Was the Iron curtain actually present at the time of the Fulton speech?

On March 5th, 1946, Winston Churchill said in his Sinews of Peace speech that

From Stettin in the Baltic to Trieste in the Adriatic, an iron curtain has descended across the Continent.

At the end of the 20th century the term "Iron curtain" meant the absence of movement of freedom between Eastern and Western blocs, i. e. it was hard for individuals and organizations to move from Eastern Europe to Western Europe and vice versa.

Did such lack of freedom of movement exist at the time of the speech (March 1946), i. e. was it hard to impossible for individuals and goods to travel from places occupied by Western troops to those occupied by the Soviet ones and vice versa?

If, say, a Pole, wanted to emigrate from Poland in March 1946, could he or she easily leave the country?

Independent of political reasons, travel for private persons was greatly restricted until 1949.

Churchill feared, correctly, that politicaly a division was being created by the Soviet Union to separate their area of influence from that of the Western Powers.

Occupied Germany was still (in 1946) under common Allied control, so Germany was excluded by the use of the city name Stettin

In reality the city name of Lübeck could have been used 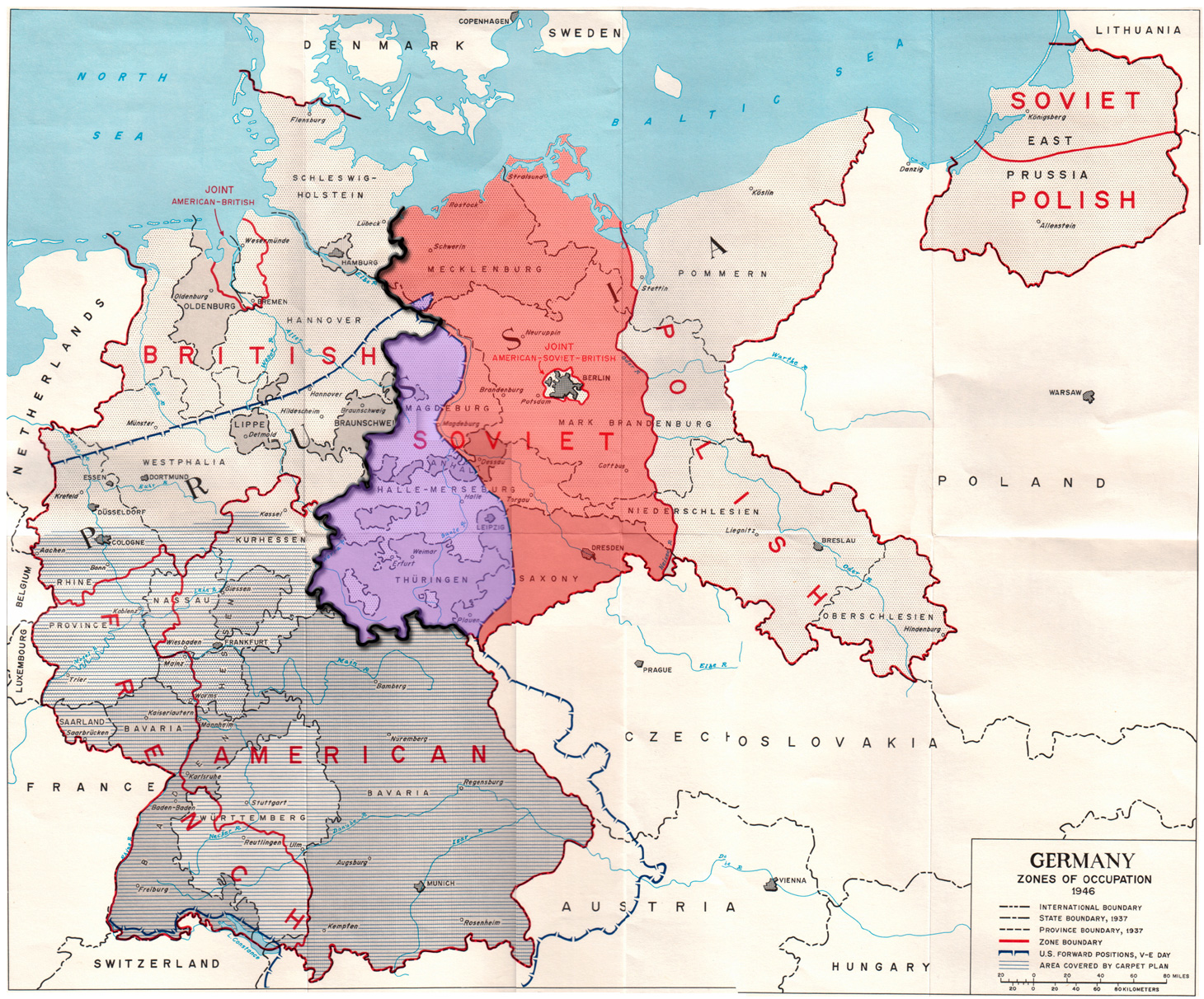 After occupying their Zone in Germany, the Soviet Union started immediately to fortify their border to the US and UK Zones with bob wire.

On June 30, 1946, the boundary between the Soviet garrison zone and the Western garrison zones (the American, British and French zones) was blocked. The Soviet military administration in Germany (SMAD) had previously asked the Allies to secure the line of demarcation to the Western zones. A special identification card, the Inter-zones Travel Passport (Germany), known as the inter-zones passport, was introduced by the Allies. This had to be applied for by citizens wishing to travel in occupied Germany.

Not sure if the same is true for the areas inside Austria. The systematic closing of the borders started on the 26 May 1952, which included the borders between the Western Sectors of Berlin and the Soviet Zone.

It is assumed this is what led to the 'Iron' in the term used by Churchill.

For Czech border it was not so much the case in 1946, since the Soviets had less control there until the 1948 Czechoslovak coup d'état.

In general, travel for everyone (East and West citizens) was greatly restricted. Permits were needed for everything.

Another problem was documentation of the individuals were in a sorry state.

I have seen Polish passports, issued for persons to work for the polish government as a representative to the US Military government in Frankfurt. Almost 1/3 of it was filled with the needed permits to travel and stay there (add to that return trips home for consultations).

For an individual, even with reliable documents, it would have been very difficult due to the general chaos that exsited on both sides.

Add to that any political reasons against emigration that any of the local governments may have had, then 1946-49 were not good years for travelling.

8
What was the reaction of Western Communist Parties to Kruschev's 1956 speech denouncing Stalin?
15
Austria and Iron Curtain during Cold War
9
Who is the historical figure in McCarthy's speech, “When a great democracy is destroyed…”?
4
What was the reason for the geographical error in Churchill's “Iron Curtain” speech 5th March 1946?
1
Who was a Roman General for a short time?
20
What was the policy on academic research being published beyond the iron curtain?