She was supposedly a trust-funder visiting Los Angeles at the time to attend her father's funeral (source, source). I haven't found out his name using the obituary search tool of the LA Times nor keyword searching (Chester is much more common as a given name). Lisa Chester herself overdosed and died in New York on June 6, 1987.

Did she miss her father's funeral? 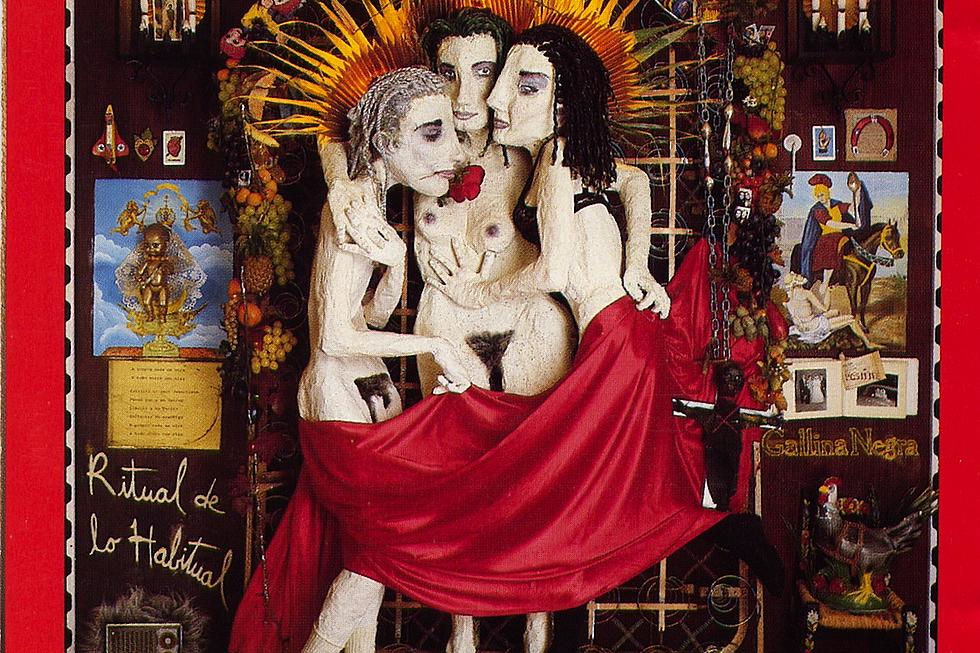 Most likely not. Or if she did, it wasn't because of "Three Days".

Several accounts of "Three Days" give the impression that the eponymous weekend was concurrent with Xiola Blue being in California for her father's funeral. This naturally leads to the question of whether she actually attended the funeral, or if she was too otherwise occupied. In reality, however, the available evidence suggest a significant time gap between the two events. 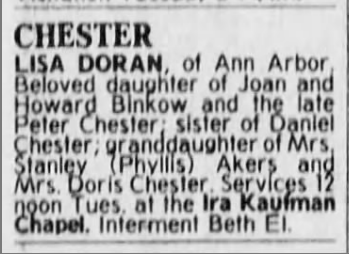 Lisa Chester's biological father was Peter Howard Chester[1], a lawyer and native of New York City[2]. At some point he relocated to Orange County[3], California, where he passed away on 12 June, 1986[4]. She would have been barely 17⅔ years old. Given that the North American school year typically began around September and ends around June, Lisa was likely graduating from high school and starting on her summer break at the time of her father's funeral.

We know Lisa met and dated (and received heroin from) her cousin, Perry Farrell, when she was around 14[5], and that years later Farrell introduced her to Casey Niccoli. The exact date is unknown, but Niccoli's account indicates that they interacted for appreciably longer than three days[6]; and that during this period Lisa was already funding her drug addiction with money she had inherited from her father[7].

Given that funerals are generally held soon after death and inheritance would take some time to process, it is probable that the funeral was over by the time Lisa met Niccoli. Moreover, it is unlikely that Lisa stayed with them for the funeral which is presumably held in Orange, rather than Los Angeles, because Niccoli explains that:

[Farrell] said, "She's a friend, I went out with her, but she's too young for me. I'm in love with you, but I really want you to meet her. She's fun, she's really cool. She's coming to town." So I met her and we became friends, although she ended up moving to New York to go to art school so we didn't see her a lot.

There is no indication that their first meeting was related to Peter's death or funeral. In fact, the language here strongly suggests that Lisa was living nearby for a significant length of time before moving away to New York (notice she does not say "return to" NY) - certainly longer than just three days. She may have been visiting Los Angeles from Orange, which is sufficiently close by for regular meet ups, and yet distinct enough to be described as "coming to town". It is much more likely that she stayed at her late father's residence, perhaps with her paternal grandmother[8].

This is significant because as @JdeBP previously wrote, Farrell's housemate and band name inspiration, Jane Bainter, states that the infamous "Three Days" took place when Lisa came to visit from the East Coast[9]. Note that Lisa Chester's maternal family are Michigan, which can in no way be described as the East "Coast". Indeed, her own obituaries describe her as "Chester, Lisa Doran of Ann Arbor"[1].

This is reinforced by sources which describe the events immortalised in "Three Days" as the last time Farrell saw Lisa alive[10]. Given we have established that they knew Lisa for much longer than just three days, this could not have overlapped with her father's funeral.

Taken together, the evidence suggests that:

[1] Lisa's obituary in the Detroit Free Press states, "Beloved daughter of . . . the late Peter Chester"
[2] The Detroit Jewish News reported in June 1966 that Joan Barbara Akers has married Peter Howard Chester, a New Yorker.
[3] Perry Farrell, in an interview with Mojo in August 2019, recalls that "she'd drive up in her parents' Cadillac from Orange County".
[4] I could not find any obituaries online, but familytreenow.com supplies a death record purportedly sourced from the US Social Security Death Index, which matches up with the known details.
[5] Farrell Interview
[6] Brendan Mullen's Whores: An Oral Biography of Perry Farrell and Jane's Addiction: "Xiola was another person that we did drugs with occasionally . . . It wasn’t a daily thing. She had a little friend with her, whose drug habit she also supported . . . I really loved her so much. I really cared about her a lot."
[7] From Whores: "[Xiola was so] colorful and creative, but she's also a hardcore heroin addict. She was a trust-fund baby and had tons of money which she would just spend. Her father had died and left her a bundle."
[8] As with Peter Chester I could find no obituary online, but familytreenow.com lists a Doris Geller Chester as having passed also in Orange, California. She married Milton Theodore Chester, who had passed by the time Lisa's parents married.
[9] From Whores: "[Xiola] came out from the East Coast to visit Casey and Perry, and they had a long weekend together of sex and drugs, which the song "Three Days" is all about."
[10] Robert Dimery's 1001 Songs: You Must Hear Before You Die: "Its lyrics concerned Xiola Bleu, an ex-lover of Farrell's who stayed with the singer and his partner, Casey Niccoli, when she attended her father's funeral in early 1986. Farrell never saw Xiola again."

Well there's an account by one of the people involved.

According to Jane Bainter, Farrell's housemate, Xiola Blue made the trip in order to visit Casey Niccoli and Perry Farrell. Bainter makes no mention of any funeral. Neither, notice, does the Guardian article that you hyperlinked to.

Jane Bainter: Xiola Blue was another huge influence on Perry. More like an inspiration than an influence. She came out from the East Coast to visit Casey and Perry, and they had a long weekend together of sex and drugs, which the song "Three Days" is all about.

One thing that's amiss from the story is that Lisa Chester didn't plan and go to any funeral that related to her 'official father': 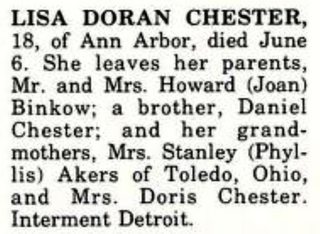 That of course doesn't exclude any more complicated patchwork family setup: her really going to Los Angeles to attend her biological father's funeral. But it also lends credibility to the theory that the funeral part may have been made up. Whether by her initially, or by pop-mythologists afterwards. The last names in the obituary offer at least more material and dates to go after.

Not the answer you're looking for? Browse other questions tagged california music individuals or ask your own question.

9
How many Russian people did Tsar Ivan IV (“the Terrible”) kill?
5
What did “opening day” mean in the 18th century?
8
Why did Shostakovich not release his 4th, but did release his 5th symphony?
9
Did Jim Morrison ever comment on his father's career choice or role in the Vietnam war?
4
Where did Nguyễn Văn Thiệu (Thieu) learn his English?
1
What did Cosima Wagner mean by coating music?
1
Why exactly did Messiaen never meet the Nazi guard who helped him again, after the war?
3
How did Pontus de la Gardie drown?