Where can I find an official record of names and service dates for commanding officers of former US Navy vessels?

I'm particularly interested in records for the Indiana-class pre-dreadnought battleship named USS Massachusetts (BB-2). Can this information be found online?

The Haith Trust maintains a catalogue of online historical copies of the U.S. Navy Registers for Officers both active duty and reserve 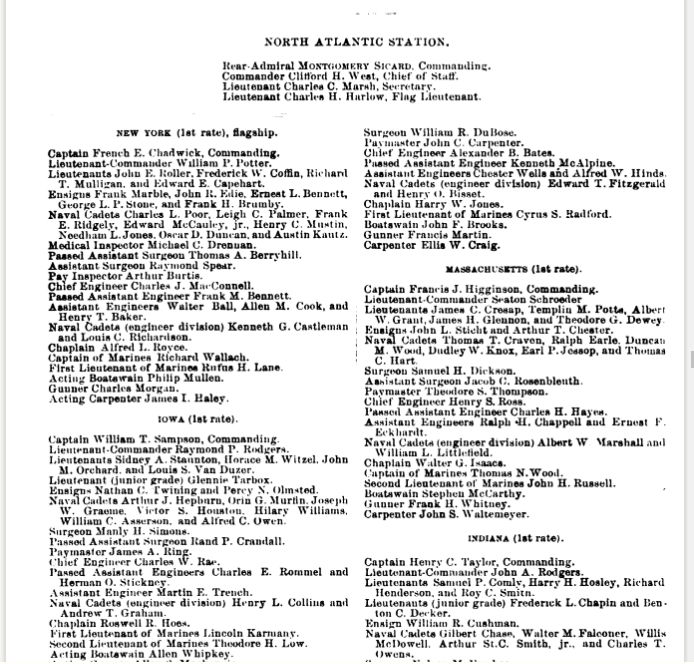 On page 131 of the same register we find the squadron assignment of all the U.S. Navy First Rates including Massachusetts: 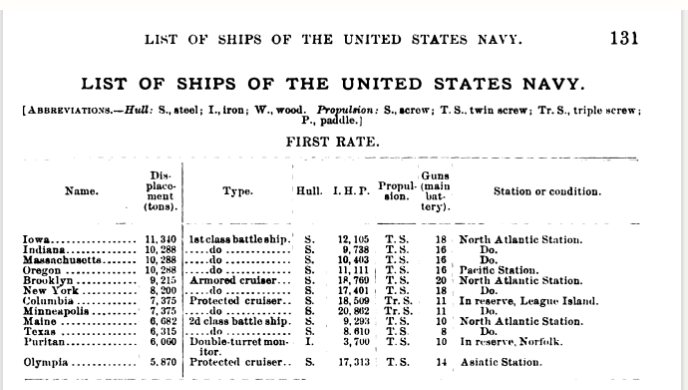 and is likewise found in the preceding year's (to January 1, 1897) register, 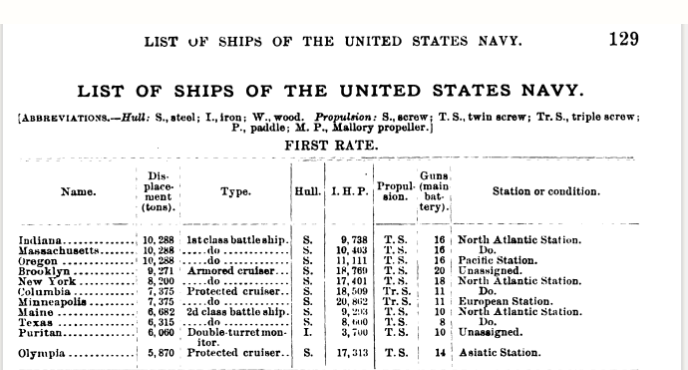 commanded by Captain Frederick Rogers, as part of the North Atlantic Squadron. 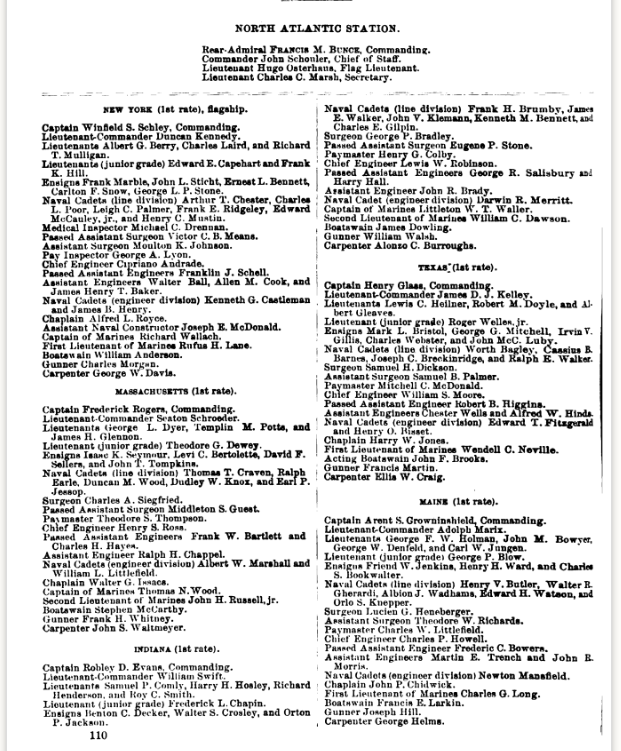 Conceivably you could do it the hard way by starting with the Register of Commissioned and Warrant Officer in 1897 (yes, I know, Massachusetts was commissioned in 1896, but after the register for that year was published) and check the entries on the captains’ list, for the most part, since battleships are usually commanded by captains, every year until 1919. A sample, let’s see:

After recommissioning in 1910 as a midshipman training ship

Massachusetts final decommissioning was in 1919 & she was scuttled in 1921 off Pensacola after serving as a target for coast defense batteries at Fort Pickens.

Registers are available in various places and formats, for example, here: http://www.ibiblio.org/hyperwar/AMH/USN/Naval_Registers/

What ever you do, don’t pay for one.

Added later, you might also want to look at: http://www.navsource.org/archives/01/02a.htm scroll to the bottom.

You could try the The Library of Congress or the National Museum of American History. There is also a war museum along the same lines, but I cannot remember its name.

In the worst case scenario, there are professors in big universities that may know such information. If you can get a call in, you can call the NAVY

All hail the USS Roosevelt. It's my favorite schooner. :P

Not the answer you're looking for? Browse other questions tagged united-states military navy or ask your own question.

18
Are photos of WWII US Navy damage reports available online?
8
Suffragettes vs. Einstein
5
What Insubordination Did Colonel Sanders Do With Prudential Life Insurance?
3
Were there crewmen from other USN ships on USS Missouri when the Japanese surrendered?
0
Where can I find a reliable source for the U.S. national population estimated since 1790?
7
In what case was being called a Federalist considered libel?
2
Where can I find data on the amount of fuel carried by WWII Warships and what their operational ranges were?