Can anyone identify this uniform? Time period is 1841 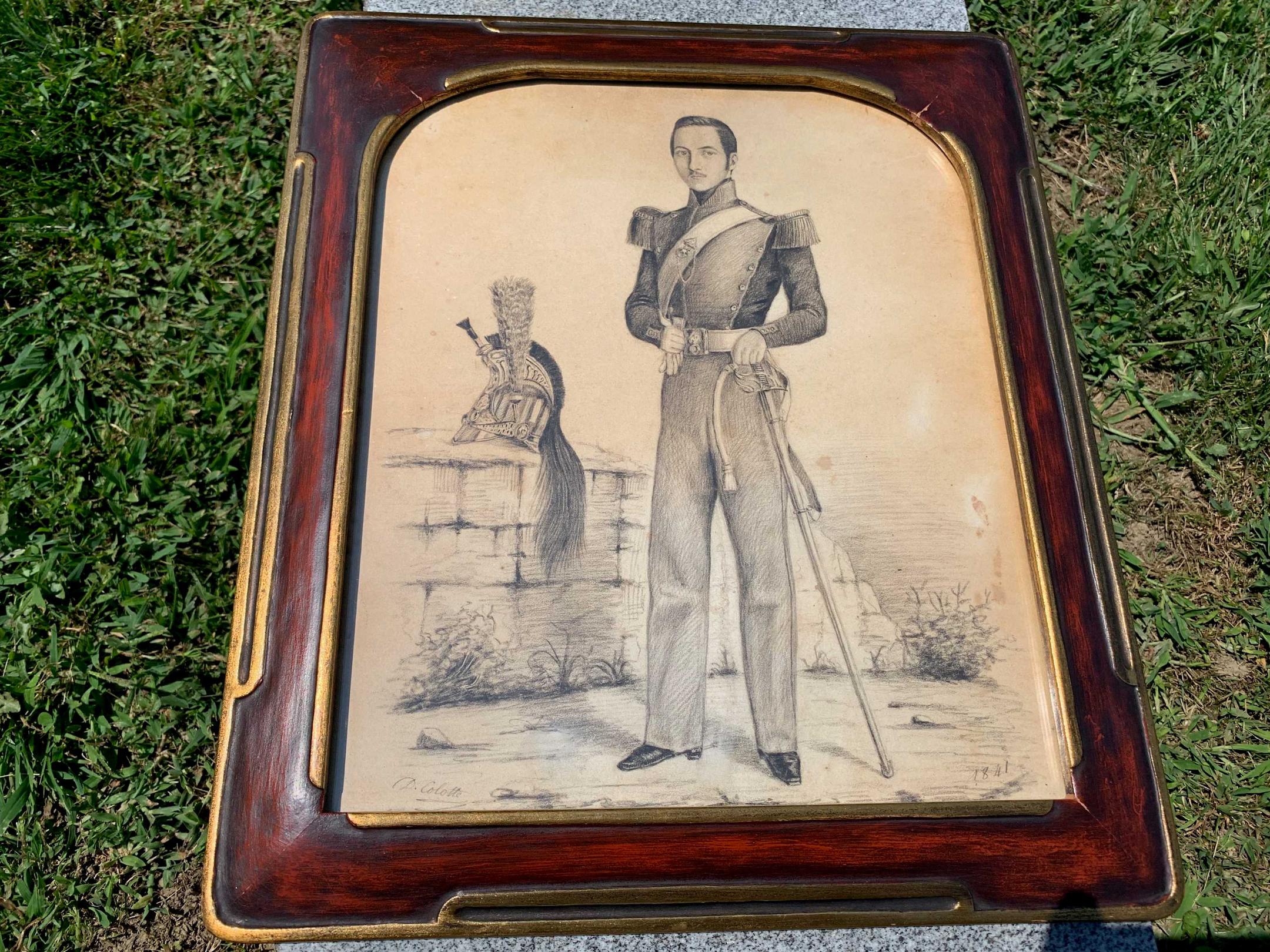 Also, the headware is particularly interesting. Any help will be appreciated. Thanks, Martha

I have found what appears to be a close match to your ancestors uniform. A plate found on the site weaponsandwarfare.com shows a soldier from the French 8th dragoons, circa 1827, which has many matching characteristics. 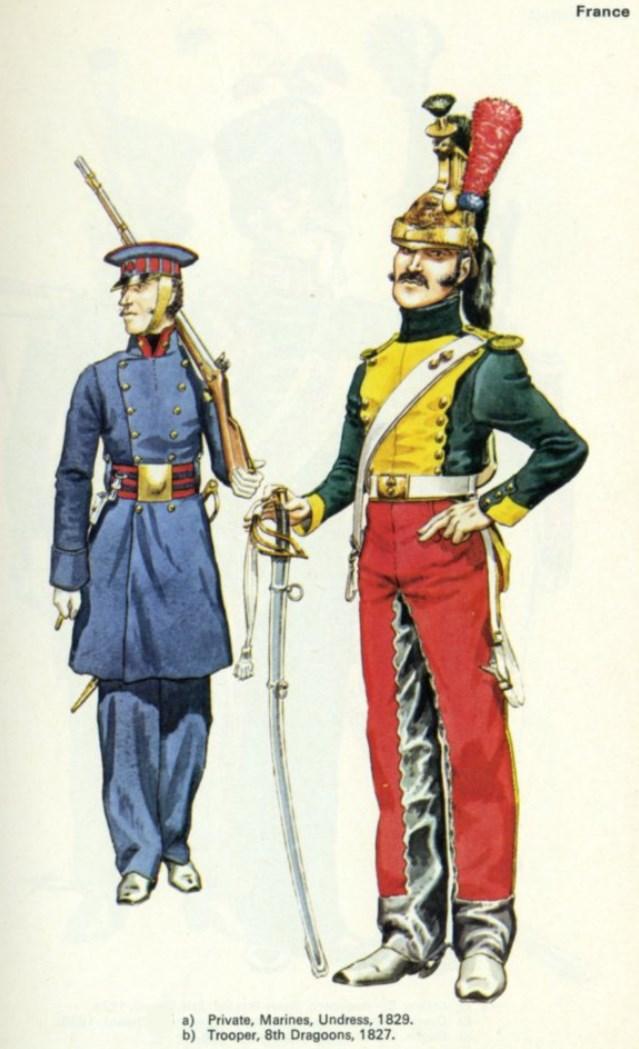 The details which seem to closely match would include the shape of the symbol on the belt buckle and medal on the sash, button count and pattern on the uniform and sleeve, tassel on the sword, and many features on that spectacular helm. Discrepancies I see include the collar design, epaulets, and the lined pants. The associated entry on the website discusses the image, and notes variations existed:

This plate illustrates the Dragoon helmet (also issued in steel to the cuirassiers) which was authorised in 1821 but in some cases probably not adopted until 1825, succeeding that shown in Plate 8. Of a most unusual pattern, of the traditional Dragoon brass, it had a horsehair mane and aigrette, and a hair ‘brush’ along the top of the crest. In 1826 squadron-identification in the form of a coloured ball placed at the bottom of the plume was added, in blue for the 1st squadron of every regiment, crimson for the 2nd, green for the 3rd, sky-blue for the 4th, rose-pink for the 5th and yellow for the 6th. This helmet lasted until 1840, when it was replaced by a more conventional pattern with ordinary mane and leopard-skin turban. The jackets remained the traditional dragoon green in colour, but by 1823 new facing-colours had been introduced, of deep rose for the 1st-4th Regiments 5th-8th yellow, and crimson for the 3th and 10th. Trousers were grey with piping of the facing colour, later changed to plain red for dismounted wear and red with leather reinforcing for mounted duty, but it appears that there were variations in this rule; the print from which this plate is taken shows red trousers with piping of the facing colour!

The above mentioned change to the 'leopard skin' variety of the helm (seen here) in 1840 helps to confirm the dating on the artwork, establishing that your ancestor received his uniform pre-1840.