It's sitting in front of Escuela Militar in Lima, Peru. Looks like a 1930's French or British tank/tankette (Bolivia used some UK tanks in a war in the 30s). Not in the AMR3x series as far as I could tell. Note what looks like a Renault FT17 track - higher in the front than in the back, but less pronounced. Looks like possibly a water cooled machine gun rather than the stubby low-velocity low-caliber guns typical of the interwar tanks. Quite small.

edit: it only looked a bit like the FT17's higher front, but then looking more closely at the photograph, it looks like the 2nd front and 2nd last bogie are the same size. I didn't think it was a FT17, merely something that might have come out from the same design bureau 10 yrs later. 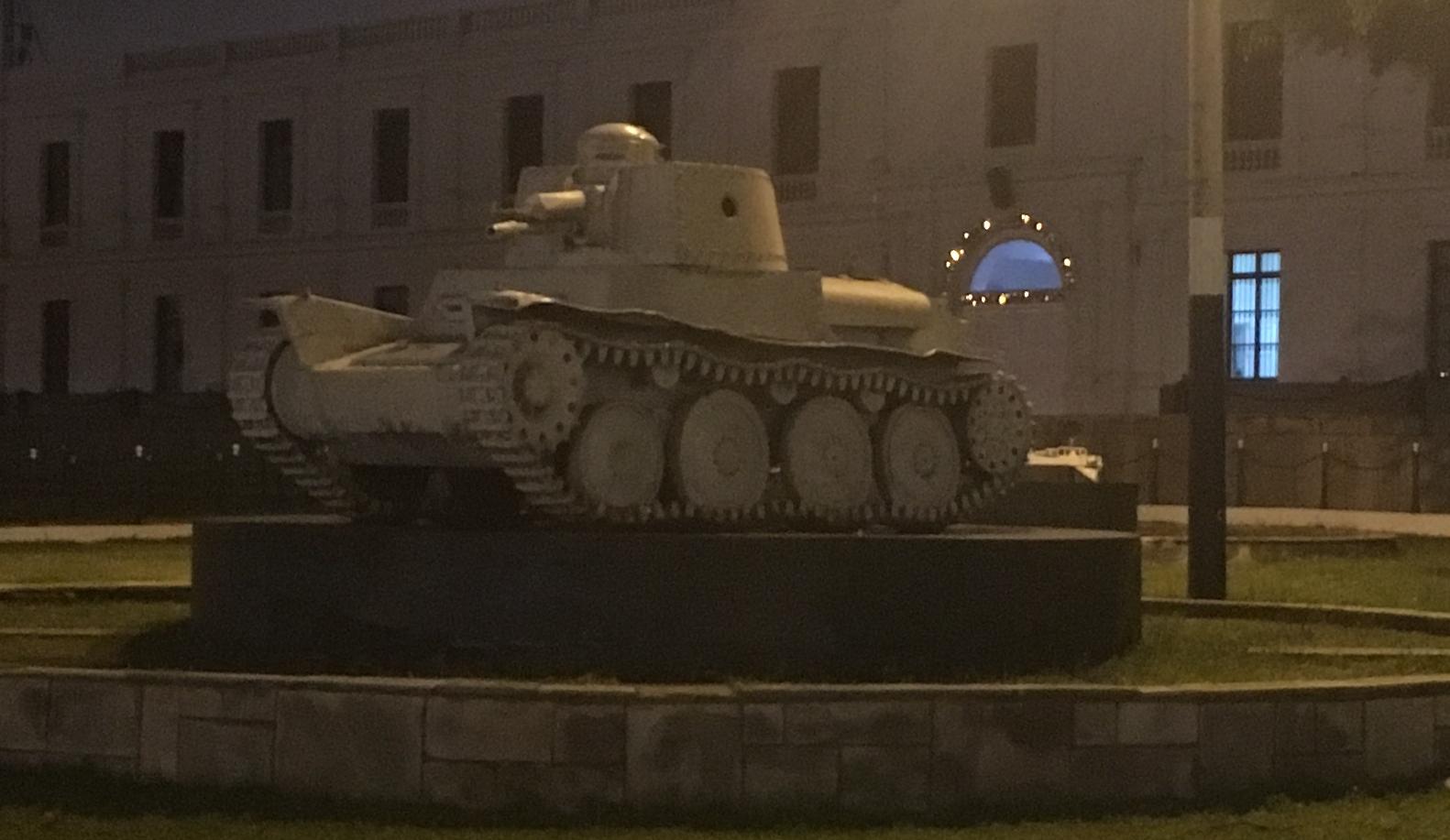 They were apparently the only tanks Peru had in the war with Ecuador, bought by a Peruvian mission to Europe. The size of the wheels match, it is not a Vickers or FT17.

Not the answer you're looking for? Browse other questions tagged identification tanks south-america or ask your own question.

2
Can you identify the "Tank Limo"?
9
What type of military uniform is this?
6
Who sold this book in London in the 1930s?
2
Does this CIA report describe the Soviet T-54 tank?
5
Which types of tank are on this photo?
21
What type of plane is this wreck?
11
Can anyone identify this tank?
27
Identify the circa 1920 uniform in this photo