What is this consistent symbol in the Spanish coat of arms? [closed]

Ask Question
Asked 1 year, 5 months ago
Active 1 year, 2 months ago
Viewed 342 times
0
Closed. This question is off-topic. It is not currently accepting answers.

I have been reading Spanish history today, and have noticed a very distinct commonality in the flags and coat of arms for various periods, but I haven't been able to find precise explanations of the mythology or meaning for the creature consistently depicted, see example attached.

This is from the flag of Leon, seems to be a phoenix, but I really have no clue. 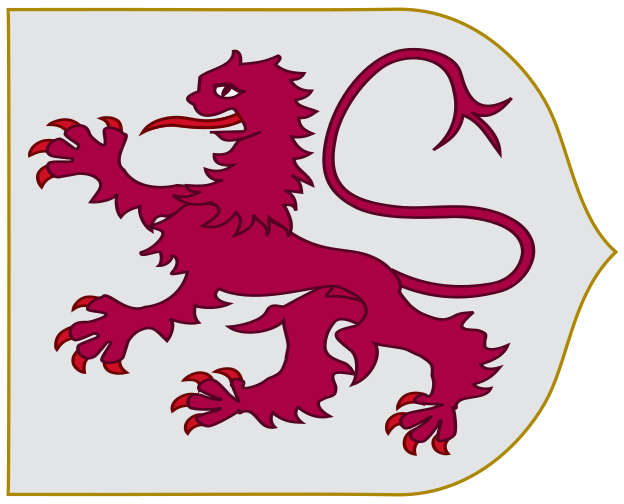 First, you should have your comments in the question itself, paraphrased accordingly.

Second, heraldry is an entire subject-matter, which requires expertise to understand the symbols.

Finally, in order to avoid anachronistic interpretations, we should be aware that bestiary during the medieval period was not precise (emphasis mine):

The bestiary was a popular genre of work in medieval Europe, especially during the twelfth and thirteenth centuries. Medieval bestiaries quite often describe ‘tigers’. It is very obvious that their authors had never seen a tiger and had very little idea what one was like. Tigers are usually described as having spots, and being able to run very fast, which would seem to indicate that the word ‘tiger’ was actually applied to the cheetah. Many bestiaries are illustrated, and the pictures commonly show a spotted animal, with no sign of any stripes. A manuscript now in the Bibliothèque Municipale de Douai (MS0711), in France, includes a depiction of a rather dog-like ‘tiger’, spotted all over with bicoloured rosettes.

This was about tigers, not lions but it applies all the same. Morphological precision was not their forte.

I may note that the purple lion is a sort of a heraldic pun, which is termed a canting coat of arms.

Rosenkrantz can be translated as rose wreath or rosary. The family's name appears to be derived from the coat of arms, in which we find a wreath of heraldic roses instead of the usual torse between the helm and the crest.2

Gyldenstjerne, also spelled Gyldenstierne and in Swedish Gyllenstierna (English: Golden Star), is a Danish, Norwegian, and Swedish noble family divided into various branches and ranks. It is one of the oldest noble families in Scandinavia.

The family surname appears, in the form of Guildenstern, in William Shakespeare's tragedy The Tragedy of Hamlet, Prince of Denmark (see Rosencrantz and Guildenstern).

The Gyldenstjerne coat of arms is blue with a gold seven pointed star.

The Kingdom of Leon was named for the main city of Leon.

Its modern name, León, is derived from the city's Latin name Castra Legionis.6

So clearly the lion coat of arms of the City of Leon and the former Kingdom of Leon is a Spanish language pun.

The coat of arms of the former Kingdom of Castile is red with a gold three towered castle. Castillo in Spanish means castle.

So even institutions as important and serious as kingdoms can have coats of arms that are visual puns.

Not the answer you're looking for? Browse other questions tagged middle-ages spain flags heraldry or ask your own question.

14
White on Polish coat of arms
9
Was coat of arms of Afghanistan of 1928 influenced by Soviet symbols?
11
Whose colors/coat-of-arms did men-of-arms wear in a feudal army, 14th century?
1
Why do (almost) all countries have a flag, coat of arms, anthem, national holiday etc.?
8
What does this Swiss banner/blazon/coat of arms/flag stand for?
4
Are the Swiss flag and the flag/coat of arms of Piedmont related?
9
Is this costume plate from Theatrum Orbis Terrarum correctly colored?
4
Can anyone help me identify this Coat of Arms?