Need to identify a European uniform from around 1900 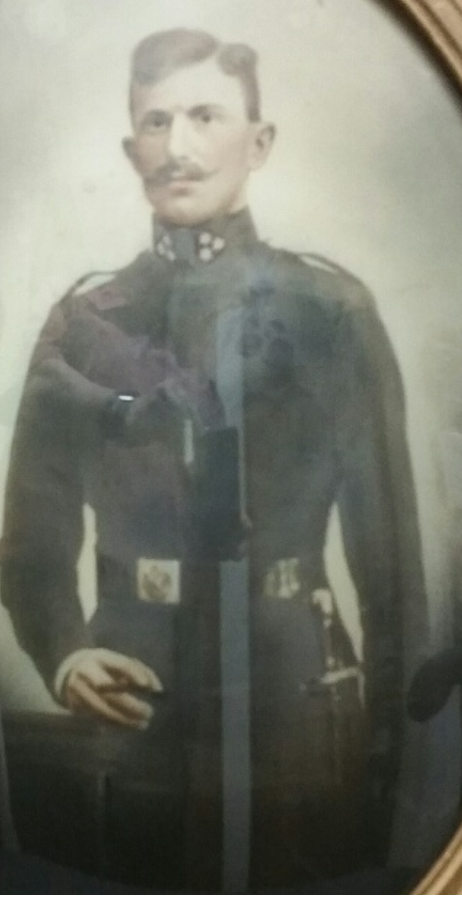 This is my great grandfather...from somewhere in eastern Europe...family from Istria.

In this photograph, an individual identified as an Austro-Hungarian soldier seems to be wearing a similar uniform, complete with the three dots on the gorget (collar), epaulets, belt, and bayonet. Your image is too dark to make out the pocket details. Since Istria was part of the Austro-Hungarian empire until 1918 someone from that region serving in the A-H military would not be surprising.