How would a king's servants prove that they are on a task given by the king?

How would servants of kings, lords or so on, prove that they are on some task given by their lord if someone were to question them?

I imagine a letter written by a ruler would be enough for those who could read, but what about the illiterate people? And even letters could be counterfeit.

My main interest is in middle ages Europe (15-16th century). Signet rings are what I first had in mind as the Wikipedia article states they are "used to attest the authority of it's bearer..." I was looking for objects beyond letters, that could prove a person has the authority of someone higher than themselves. Signet rings are basically what I am looking for but I believe they were very personal, and not handed out as sign of given authority.

Again complementing the above answers: I was in Zurich's Landenmuseum, and they have the original golden seal of Charles the Bold, Duke of Burgundy.

One of the problems that lead to the defeat of Charles the Bold of Burgundy in a series of battles against the Swiss, was the loss of its golden seal. His military commanders only would trust direct ducal orders if sealed by his personal seal - so his chain of command was broken.

Seeing how intricate the seal image was, it is easy to conclude that it should be harder to forge than a signature: some kings did not really trust signatures, e.g. see how simple was the signature of King D. Pedro II of Portugal. Would you trust an order just because of these lines? Many portuguese or spanish kings just signed 'El-Rey' or just 'Rey' as above.

And signet rings were personal, but this may be not an issue.

A Diocese, Abbey, or University had its institutional signet ring, different from the personal seal of the Bishop, Abbot or Dean. Some (not all) dioceses use wisely these different seals (even today): when you see the bishop seal (with dangling tassels and galero hats) you know that it comes from the boss himself; when you see the diocesan seal (with mitres), it comes from a lesser official. So if the delegated power of the lesser official is clearly established, he does not need a copy of his boss' personal seal.

And there may be various commanders/messengers beyond suspicion, due to ties such as blood or religious brotherhood, or if there was no hope of mercy from enemies (vikings, muslims, etc).

Connecting the 2 points: close family of the Lords could have personal seals based on the Lord's seal but differentiated by cadence marks. So it would be clear to lesser officials that the order was not sealed by the Lord, but by the Lord's brother - the brother did not need to carry a copy of the Lord's seal, the Lord only had to establish clear rules about the powers delegated to his brother - going all or nothing as "only my personal seal authenticates order" like Charles the Bold would be quite dangerous, but after all, he is not called 'the Bold' for nothing.

Moreover, today we have tech to investigate more crimes - generally this allows the punishment to be less severe - as a less severe penalty may suffice as deterrent if there is no impunity. There were many harsh penalties, including death under torture, for a variety of crimes in the middle ages. I suppose someone caught impersonating his Lord on serious life-or-death matters would be severely dealt with.

Besides, it would be taken at least as perjury - a serious crime and sin in a age when people were more religious and had to trust more in the spoken word than today.

Finally, authenticating orders may not be such a relevant issue if the armies/domains are small and directly commanded/visible by the lord. This may be true for smaller local disputes.

Expanding on the answer by Mark C. Wallace - Even high level transactions could be verified by livery, if not by the envoy personally then by accompanying personnel. Any counterfeit of such livery would have been an expensive and time consuming proposition, particularly as the livery of senior officials frequently incorporated precious metals, particularly gold.

Ney caught up to Napoleon at Charleroi, early afternoon of June 15th, 1815, having spent three days in a goat cart to do so. Deciding that degree of effort was worthy of trust, Napoleon decided to give Ney command of the left wing. But how to credential Ney sufficiently that both Reille and D'Erlon, in command of the II and I Corps respectively, would be confident in Ney's authority? This problem was particularly acute in wake of the desertion by Louis-Auguste-Victor, Count de Ghaisnes de Bourmont, and his staff just that morning.

The solution was to provide Ney with an escort of one squadron of the Imperial Guard Red Lancers, with the direction "Use them lightly." Any general of France could be certain that a person escorted by that renowned regiment had the full confidence of Napoleon. 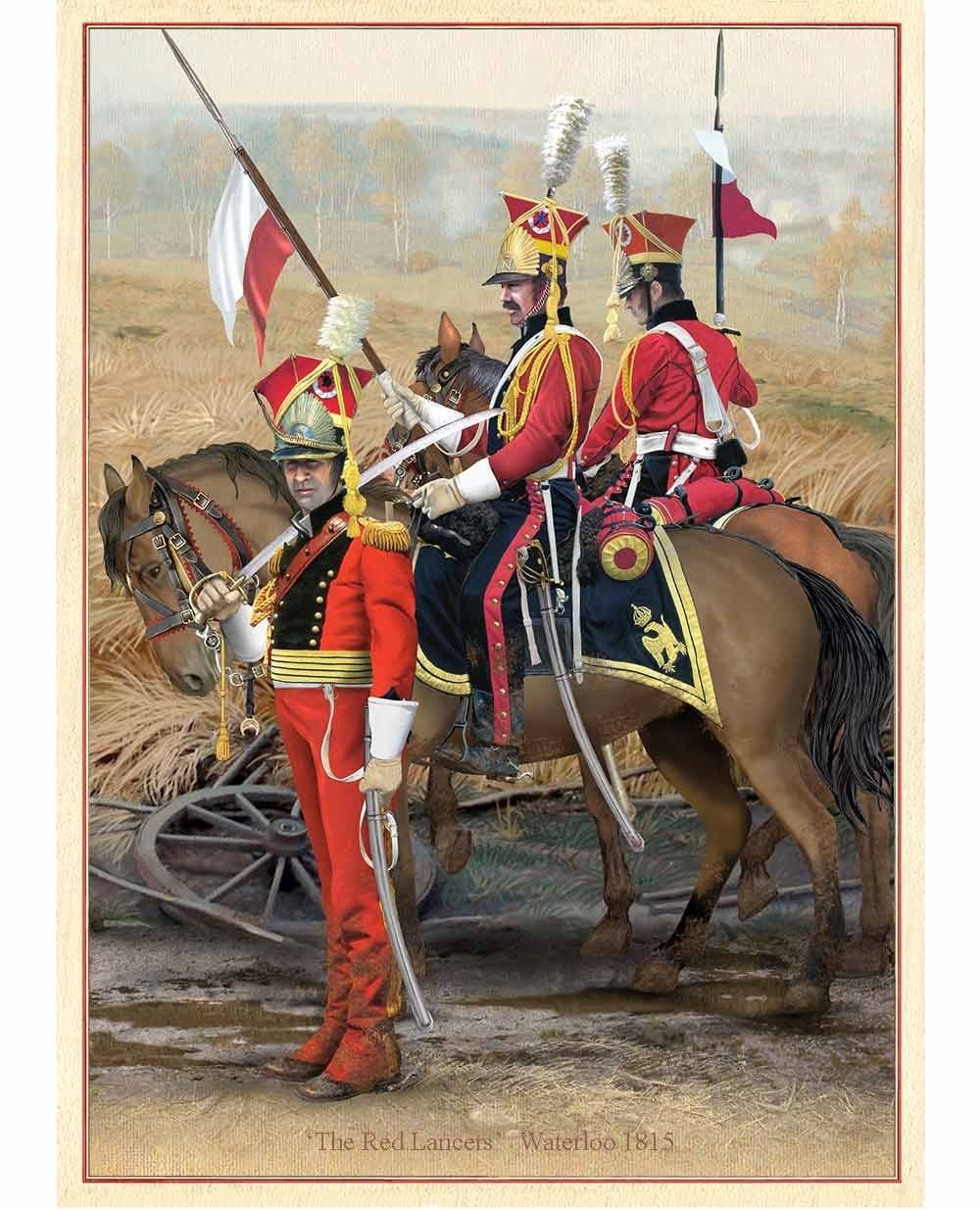 In the case of the Red Lancers - all that glitters, is gold.

In Napoleon's army every dispatched division and higher commander was expected to forward a situation report twice a day to both his immediate superior and Berthier, each report to be forwarded by three couriers dispatched an hour apart, by three different routes. Berthier's staff likewise distributed orders by the same protocol, typically also informing all adjacent units to each command of what the unit's role was to be, to facilitate coordination.

While Berthier was breaking ground with the thoroughness of his methodical practice, this was n the nature of an incremental, not revolutionary, approach.

The Swedish mail (which in 1636 was created (?) as a government related body) had to freely transport mail for the administration. One trouble which came from the beginning basically was that persons in authority also sent private mail with post (which was exempt from tariffs.)

Which is a trouble because:

All of this partly because that cheapskates sent mail with the pretext that it was on the king's business.

I would expect everyone in Europe (and the Americas) who was entitled to send mail for free because some of it is in King's service also did sent a fair amount their private mail without paying for transport.

In the 17th and 18th century the Swedish mail changed business methods, under a number of years a general post master in Stockholm ran it as his own authority (while skimming and paying an agreed sum to the King) while in other periods the mail was outsourced to a noble man so at that time the King didn't got any income from the mail (but the noble man agreed to provide some service or loan the king a fairly large amount of money.)

While the post is outsourced, unauthorized franking did hurt that noble man's own income.

The farmers which was the couriers of the post got tax exemption in return for their service. Later on the expansion of business activities, state's administration and demands on the service qualities/performance caused an imbalance between the value of the tax exemption and the necessary work to be done. A fair number of couriers and post masters in the different towns was aware that some people uncorrectly used their permission to employ franking which with increasing demands on couriers became more sensitive politically.

20
How long would the average sword last in the middle ages?
8
How did the crusaders "know" that they found the Holy Blood?
9
Why did Stephen II of Blois (father of King Stephen of England) abandon the First Crusade in 1098 knowing how much he would lose by doing so?
11
When was King John of England given the name 'Dollheart', and who first used it?
22
Who are the three men standing and what are they holding at this University of Paris Doctors' Meeting?
14
How would one muzzle a full grown polar bear in the 13th century?
9
How close would a peasant from middle ages England ever come to interacting with the king?
0
How would “distraint of knighthood” law in medieval England fit with the fact that all knights must be of noble birth?