Was there car insurance in the USSR?

I can't imagine how it works in a planned economy. Does the government replace your car if you crash it? Was there no sort of insurance?

Actually, there was a famous Soviet movie from 1966, Береги́сь автомоби́ля, whose plot centers around car insurance: The main character sells car insurance during the day and steals the insured cars at night and, after selling stolen cars, donates the proceeds to orphanages. (No, he is not crazy, he even has a document certifying his sanity.) The movie is quite good (great director and cast of actors), here it is on youtube.

Edit. On a more serious note, the following info is taken from the book "Плакат Госстраха", Moscow, 2012.

Below are two Soviet ads for auto-insurance, from 1951 and 1967 respectively. Besides cute posters, the book (which is 359 page long) contains more details on personal insurance in the Soviet Union. 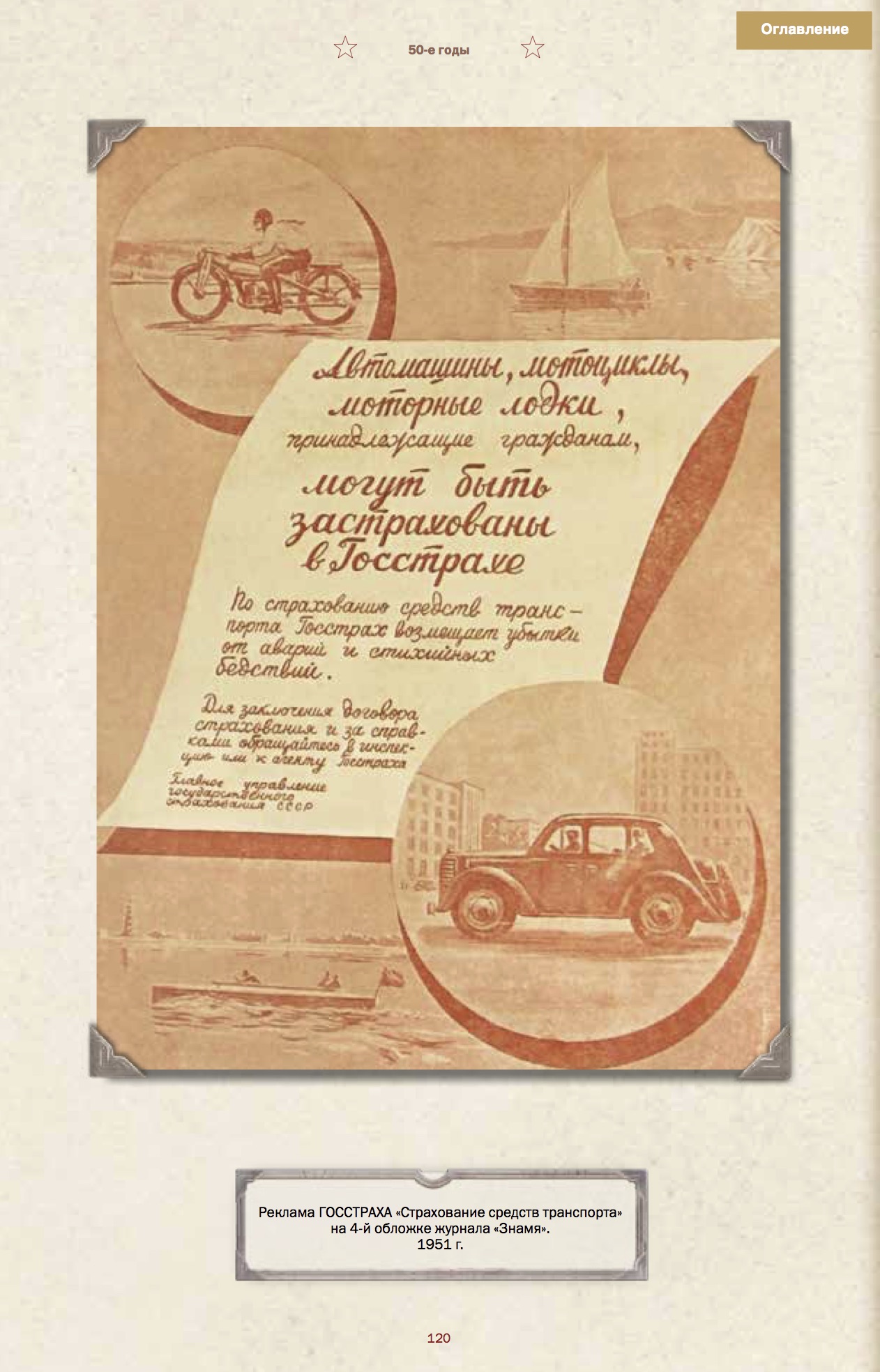 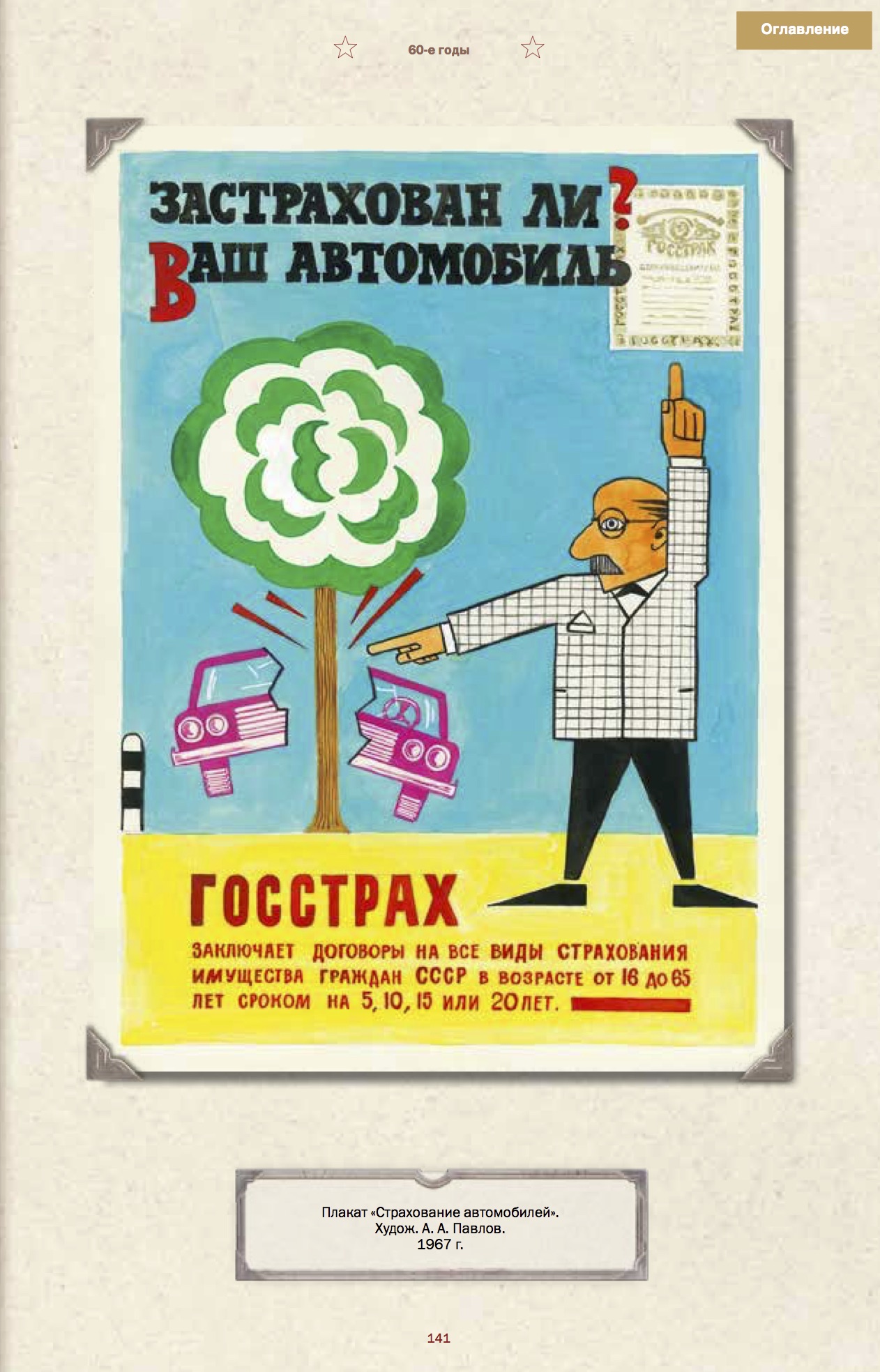 USSR did allow private property over personal-use items, which included cars and even houses or apartments. What was not allowed was private property over commercial or industrial assets ("means of production"), or private business (they turned a blind eye towards self-employed stuff like tutoring or handyman services)

There was personal insurance in Soviet Union. There was accident and life insurance (often with savings component to it), as well as insurance covering houses and cattle (critical for peasants).

Coverage for vehicle itself seems to have been introduced in the 1980's: Russian wiki
Same page implies there was mandatory coverage for passengers
But proper liability insurance was rolled out only after USSR was gone : Russian wiki

At USSR times, there was so called GosStrakh system (short form of Gosudarstvennoe Strakhovanie, aka Government Insurance). From 1946, it started car insurance program as well.

However, as any other insurance company, it had very contradictory reputation.

Cars in the USSR were not government issued, unless they were company cars so to speak, just as in Western countries. You saved up for one, ordered one, and waited until it was delivered. Difference is that the number manufactured was planned, and independent of actual demand, so you would likely have to wait for 5-10 YEARS for delivery.

Jalopnik is an interesting read, and mentions nothing regarding insurance. Of course that may be an oversight by the author, but he does mention just going to the black market for spare parts or if your car got stolen, suggesting that insurance, even if it did exist, wasn't really useful (unsurprising, as the planned economy meant that the insurance couldn't simply issue you a replacement for a stolen or wrecked car, you'd have to wait another 10 years).

Marxist.org mentions "transportation insurance" being available from 1922 but doesn't explain what that entails. This is a transcript of a booklet about the USSR published in 1929 so doesn't really say anything about the later years of the USSR when cars were manufactured locally.

Car insurance (and other private property insurance) existed, and was mandatory. The only difference in this respect with capitalist countries was that the insurance company belonged to the state, and there was no choice of insurance company, and no competition between them.

12
What were the operating principles of Japan's MITI during the 1950s and 60s?
17
What were tally sticks?
4
Does History confirm that prosperity, capitalism, and some form "democracy" or representative republican form of government always go hand in hand?
6
Post-war plan for Nazi Germany in Russia?
29
How popular was the Soviet Union?
11
In the Soviet Union, how was payment enforced for public transportation?
16
Why did the USSR stop in the Winter War against Finland in 1940?
17
Were there often intra-USSR wars? If not, why not?