Do any of the commercially produced Hinton cubes still exist?

In the late 1800’s and early 1900’s, British mathematician Charles Howard Hinton developed a system for visualizing the fourth dimension in his books “A New Era of Thought” and “The Fourth Dimension”. It involved manipulating a set of colored cubes, known as Hinton cubes, in order to simulate the rotations of a four-dimensional hypercube. Now in his (similarly titled) book “The Fourth Dimension”, Rudy Rucker says that the publisher of “A New Era of Thought” used to sell sets of Hinton cubes:

It was at one time possible to purchase sets of Hinton cubes from his publisher.

My question, do any of these commercially produced sets of Hinton cubes still exist? Or if a complete set doesn’t exist, do some cubes from a set at least exist?

If there are no extant cubes made by the publisher, what is the most recent record of them being extant? 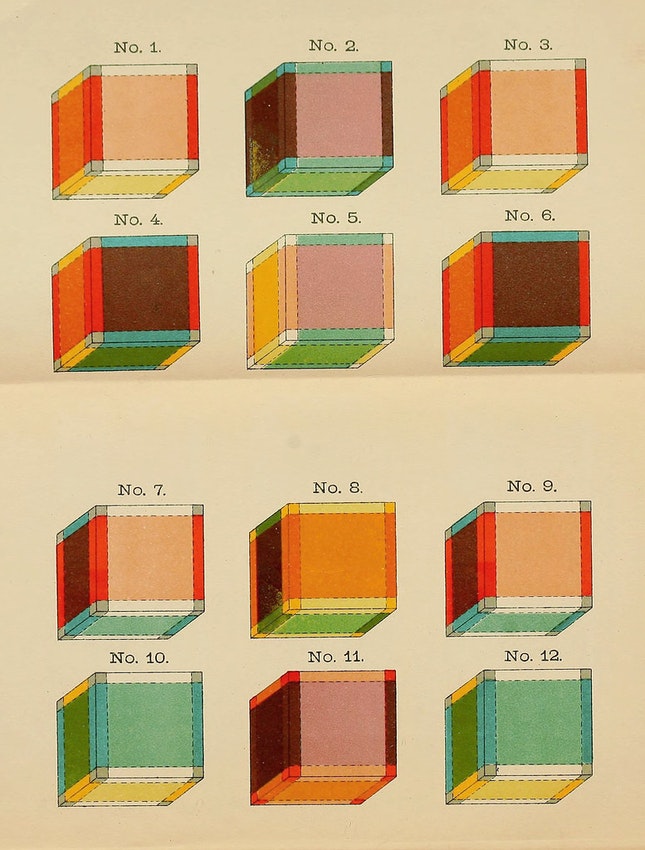 Browse other questions tagged britain mathematics or ask your own question.

22
Which Babylonian tablets contains the list of squares and cubes?
12
Did iron age Britons still use the “ritual” sites built by their neolithic predecessors?
12
Are there any ideas as to what the English landscape was like before the arrival of the Angles?
0
How many digits of Pi did the old Egyptians know?
13
Did any Chinese scholars propose a heliocentric model?
3
Does anyone know of any examples of the Magnus effect in a real battle?
11
A common find of metal detectorists across Britain is the silver “love token”, from around 1700. Do any contemporary sources describe the custom?
3
Did any “tanks in front” tactic exist during WW2?