Do Columbus' letters reveal that he was a Marrano? [closed]

Ask Question
Asked 6 months ago
Active 6 months ago
Viewed 536 times
6
Closed. This question is off-topic. It is not currently accepting answers.

In this popular CNN article, the author raises many arguments to prove that Columbus was a Marrano (hidden Jew), I found none to be very compelling besides for the following one:

At the top left-hand corner of all but one of the 13 letters written by Columbus to his son Diego contained the handwritten Hebrew letters bet-hei, meaning b'ezrat Hashem (with God's help). Observant Jews have for centuries customarily added this blessing to their letters. No letters to outsiders bear this mark, and the one letter to Diego in which this was omitted was one meant for King Ferdinand.

This article is lacking citations, so I tried searching for other sources to corroborate this claim but I wasn't able to. The reason I'm doubting this claim is because if Columbus really wrote these Hebrew letters (an exclusive Hebrew practice) then why are scholars still debating whether Columbus was indeed a Jew, I mean doesn't this prove ipso facto that he was indeed one? How else can we explain the existence of two Hebrew letters on his letters? Why is it brought as a sidenote to the other five non-compelling arguments in the article cited above? Are his letters still in existence today (or at least images of them), is it possible to verify this claim? I mean if I would see those two Hebrew letters with my own eyes, to me that would more than enough proof he was of Jewish origin.

While there are some not very widely supported theories out there that postulate some somehow Jewish origin for Columbus (esWP: Cristóbal Colón, Origen, Hipótesis secundarias, enWP: Catalan-Jewish hypothesis) this even if 'true' is not saying much about his beliefs and writing practices.

At the top left-hand corner of all but one of the 13 letters written by Columbus to his son Diego contained the handwritten Hebrew letters bet-hei, meaning b'ezrat Hashem (with God's help).

And he did mark his letters in a peculiar way: 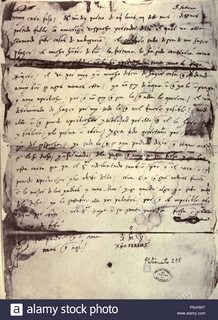 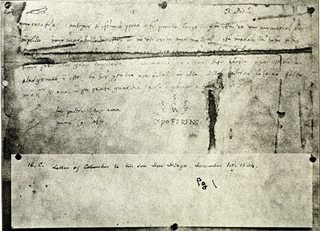 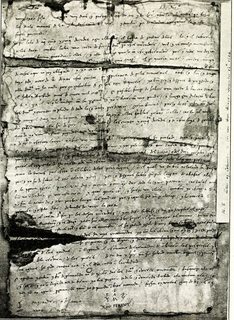 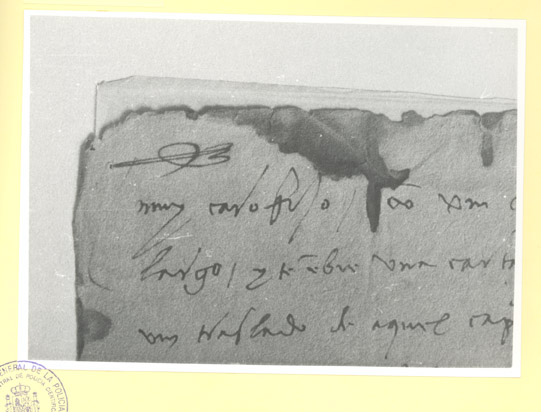 — (Beth and hei in the top left-hand margin.) On a site that promotes to see the matter as settled: 'Columbus being from Ibiza'…

Or another take on his handwriting

So, in Hebrew the letters supposedly used are Aramaic/quadratic script:
ה ב

and in the letters (many facsimiles in The authentic letters of Columbus, 1895) we see this: 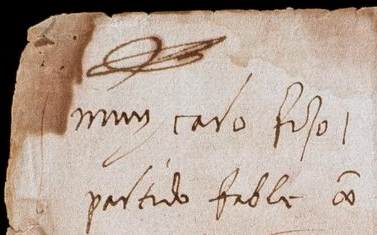 How much this resembles Hebrew lettering?

In cursive handwriting (albeit quite modern)

Wikipedia has a handwriting style for cursive Hebrew letters including in Spain and those dated 1480: 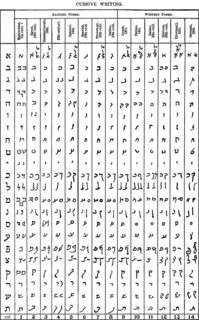 A modern letter using the acronym at the top of a letter (note that it is top right though):

But the question asks for "see with own eyes"…
Therefore I will refrain from judging the theories of origin for Columbus, here, or whether it is indeed the claimed letter combination. Just that using a certain symbol, even if it should be the claimed one, is not and cannot be the 'final proof that he was a Jew', or somehow of Jewish Origin. At best, this might add a little detail for some circumstantial evidence.

Not the answer you're looking for? Browse other questions tagged jews historical-research christopher-columbus proof or ask your own question.