Which factors led to the different casualty ratio betwen British and German forces during the Battle of Normandy?

I take for example the VIIIth corps of the British Army, which was part of multiple operations in Normandy in 1944. If you go through the different operations listed in the article, there are very different outcomes:

Overall, all those operations are considered are partial successes for Allies, since they all contributed in the end to pin down German units, exert attrition on them and leave time and space for American units to break through the forest and at Falaise. This was Montgomery strategy and it succeded from a high point of view.

Looking into the details, however, I am very surprised than the number of casualties had been so varying during the different operations. Especially for Operation Jupiter and Epsom, that went own over similar grounds and with similar units on both sides: the ending result is 3:1 to 1:1.5.

So which factors, for every British operations during the battle of Normandy (6th June to mid-August), led to the different casualty ratio ? Why didn't the British manage to keep a good attrition ratio after, for example Epsom or Jupiter?

The bocage country of Normandy, which the British were just entering subsequent to Operation Jupiter, made offensive action much more difficult. Up to July 2 the British forces were operating almost exclusively in bocage-free Nort-East Normandy.

Sniper-stalking in the bocage, June 1944: 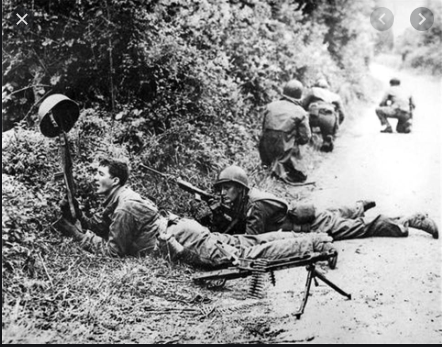 The bocage hedgerows were centuries old hedgerows between the farm fields that in places pre-dated the Norman acquisition of Normandy in the 10th century. They were so tough that tanks, unless specially equipped, were forced over them, exposing the undercarriage to enemy fire. 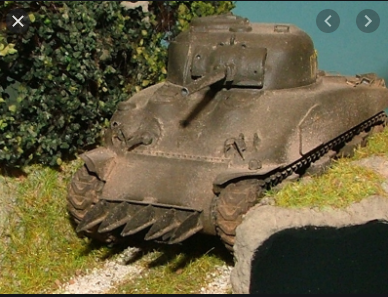 General rule for WW2 operations was that attacking force suffers most casualties breaking trough the defenders fortifications and lines. Of course, the better these preparations are (and harder the terrain) you could expect heavier initial casualties. Defenders on the other hand suffer most casualties from initial artillery and aerial bombardment, and latter if the lines are breached trying to counter-attack or worse being surrounded, cut-off, routed and destroyed. Let's see how this apply in given examples.

For Operation Epsom, it must be noted that German defensive preparations were not that great, because they didn't have time to build elaborate fortifications inland (their efforts before the Normandy landings were concentrated mostly on Atlantic Wall) . Also, natural obstacles (bocage above everything else) were not that great in this part of Normandy. However, British on their part had problems of their own. Air support was sporadic due to the bad weather. British artillery never had firepower of let's say Soviets or even Americans. In fact, British artillery doctrine believed in "neutralization" (suppression) rather then outright destruction of enemy forces. As a consequence of this flaw (which will repeat itself in subsequent battles), British failed to achieve decisive breakthrough. Instead, they were pushing slowly forward with Germans being able to reorganize themselves after each British advance. And as a consequence of not being able to decisively breach German defenses, British suffered steady casualties. Germans on the other hand made few errors on their own, with their failed counter-attacks often running into British anti-tank fire and dug-in positions. Main German error was that they were still deluding themselves they could organize armored thrusts that would decisively turn battle in their favor. Overall, they allowed themselves to be drawn into battle of attrition which strategically was better suited for Allies.

For Operation Jupiter, nothing really changed, except that British enjoyed better air support. German casualties (given at more than 6000) are disputed. It is possible that they contain losses from both Epsom and Jupiter. Again, no decisive breakthrough was achieved, but again Germans didn't have continuous defensive line and were sucked into pattern of attack and counter-attack.

Operation Goodwood differed from previous in two important aspects: first, British organized powerful air strikes at the beginning of the operation (including heavy bombers) and second, Germans were able to better prepare themselves, creating continuous defense line and defense in depth with liberal use of minefields. This coupled with positions in Caen itself (buildings used as fortification) helped them to reduce initial casualties. There were fewer German counter-attacks in this battle, possibly because of attrition of their armored forces. On the other hand, British actually relied more on tanks in Goodwood, because their infantry forces already suffered a lot, and manpower shortage after 5 years of war was felt in Britain. As a consequence, losses of armored vehicles were skewed in German favor. However, German forces were already starting to crack, and British did manage to surround and compel to surrender certain units.

Finally, we have Operation Bluecoat. This operation is often forgotten in historiography, because it mainly served to pin-down German forces and support much better known Operation Cobra. Again, it was preceded with heavy air strikes, however they were not that effective because of poor visibility. German defenses were of various quality, sometimes British attacked well-prepared fortifications supported by minefields and sometimes they managed to find gaps in German lines which were crumbling because of constant fighting and Cobra unfolding to the west. Main objective, to pin down German armor, was partially successful . Germans did manage to organize Operation Lüttich, but this failed for various reasons (attrition of German armor in previous months, Allied air superiority, low morale etc ...) . As for casualties, they are hard to discern for this operation, especially on German side because at this point Germans were nearing collapse and records of losses are often intertwined with losses during Cobra and subsequent retreat. For the British, pattern of heavy losses attacking well-defended positions repeats itself, and again we have numerous losses of tanks from anti-tank fire . German did lose some of their tanks in small scale counter-attacks to restore their lines, but overall casualty ratio was again in their favor.

To sum things up, British strategy in Normandy devolved into war of attrition, intentionally or not. They did not manage to create decisive breakthrough (that was left to Americans) but they did sometimes succeeded in luring Germans to counter-attack and subsequently lose men and AFVs. Overall, because of their failure to exploit gains, casualty ratio favored Germans in bitter fighting around Caen. For the German part, mostly because of Allied air superiority and improved anti-tank weapons, they could not employ their preferred tactic of concentrating armor and striking hard at Schwerpunkt. When they did attempt that they more often then not suffered heavy casualties.

Especially for Operation Jupiter and Epsom, that went own over similar grounds and with similar units on both sides: the ending result is 3:1 to 1:1.5.

According to my research, while the British numbers are correct, the cited 6,469 German casualties for Operation Jupiter are incorrect. They're the wrong numbers for the wrong period.

The 2,000 British casualties comes from footnote 28 of Sons of the Reich. They appear to be correct.

The Official British History admits to 2,000 casualties. As examples: 5 DCLI lost 254 men; 5 Dorset [lost] 208 and 4 SLI [lost] 189. In less than twelves hours in Eterville on 11 Jul, after it relieved the 9 Cameronians, 2 Glasgow [Highlanders] suffered eighty-five casualties from mortar fire alone.

For German casualties, Wikipedia cites Sons of the Reich page 50.

And the losses of II SS Panzer Corps were now reaching very serious levels. In two weeks' fighting the [9th SS Panzer Division] Hohenstaufen has lost 1,891 men and the [10th SS Panzer Division] Frundsberg 2,289. In terms of armour, the 102nd SS Heavy Panzer Battalion had been reduced to only fourteen operational Tigers by 11 July, with another twelves in short-term repair. Strength returns indicate loses, for one reason or another, of fifteen Panthers, eight Mk IVs and sixteen StuGs for the 9th SS Panzer Regiment and seven Mk IVs and twelve StuGs for the 10th.

The author describes Operation Jupiter as "a bloody and costly failure".

Not the answer you're looking for? Browse other questions tagged world-war-two germany britain tactics dday or ask your own question.

6
Did Germany lose World War II when/because “kill ratios” started moving “against” her?
30
Was the Italian campaign a strategic mistake?
85
Why did the British scuttle the u-boats surrendered after WWII?
8
Did Germans and Soviets count casualties differently at the Battle of Kursk?
23
Who was the most successful German spy against Great Britain in WWII, from the contemporary German perspective?
2
Were Allied high commanders that bad at the end of WW2?
0
How did Red Army achieve to manipulate German Army in 1942 and 1943?
1
Why were Axis bombings deadlier than Allied ones?
5
What was the strategic importance of Moscow to the Soviet Union in Dec 1941?
3
Did any “tanks in front” tactic exist during WW2?