What does a black cloth on your upper left arm mean in the context of 1950s USA? [closed]

Ask Question
Asked 5 months ago
Active 4 months ago
Viewed 223 times
-1
Closed. This question is off-topic. It is not currently accepting answers.

As I was watching yet another episode of "Alfred Hitchcock Presents" from around 1957, I noticed a scene where this man has a black cloth on his arm: 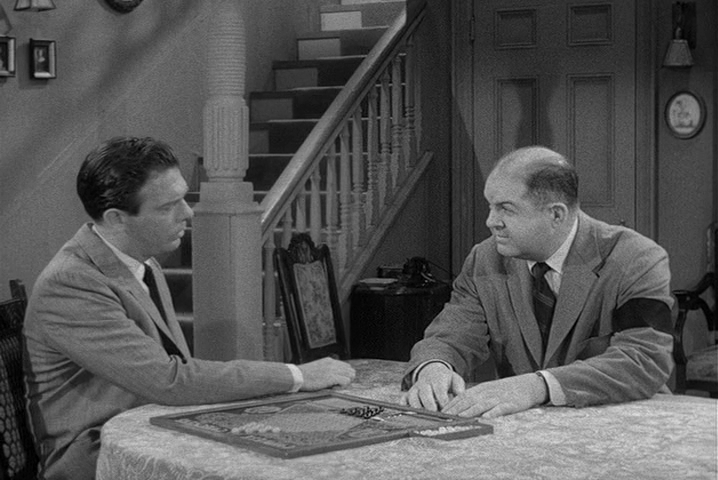 What does this mean? He doesn't wear it throughout the entire episode -- only at home, for a single scene, and it's not mentioned or referred to in any way, so the episode itself gives me zero clues as to what it might mean.

I think I've seen it before as well, in office settings.

Those are typically worn to designate mourning in Western culture. However, its very rare to see them on anyone other than a man who has just or is just about to attend a funeral, usually as one of the pallbearers. Additionally, its only worn if the person in question doesn't have an appropriately black or dark suit coat (or dress) to wear, which is preferred.

Given that, if I saw someone in media depicted as wearing one, I'd think the writers wanted me to know that he'd recently gone to a funeral (or was on his way to one), without actually having to waste dialog explaining it to me.

Its basically a big flag that reads "someone died".

Not the answer you're looking for? Browse other questions tagged united-states clothing 1950s or ask your own question.

16
What does it mean that the early supreme court “gave themselves” the power of judicial review?
5
What is “Egyptland” in the context of the 1960s black civil rights movement in the US?
5
What does it mean that Hamilton “made American credit competitive”?
9
How common was drug abuse and related deaths in the USA during the conservative 1950s?
6
What does WW2 US Army discharge code W.D. CIR 395, 1942 mean?
1
What does MLK mean by “lonely island” and “vast ocean”?
0
What does “Central Europe AG 2006” mean in discharge papers?
4
Why does the USA only have two political parties?
4
Did teenagers in the USA in the 1960s and 1950s really engage in dangerous, reckless driving to this extent?