Did the Roman testudo protect the sides of the formation?

I have seen several images like these, where the soldiers in testudo formation hold shields above their heads and to their sides as well. 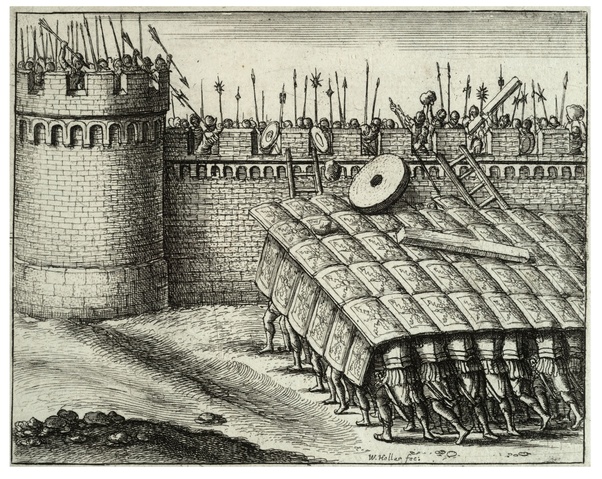 The soldiers standing in the extreme left or right column of the formation could either hold their shields over their head or to their side. Did those particular soldiers carry two shields for this? Or are these images inaccurate?

Both variants are possible.

In the variant with side protections, the soldiers at the flanks would hold their shields to their sides. This made the top protection a bit worse and reduced mobility, but provided better protection. Sometimes soldieirs at the rear of the formation would also walk sideways to keep the back protected as well. 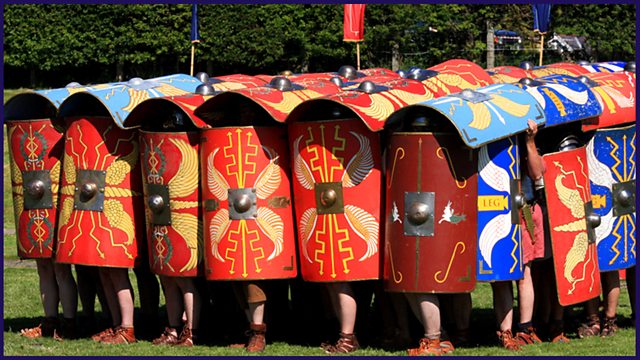 No one is carrying two shields. The shields are big enough to overlap in a close formation. Look closely at the legs at the front. You'll notice three legs for the three shields there, one front, one side, one top. The first holds it to the front, the second to the side and the third on top to also cover the two people before him. You can see, these people aren't fully trained to form a testudo as there is a noticeable gap here at the side.

Shields on top also aren't missing, they are just less dense. In a close testudo formation the shields can overlap providing additional protection, with side protections, you lose those overlaps. 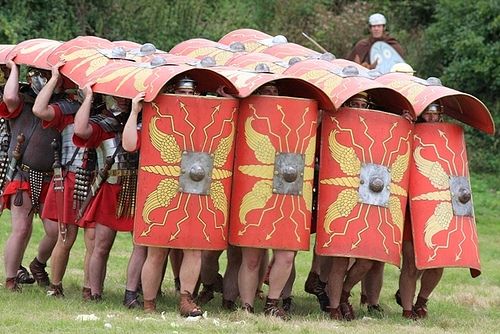 You can also find many images of a variant with no side protection, which is more mobile and provides better shield density at the top of the formation. It would generally be used in sieges, due to little trouble coming from the sides. The variant shown here is a more loose testudo formation, which would be used for storming a position, it's so loose as to avoid overlaps of the shields, this gives the soldiers the highest possible freedom of movement and speed while in this formation.

Not the answer you're looking for? Browse other questions tagged ancient-rome battle or ask your own question.

3
Testudo formation vs ballista?
10
When was the testudo / tortoise formation first used by the Romans?
2
When did the Roman empire start to hire Anglo-Saxon mercenary troops to protect Britain?
119
Why, in ancient battles, did being encircled mean defeat?
58
Did the Romans eat breakfast?
6
An American Civil War battle where a general was ordered to advance to a certain point and wait . . . so waiting was all he did?
7
What was the aftermath of a battle in the Middle Ages? How did wounded soldiers proceed?