Based on his service record, where was this soldier deployed in WW2?

I am trying to work out where my grandmother's cousin, Henry Adler, saw action during WW2. Henry was born June 14th 1917 in Glasgow. I have his Soldier's Service and Pay Book as well as his Soldier's Release Book. I also have some information written on the back of photographs. Any help or advice would be most appreciated.

According to his Service Book, Henry Adler was enlisted at Glasgow on 15th February 1940. His army number is 2824155. He joined the Royal Artillery in addition it says "A/S Group 26": 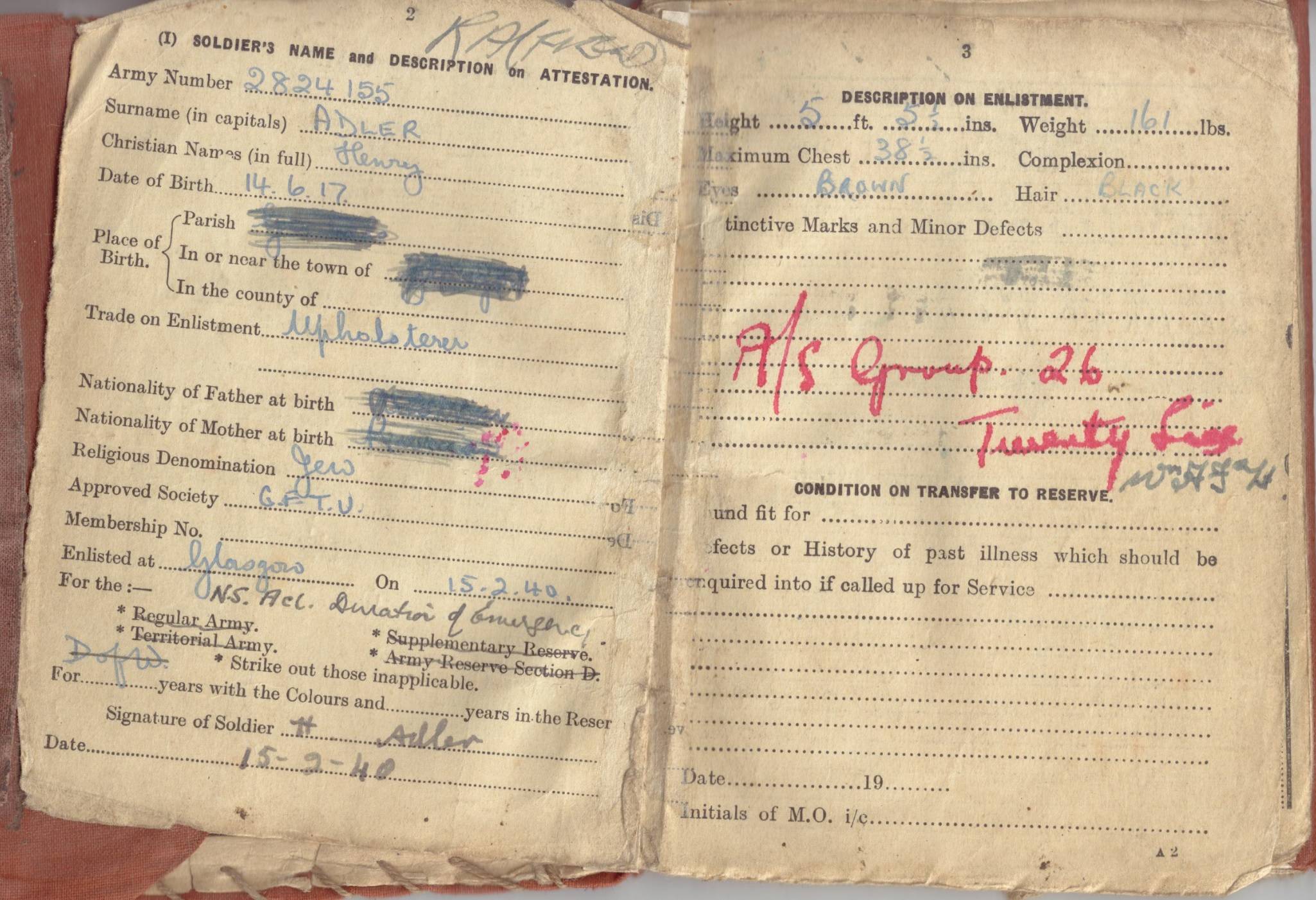 Later in the book it has a record of employment as an army tradesman:

Later in the book, in the medical classification section, probably sometime after 1943 although the dates are not clear, is a medical report completed by "Lieut Col RA, Commanding 208 Fd (SP) Regt RA".

His Soldier's release book says R.A. (Field) and Sidcup Kent. There is a military dispersal unit stamp No.1 17 Feb 1946 Edinburgh. His Release Leave Certificate lists his rank as GNR and his unit, regt. or corps as '208 Fld. (SP) Regt R.A.' Place is listed as 21.ABPO and date 16 Jan 1946. The officer's signature is stamped 'Lieut, Colonel. R.A. Commanding 208 Field (S.P.) Regiment, R.A. There are other stamps including Carlisle and Edinburgh and later dates. It is also stamped WS14.

There are photos of him wearing various different uniforms and hats. This one (Henry on left) from April 27th 1940 in Edinburgh appears to be the earliest: 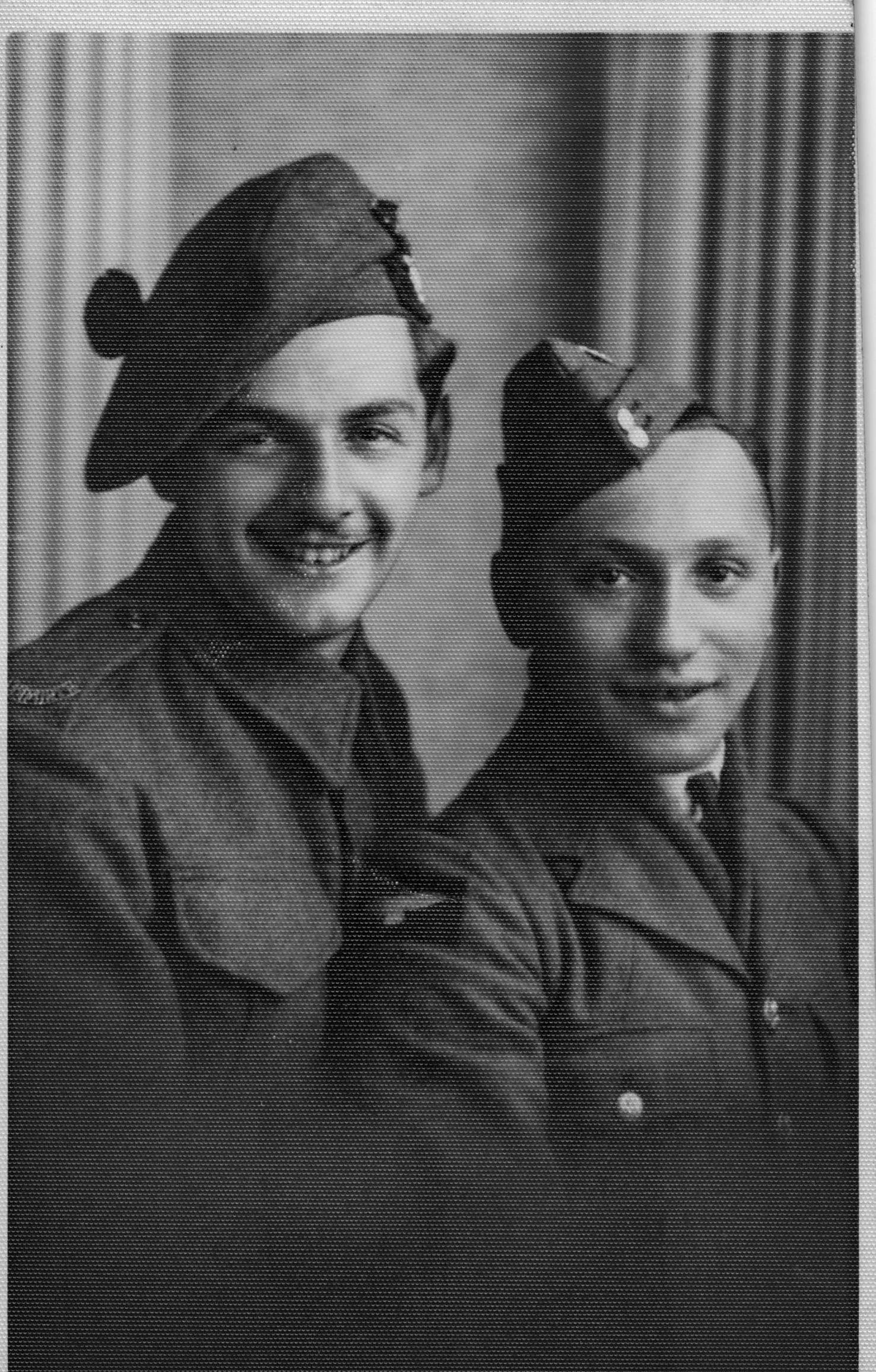 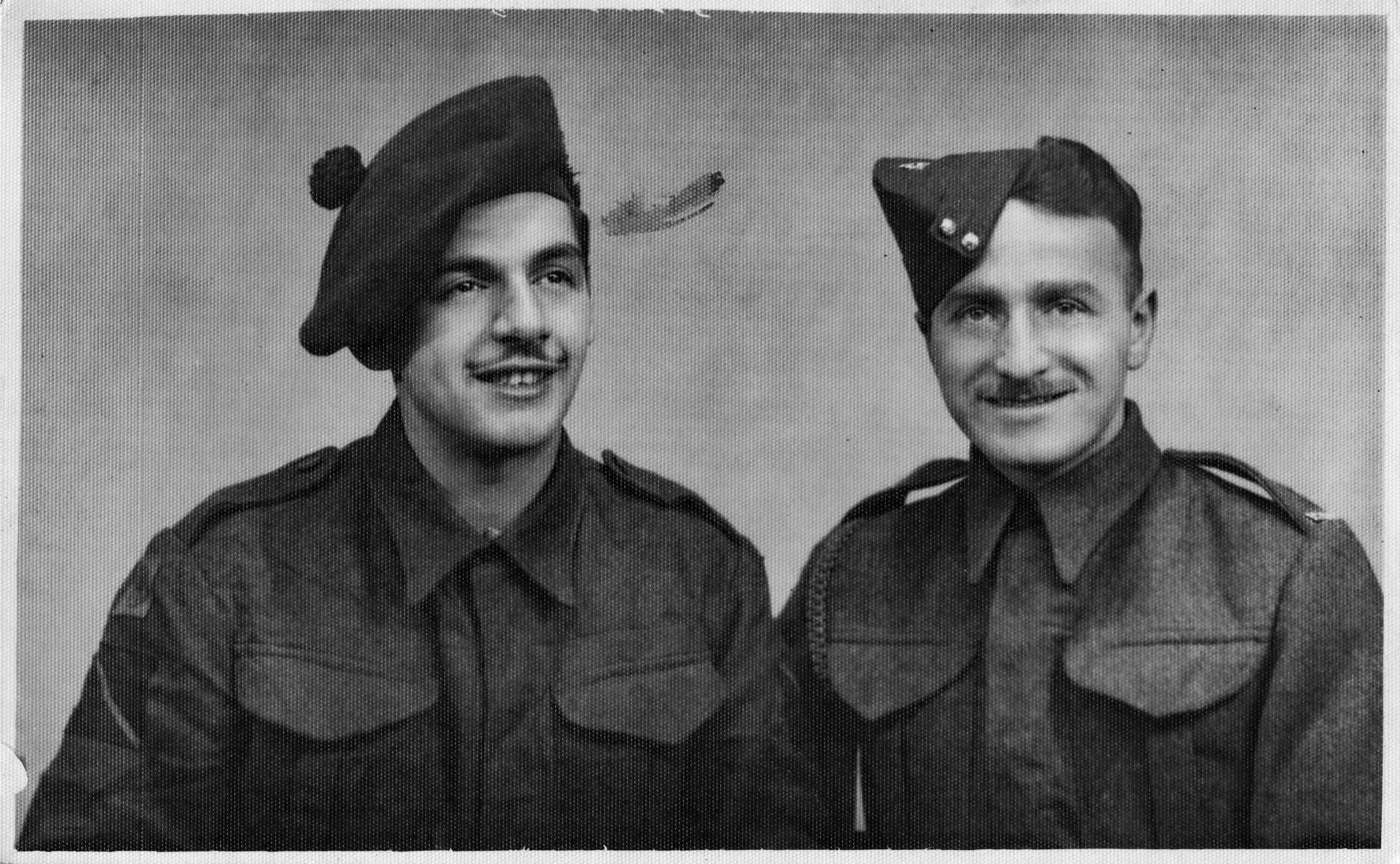 During 1941 there are photos of him in this same uniform in Dundee. 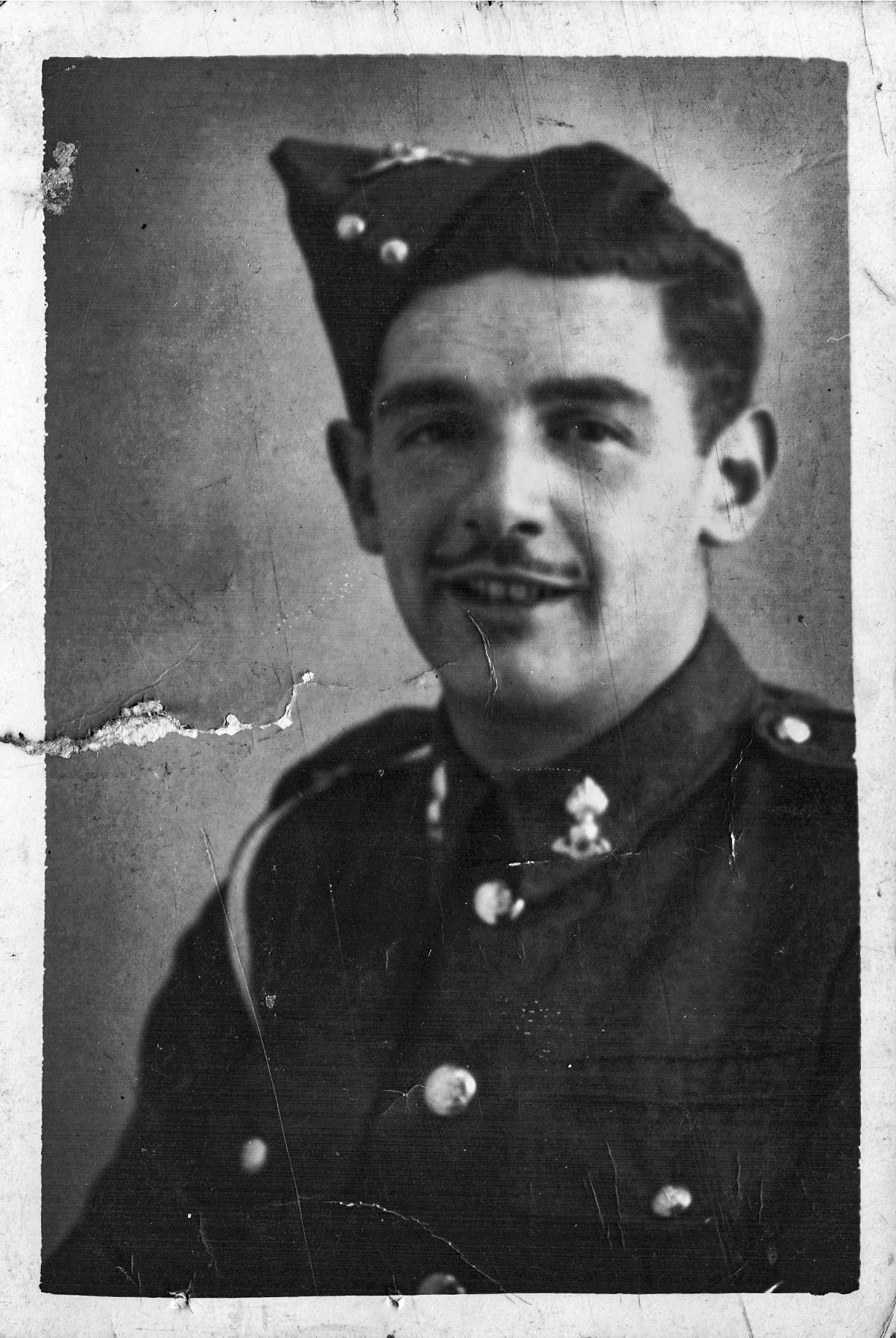 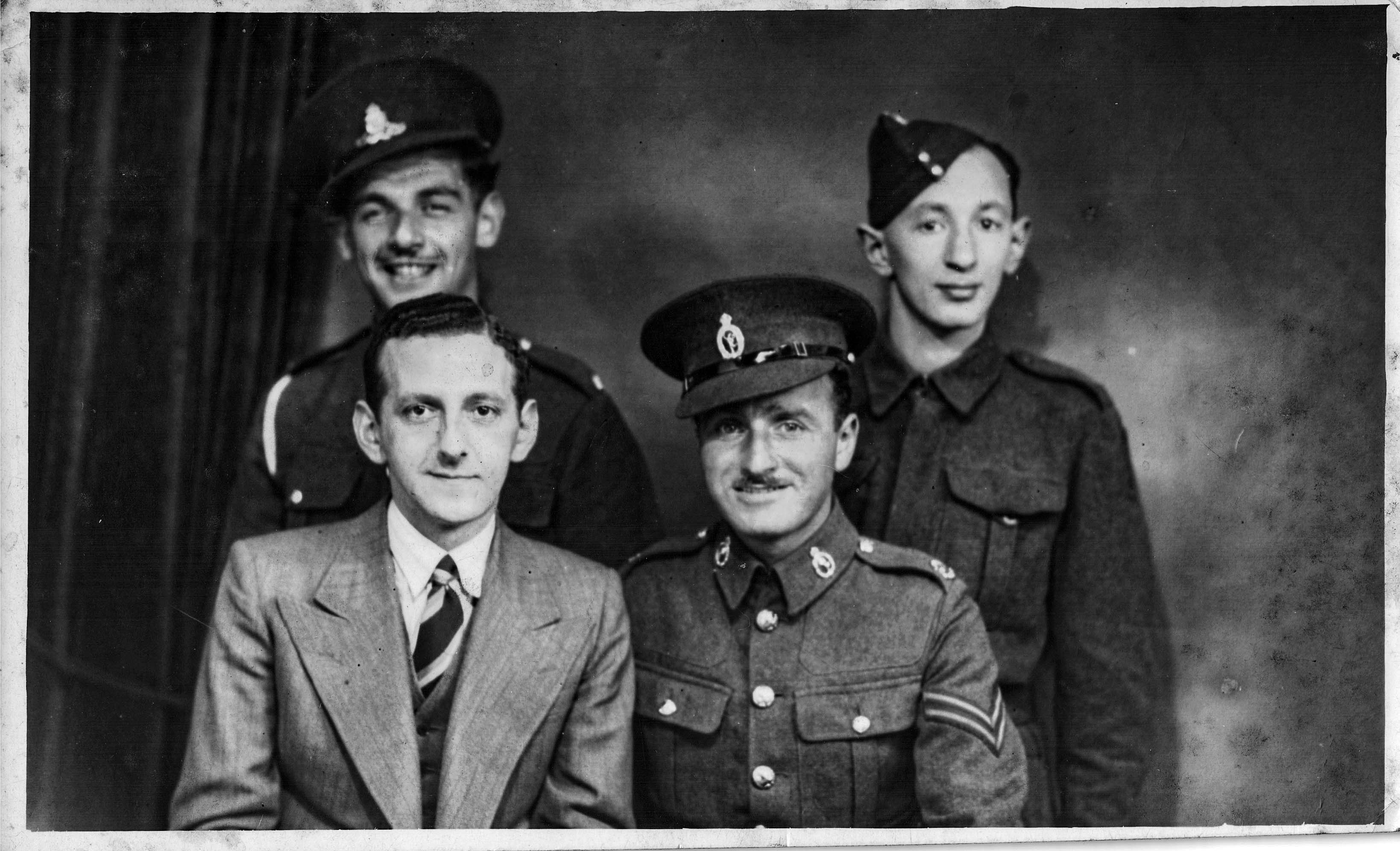 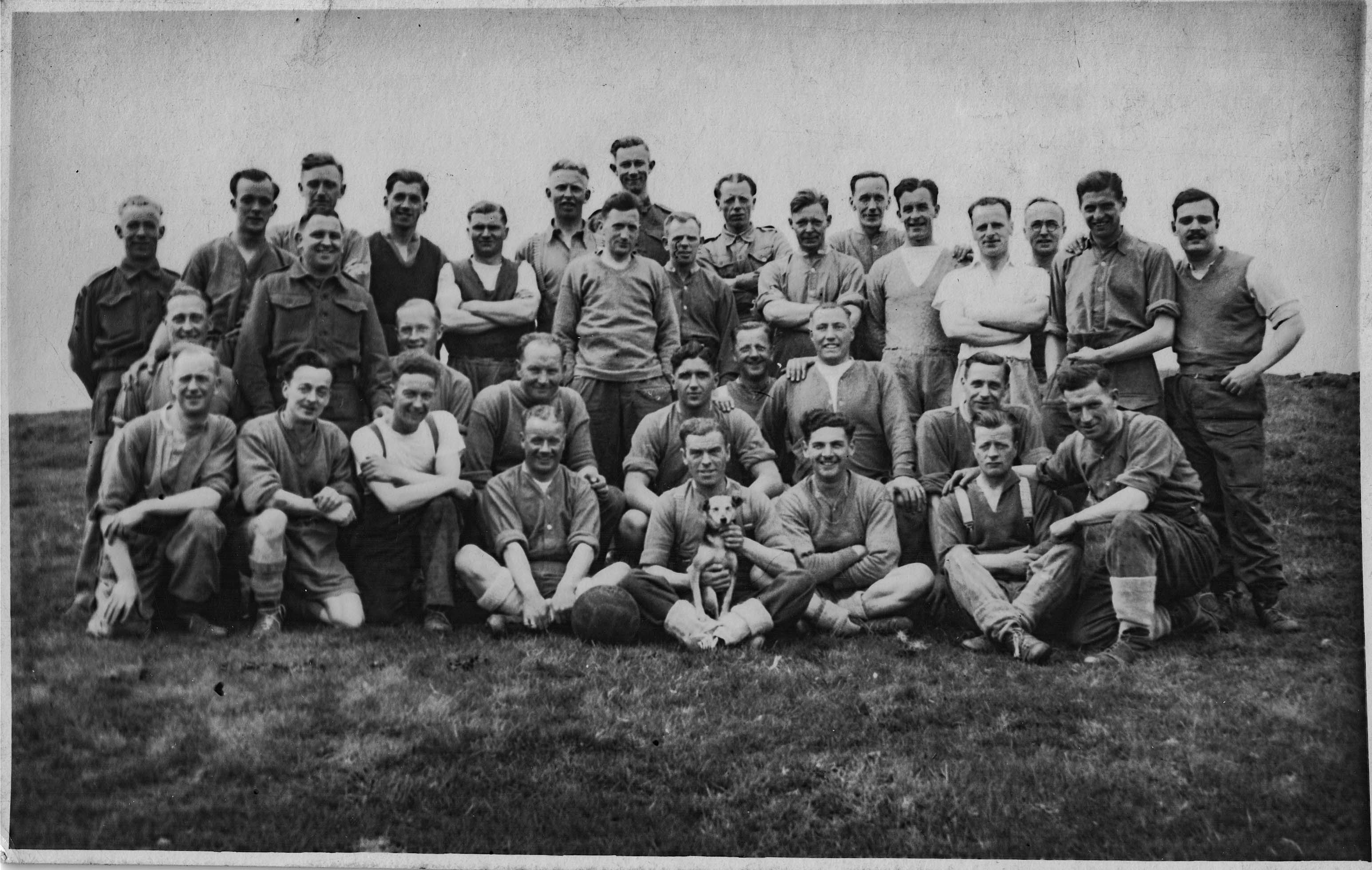 This photo is taken in Deolali, India in yet another uniform: 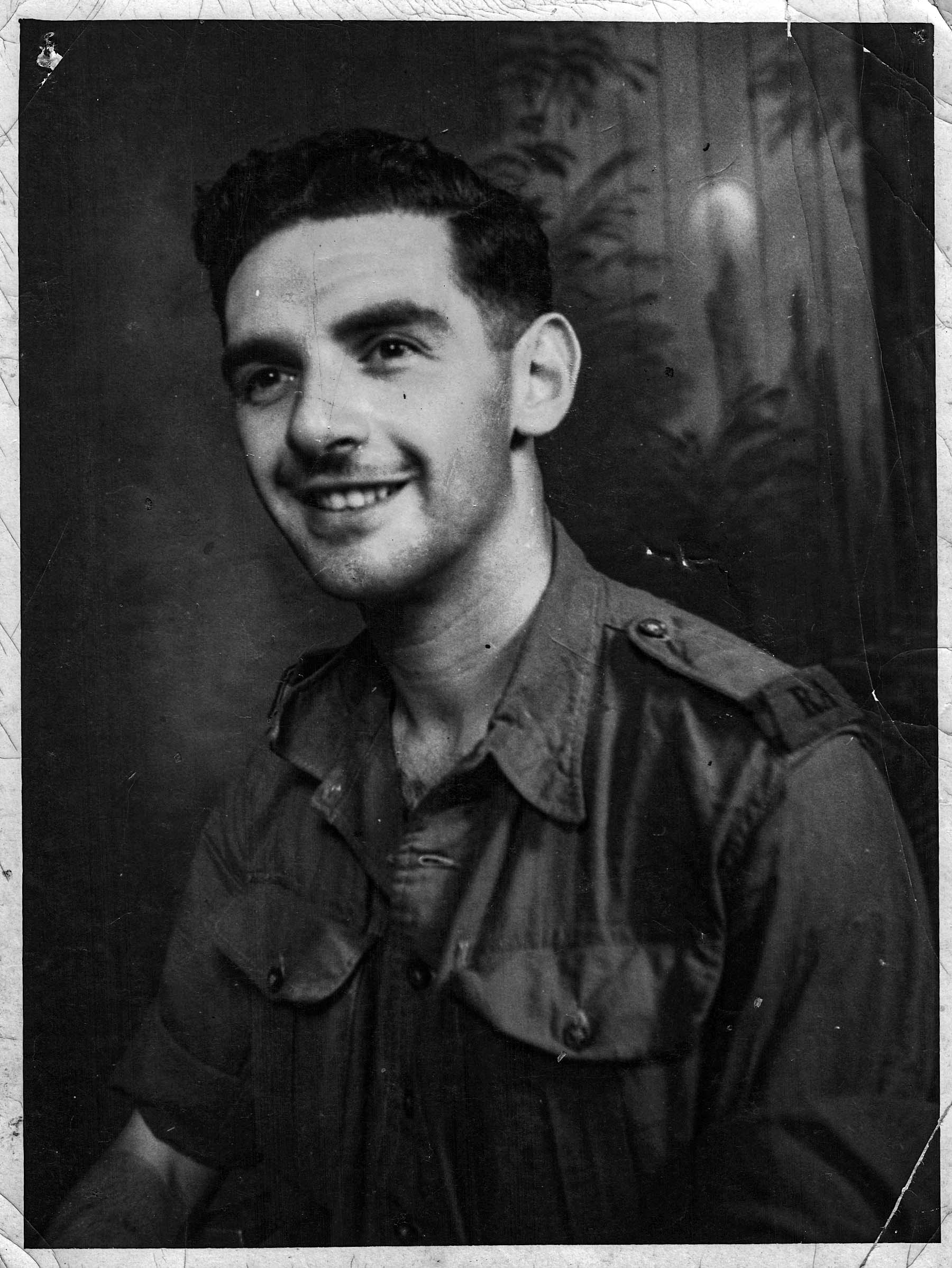 This photo shows him in uniform and beret. It could be India given the look of the man with the sewing machine on his right behind him but the sign on his left says Gent's Tailor in English. It isn't dated. 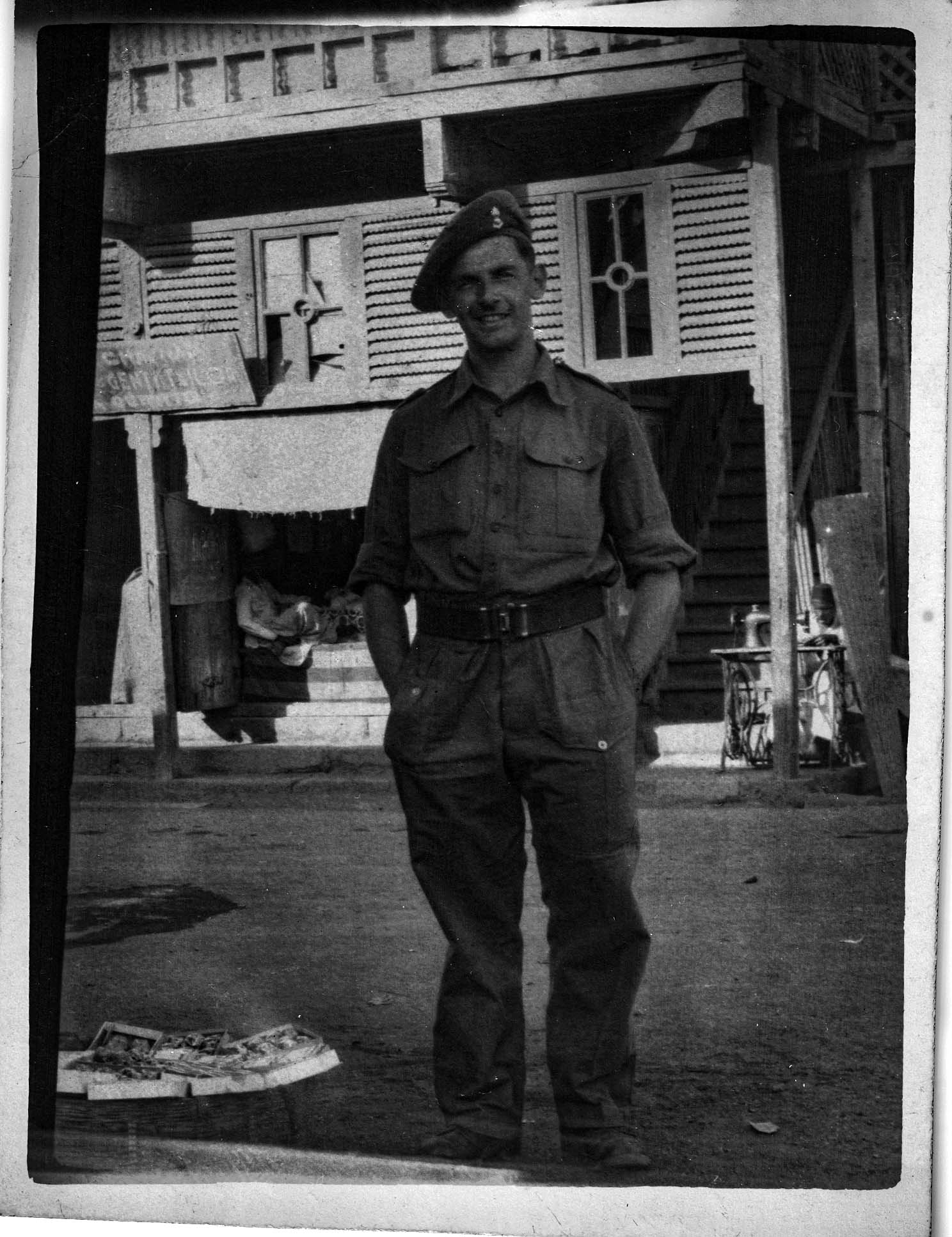 Finally, this photo shows him in yet another uniform and hat dated July 1945. 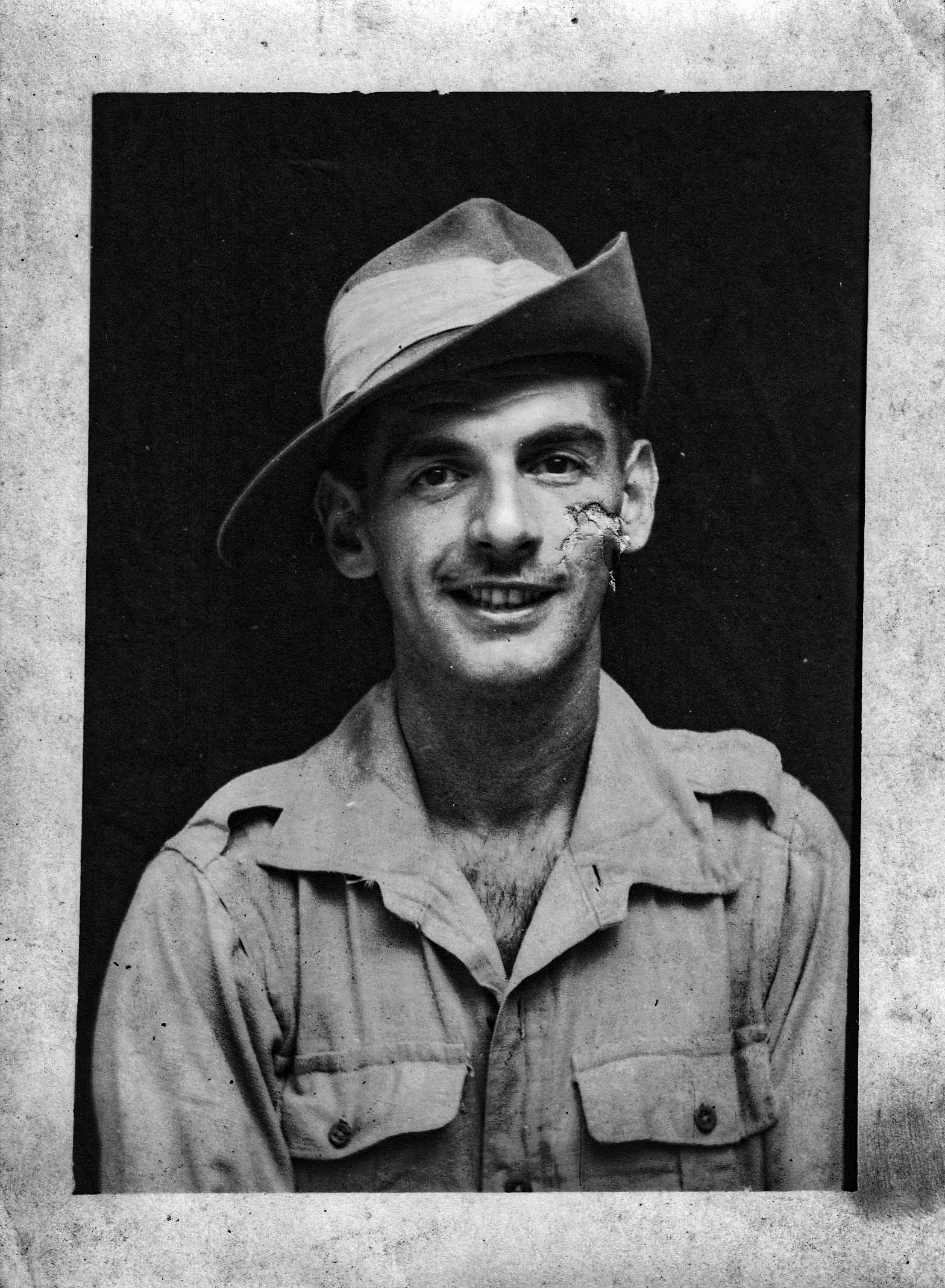 The 130 (Lowland) Field Regiment of the Royal Artillery is listed as serving in:

The 208th is listed as a component of the 208th (3rd West Lancashire) Battery, which first served in England during the Blitz.

A search of the UK War Office archive catalogue for "26 Gp" and "26 Group" reveal:

20
Rommel's letter to his wife from November 16, 1942
14
Is this Hitler's account of seemingly counterproductive British radio war propaganda true?
11
What transit restrictions were in place in Occupied Germany limiting military and civilian movement between the four occupation zones?
7
What kind of uniform is this? (Circa 1940s, possibly Israeli)
7
What uniform is my Cossack great great grandfather wearing?
7
Can anyone identify this possibly Czechoslovak uniform?
6
Identify male uniform 1860-80 north Central Europe single breast trouser boot round cap
3
Can anyone help me identify my grandfather's uniform?
8
What regiment is this (~1826-1861) French cuirass cavalry uniform?
4
Was the average lifespan of a soldier deployed within Stalingrad only 24 hours?