Wikipedia article on Black Death includes a map of plague spread in Europe: 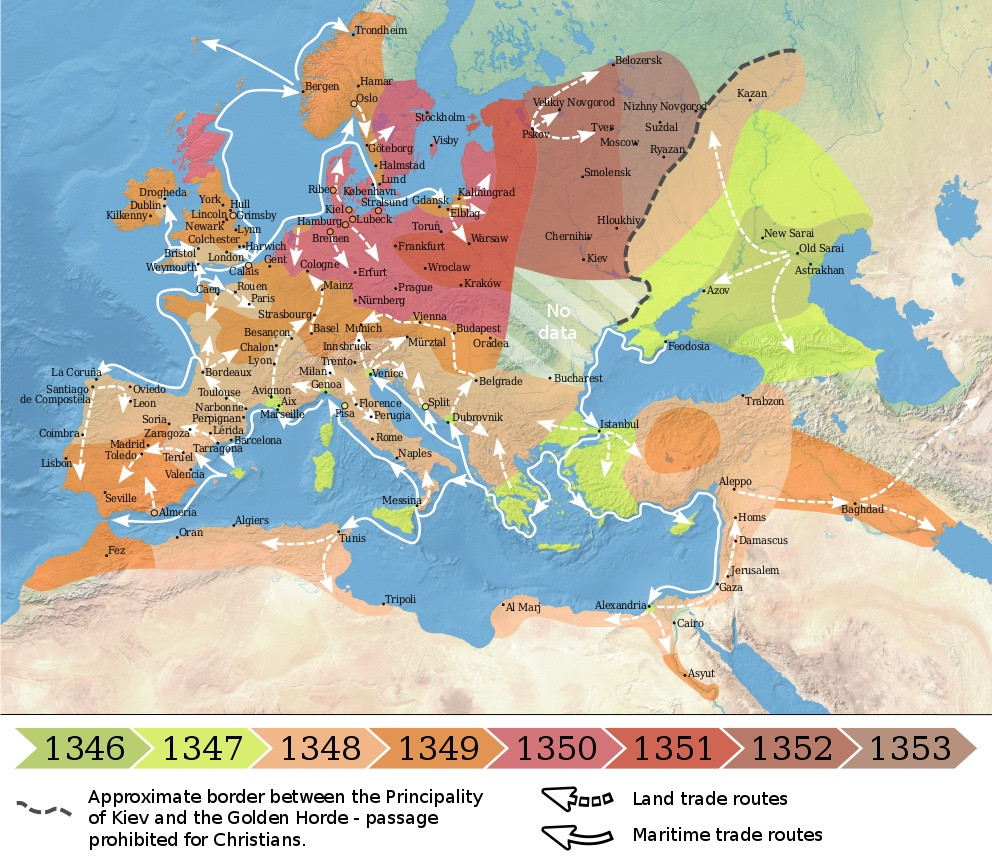 It comes from an article “The origin and early spread of the Black Death in Italy: first evidence of plague victims from 14th-century Liguria (northern Italy)” by D. Cesana , O.J. Benedictow , R. Bianucci.

The map claims that the border between Golden Horde and Russian principalities was closed for Christians. That helps to explain why plague arrived to Rus relatively late, and from the West. From the context it seems that the restriction was established before the epidemic, not because of it.

However, the article focuses on Italy, and mentions this border only on the map, without elaborating in article text.

We know that Golden Horde was recently converted to Islam by Öz Beg Khan, but I’ve never heard about such border restrictions. It sound counter-intuitive for the Horde to close the border with their vassals, playing into the hands of potential separatists. Is there any more information on this?

33
Were there any travel restrictions during the Black Death pandemic?