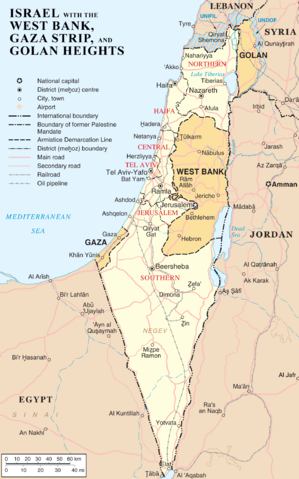 6
What was the currency in use in Palestine shortly before and during WWI?
5
What proportion of the Arab population of Palestine pre-1948 came from families that lived there before 1880?
5
What is this document marked "Palestine Bearer Bond"?
6
Pigs in ancient Israel
7
What evidence is Chomsky alluding to when he states the US is preventing a settlement between Israel & Palestine?
6
In the Palestine Partition Plan, why was Jaffa allocated to the Arab state?
3
Why couldn't the Arabs invade Palestine before the end of the British Mandate?