What are the problems archaeologists face in deciphering Indus Valley writing?

From this link on Indus Valley writing, I came to know that:

The first Indian script, developed in the Indus Valley around 2600 B.C. is still undeciphered. Thus, it is still not possible to fully understand this civilization, as we have no readable records of their beliefs, history, rulers or literature.

So what are the reasons archaeologists have not been able to understand the writing of Indus Valley?

The biggest issue in deciphering the Indus script is that the average length of the known inscriptions is less than five signs, with the longest one containing only 17 non repeating signs:

The longest Indus 'inscription' (if that's the right word) on a single flat surface is M-314, which contains 17 non-repeating symbols. Like all but one Indus 'inscription', it is tiny - just how tiny is clear when we compare M-314 with a proto-Elamite inscription.

Indus-script adherents sometimes claim (usually quickly, and without much discussion) that the longest Indus 'inscription' is 26 signs long. The claim refers to two isolated examples of a mass-produced molded object (M-494 and M-495) on which, if you add up all the symbols on three separate faces of the five long surfaces (there are seven surfaces if you include the sides), does give you 26 symbols. The symbol sequences carried on the three sides are the sort you would expect to find on separate chains of Indus symbols on other objects of this type - which is presumably one reason this claim is made so quickly.

The above quote is from Steve Farmer's website. He, along with Richard Sproat and Michael Witzel suggested the possibility that the script is a non-linguistic system (akin to the Vinča symbols), but the prevalent opinion seems to be that the script's patterns indicate the existence of grammar.

Another major problem is that there's no known bilingual inscription. Bilingual inscriptions were the key in deciphering Egyptian hieroglyphs (Rosetta Stone), cuneiform (Behistun Inscription), Etruscan (Pyrgi Tablets), and several other scripts. A (perhaps) minor issue is that the script's style isn't consistent, while mostly written from right to left, sometimes it's boustrophedonic.

Try seeing the attempted decipherment of Suzzane Marie. She claims it is an Indo Aryan language. Her attempts are promising. 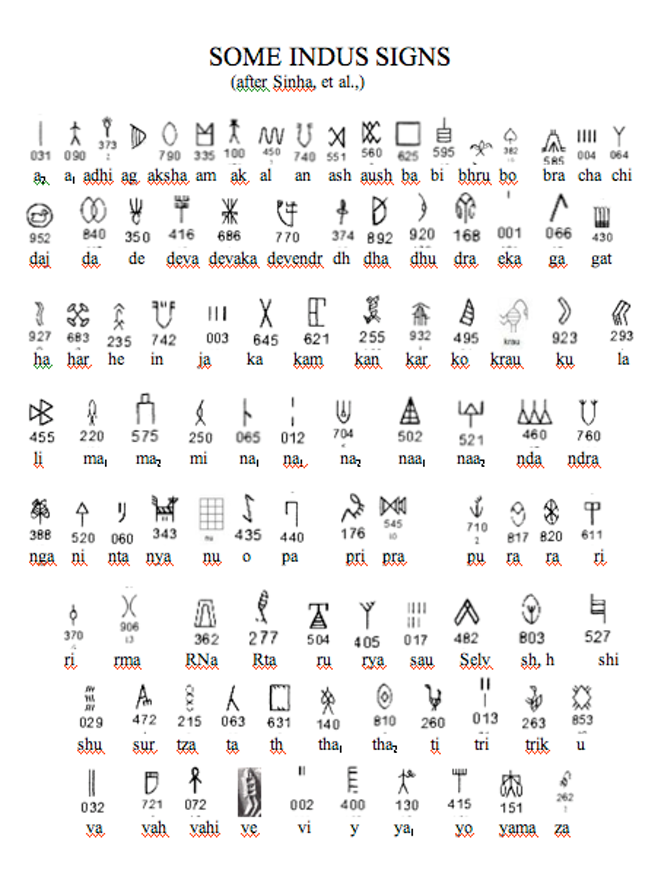 Use it to try and decipher this seal: 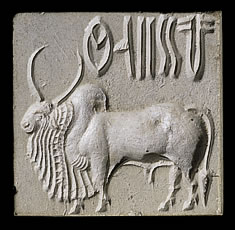 Suzanne M R Sullivan wrote Indus Script Dictionary (2011), and she provided an answer on a Quora question that is related to this question here.

I'm no language expert but as far as I can see the IVC scripts are just that. SCRIPTS. Seems that the Indian revisionists do not understand that. Languages have verbs,subjects, predicates etc. but these people are charlatans trying to etch their name in history false assumptions. They calim its Sanskirt, tamil, etc. Its all wrong. Its only a script that was probably written to itemize their daily business transactions and probably left no translations.

10
What is the current consensus on the origins of the Brahmi script?
2
Did the Indus Valley Civilization use cotton as a writing material?