What is this illustration portraying?

While doing my presentation I have come across this illustration titles "Downfall of the Soviet Union". I am, however, unable to determine, who are the people on this illustration and what is it trying to represent. I am asking for analysis of the photo; from who is depicted to what is it showing. 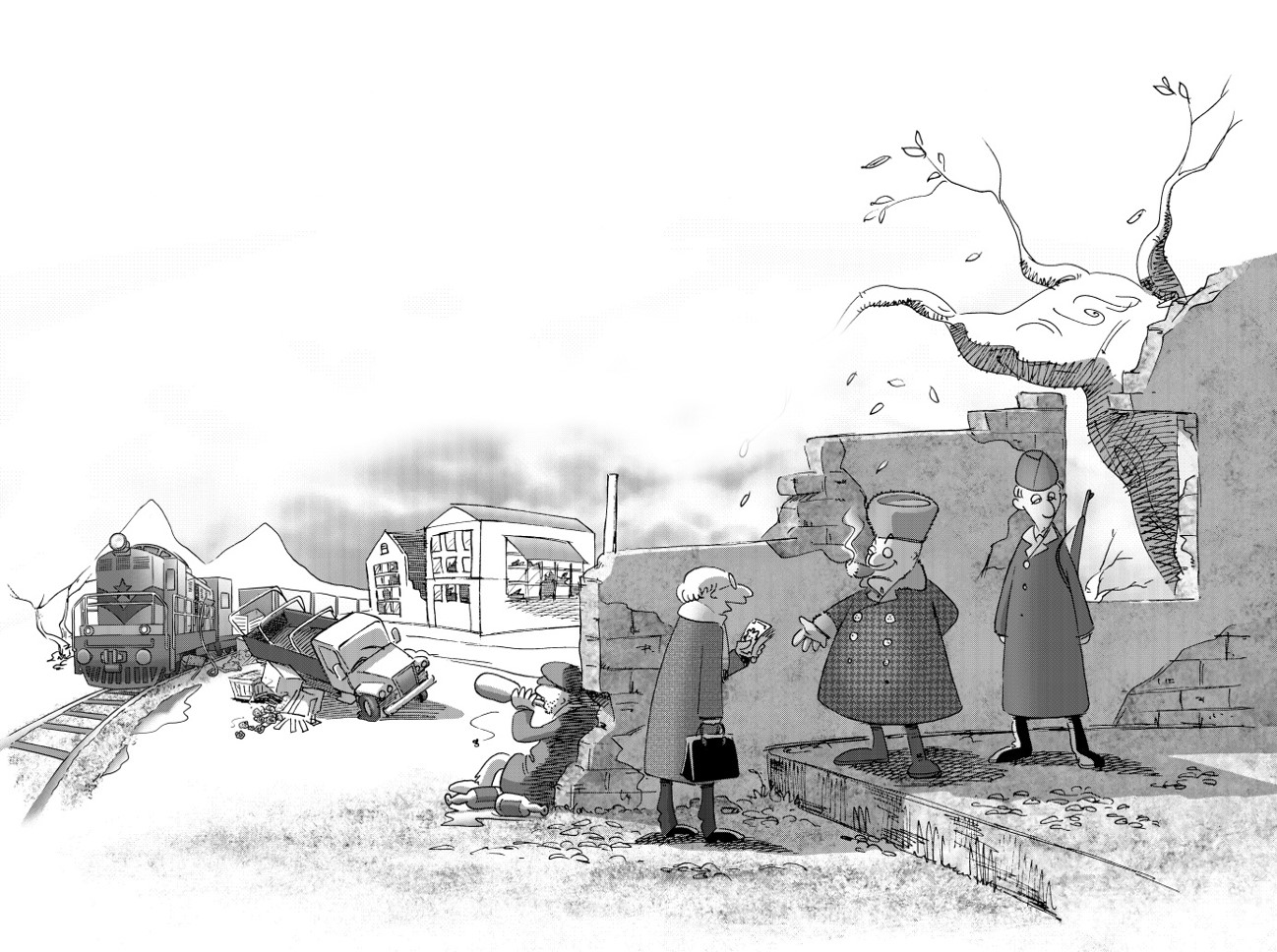 As @sempaiscuba said in the comments, this image was used in a presentation for the course Crisis and Conflict: From a World War to a Cold War by Marshall Cavendish Education.

You can find the presentation here: https://slideplayer.com/slide/6620291/

The notes to this particular slide explain the intended message behind this image:

Using this illustration, identify the reasons behind the failure of the Communist system:

So, this is not a caricature of a particular event, this is an illustration that combines several points in a history lesson.

Not the answer you're looking for? Browse other questions tagged soviet-union political-history communism or ask your own question.

18
What is the truth behind this speech by (Lord Macaulay)?
7
What is 'real socialism'?
10
Lenin Jacket Picture: What's the story?
4
Did the USSR pledge support to Czechoslovakia before the Munich Agreement?
11
Were children in Soviet Union commonly expected to thank Stalin for food, even when he was not present?
20
When did Josef Wissarionowitsch become "sexy" Stalin?
4
Did Yuri Gagarin really mention Anna Magnani in his flight in space?
0
How did Red Army achieve to manipulate German Army in 1942 and 1943?
6
Why was there so little information about sex in Eastern Block countries?