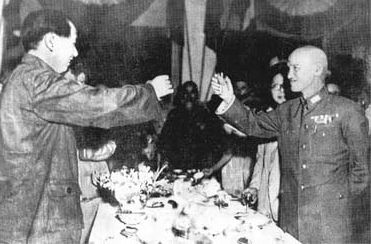 10
Where was the Japanese surrender signed on Okinawa in June 1945?
6
How and why did the "Green Gang" hold the balance of power in Shanghai in 1927?
5
How important were "columnar" strategies in Japan's invasion of China?
3
Why were the 8th Route Army better at fighting the Japanese than the Nationalists were?
4
Did Stalin disarm the Chinese Communist Party around 1927?
3
Why didn't Mao Zedong order to kill locusts initially in the 4 pests campaign?
12
Did Spain and the Republic of China (Kuomintang) have diplomatic relations between 1931 and 1939? Were they friendly or unfriendly?
6
Did Mao Zedong and Chinese communists collude with the Japanese during the Sino-Japanese War?
9
Why wasn't Mao purged after the failure of the Great Leap Forward?