There was a monument built by French/Armenians to commemorate the Musa Dagh defense during the Armenian Genocide. The following image shows how it looks like now: 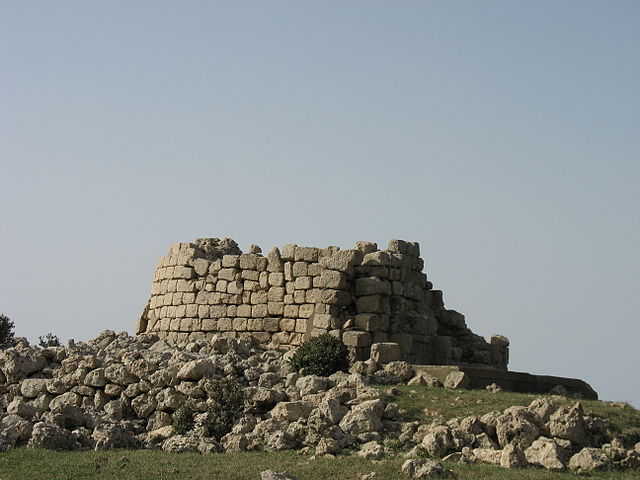 I was curious how it originally looked like, on Wikipedia there is a reference to "La Reconnaissance Armenienne" in "l'Illustration" page XXII, 29 October 1932. but I couldn't find this issue online. 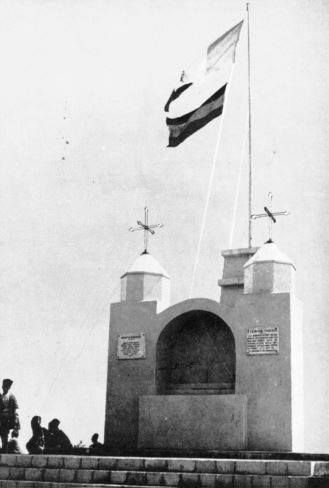 (src: The Monument in Musa Dagh)

According to one "Musa Dagh" site.

Caveat: The picture is uncredited and lacks almost any context. How reliable the site itself is remains uncertain. A visual match to bricks seen left in the ruins is a bit sketchy, but also looks not 'impossible' to me.

Usually, that's a bit too little to go for in terms of reliable sources.

But: As that image is also used slightly cropped on a BBC news site in Turkish, the odds for it to depict the real thing increases a bit:
— Beril Eski: "Türkiye’nin ‘son Ermeni köyü’ Vakıflı Köyü'nün öyküsü", BBC, 22 Nisan 2015. ("Turkey's 'last Armenian village' is the story of the village Vakıflı")
Most other appearances I found seem to copy from that bit in turn.

— Edward Minasian: "Musa Dagh: A Chronicle of the Armenian Genocide Factor in the Subsequent Suppression, by the Intervention of the United States Government, of the Movie Based on Franz Werfel's The Forty Days of Musa Dagh", Cold Tree Press, 2007. (via Armenian Reporter Arts & Culture 8/25/2007. PDF)

Since in there we also see an identical shot of the ruins as on Wikipedia, together with a description that it was the monument above that was torn down by the Turks in 1939, the circle is closed.

The citation given at Wikipedia with "La Reconnaissance Armenienne" in "l'Illustration" page XXII, 29 October 1932. is online at least partially at this paywalled location. Sadly the preview thumbnails don't give away any idea of what's on said page there.

Not the answer you're looking for? Browse other questions tagged architecture genocide syria armenia or ask your own question.

6
Did genocide occur in the Football War?
15
What words were obliterated from the Great Colonnade at Palmyra?
2
In which modern-day location did the historical battles of Bagrevand happen?
4
What was clothing in ancient Palmyra like?
18
What would the Arch of Titus have looked like painted?
7
In Classical Athens, what did the portico of the archon basileus look like?
0
What did typical mid-18th century housing look like in English villages?
5
What did Japanese architecture look like with heavy materials such as stone, mortar and clay?