Did they really have individual telephone wires going from a central tower to each customer in Sweden in the late 1800s? [closed]

In 1887, they built this relatively high (45 meters) "telephone tower" in Stockholm. It was apparently built to hold the wires for all the telephone subscribers/customers in Stockholm. (On the photo, it looks much higher than that to me...) 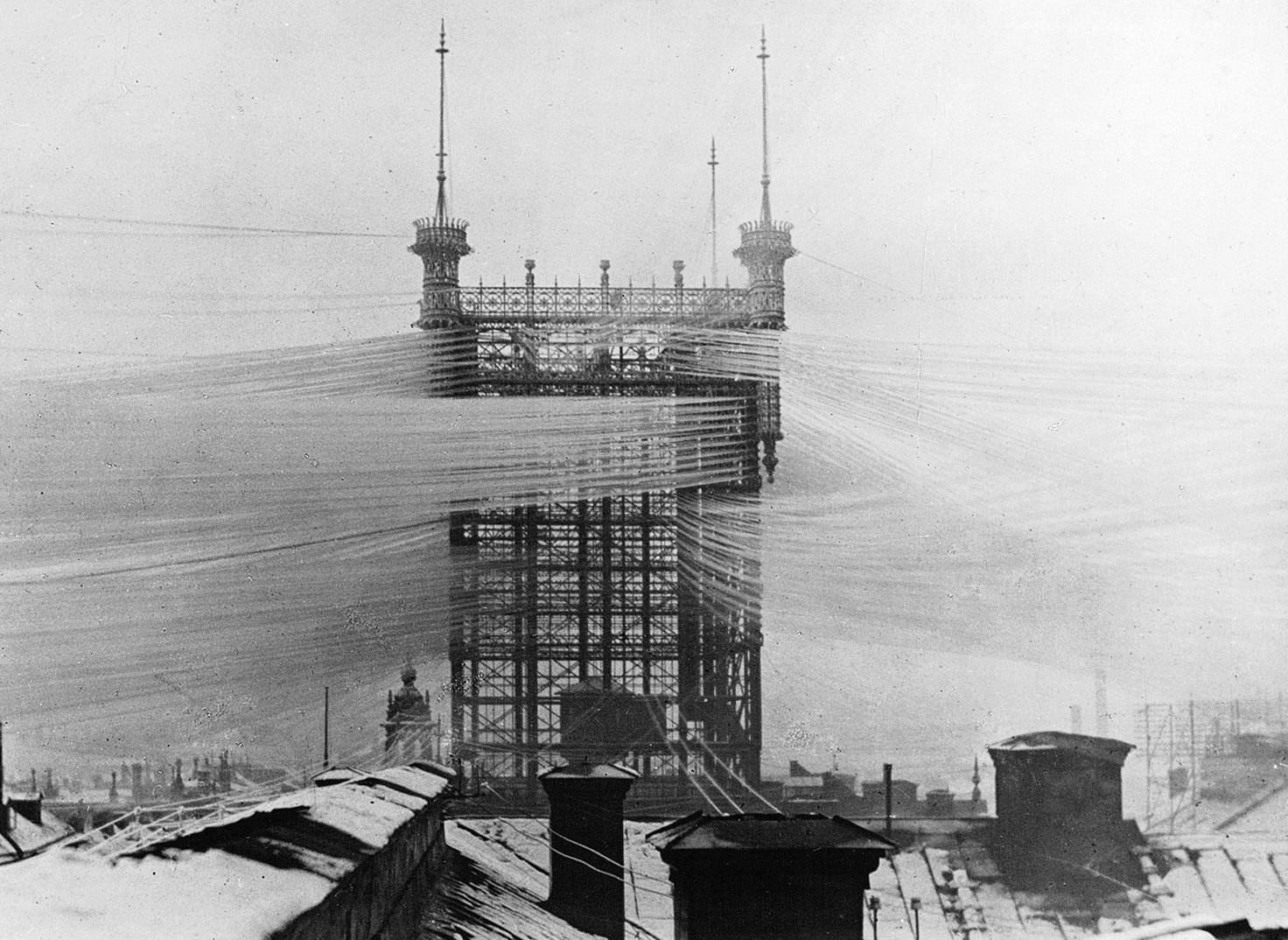 Even though this was in 19th century, I still cannot believe that they opted for this idiotic design. Being a Swede myself, I know very well of the embarrassing "Wasa ship" from a couple of hundred years prior to this, which barely got anywhere before it just sank, so I'm aware that we've not always made the best engineering decisions, but this is a bit too much even for Swedes.

Why on Earth would you have individual telephone wires going directly from the tower into the homes of every single subscribers? You don't build a huge tower if there are only two subscribers, so clearly they expected to have quite a few. Then, why ruin the entire "air space"/skyline of the city with these ugly wires, which look like a massive safety hazard other than just being an eyesore? Why not have them bundles together where possible, attached to telephone poles of some kind?

The first time I saw the photo linked to above, I thought it was faked or a joke. I'm still not sure. It seem unfathomable to me how they could think this was a good idea, even briefly. It doesn't matter if the public soon started raising voices against this structure -- anything else would be very strange -- since, after all, they did build it like this in the first place, and it was a thing for at least a few years.

If this isn't a hoax, I wish somebody could give a reasonable explanation as to how intelligent people could come up with this design of having a central tower with wires strung directly into the telephones of each customer. Is it possible that it could have actually been a "status symbol", as in:

Yeah... Check it out, neighbour! What's that wire going into my window? From that huge tower? That's right... I've got a *telephone!

That's just about the only guess I could offer myself, but it's rather silly.

Absolutely - and dedicated point-to-point wiring remained state-of-the-art technology for telephony right into the 1960's, as in the 1960 photograph below of a telephone exchange switchboard: 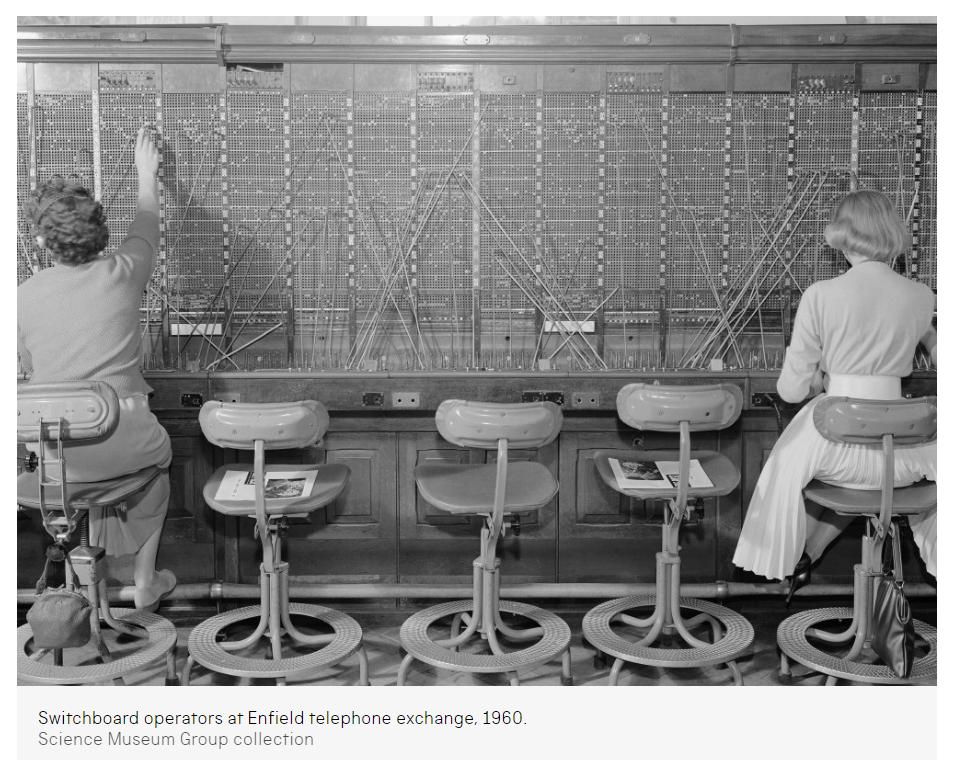 As the number of subscribers increased, however, these exchanges became more numerous and more disbursed through the cities, though the dedicated lines from each subscriber or party-line to an exchange remained. Over time these dedicated lines were gradually buried underground over time, but remained above ground in many other places. However the demand for telephony had expanded far more rapidly at first than it was possible to bury the liens, so for many years most neighbourhoods were served by above ground lines.

Not the answer you're looking for? Browse other questions tagged 19th-century communication sweden or ask your own question.

8
Did most pants in the late 1800s have plackets at the ankle?
20
Were bookshops 'common' in the late 19th century, and how did they differ from modern ones?
12
Did the Russian Empire have a claim to Sweden? Was there ever a time where they could have pursued it?
7
How did the educational curriculum (books) flow from grade to grade in the 1800s?
2
Did people in the late 1800s and earlier really think that there would be, or already exist, "mechanical men"?