What ring is this?

I found this ring among my grandfather's things. (He would be in his late 90s, I think.) I tried to do a reverse image search on it, but could not identify it's origin. There are many eagles on the sides of WW2 rings (that came back in the reverse image search).

On the inside, you can faintly make out the word "STERLING", or something very similar. On the top of the front, I see a partial word, "FIELD". 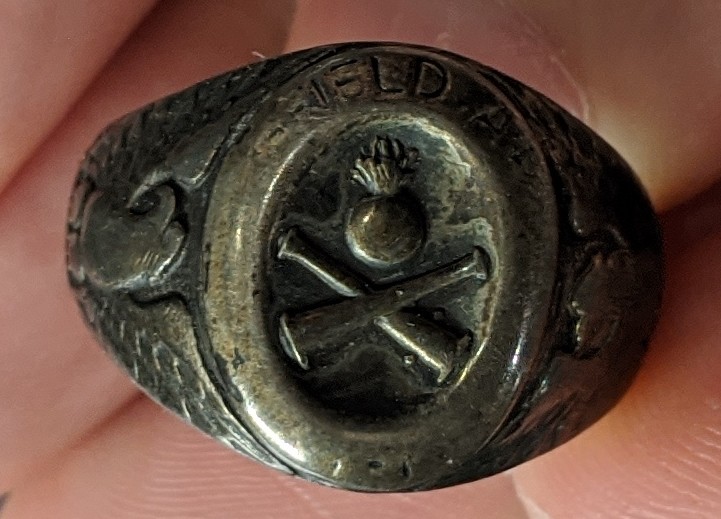 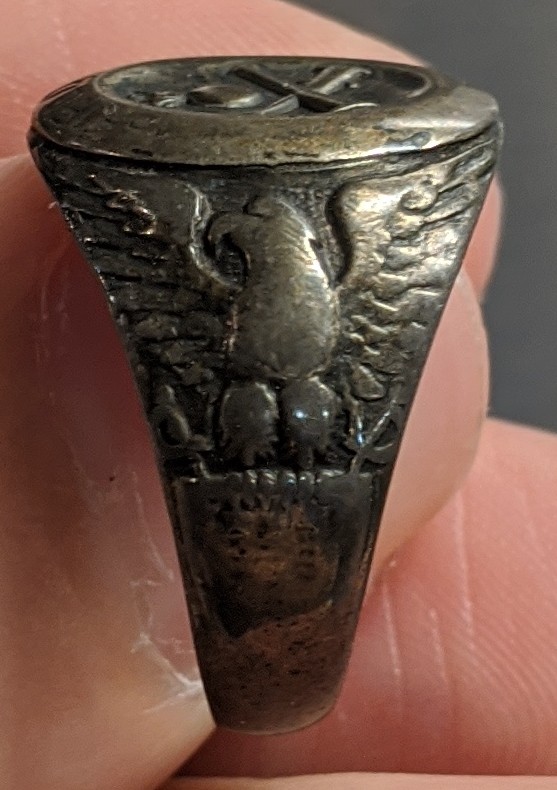 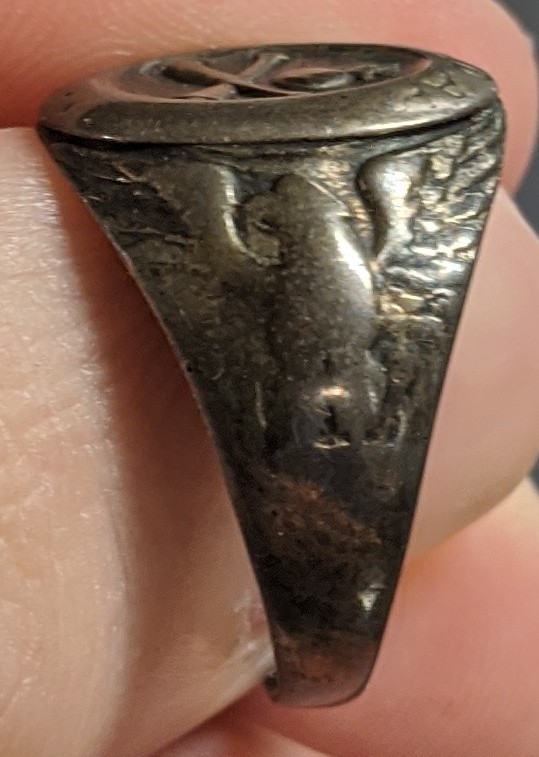 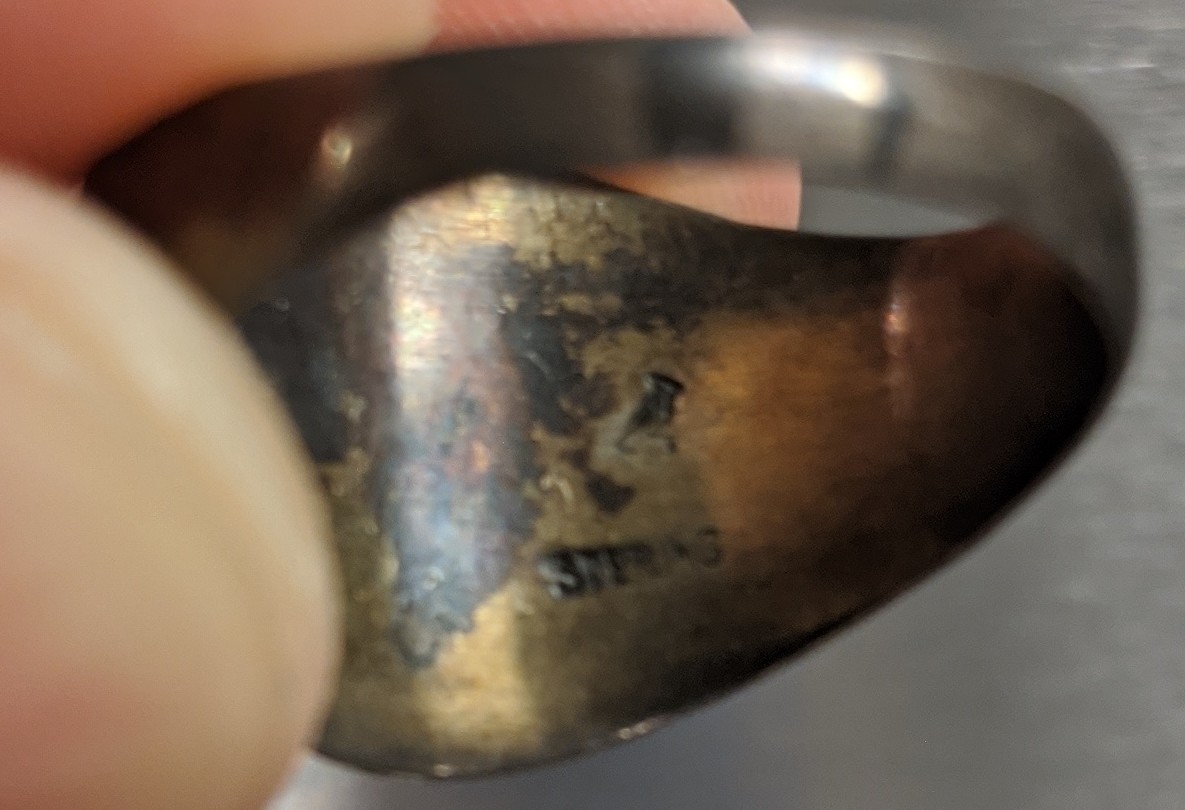 Too long to be a comment, though not really a full answer:

This is likely much older than WW2 or even WW1. That shell above the crossed gun barrels is a "bomb bursting in air", and likely dates the ring to before the Mexican American War.

Crossed gun barrels has long been used by the U.S. Army as the branch insignia, historically usually worn on the cap but now elsewhere on the uniform (shoulder?). However when present, all examples I could find with a shell as well had the shell superimposed over the junction of the gun barrels. the style of these gun barrels is also much older than that typical even in the Civil War.

Artillery until very modern times was distinguished as being either Field or Siege, with the latter being much larger and heavier guns.

Doing some more digging based off of the information in Pieter's answer (and not having seen CGCampbell's comment which says this same thing), I found the US Army Ordnance Corps uses the crossed canon and grenade symbiology on their insignia. 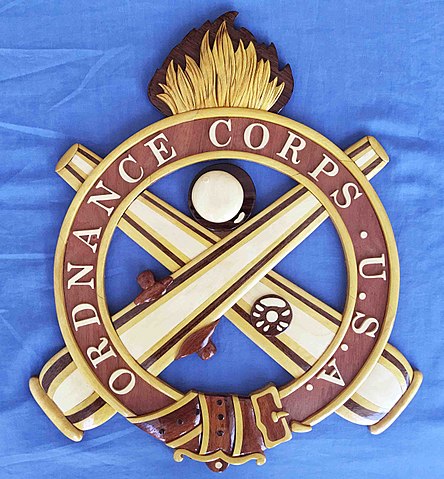 The crossed cannons are representative of the Ordnance Corps's early relationship to the Artillery. The flaming bomb, also known as the shell and flame, represents the armament of days gone by, while the energy it connotes is applicable to the weapons of our own day

Not the answer you're looking for? Browse other questions tagged military 19th-century identification jewelry or ask your own question.

6
What uniform is this?
8
What branch of the military wore this uniform?
2
What is this soldier's regiment?
1
Can anyone tell me if this is legit WW2 Nazi ring?
6
Is this a Masonic Ring?
17
Help me identify this pin?
1
When and where is this probably silver cross with a hollow from?