What is this medal ribbon? WAAF

This is my mother in 1944 or 1945. I never knew she was entitled to wear a medal ribbon. Being black and white, I have to take a guess based on the layout, and I think it may be the Defence Medal but I am puzzled by what seem to be horizontal bars. Has anyone any ideas? 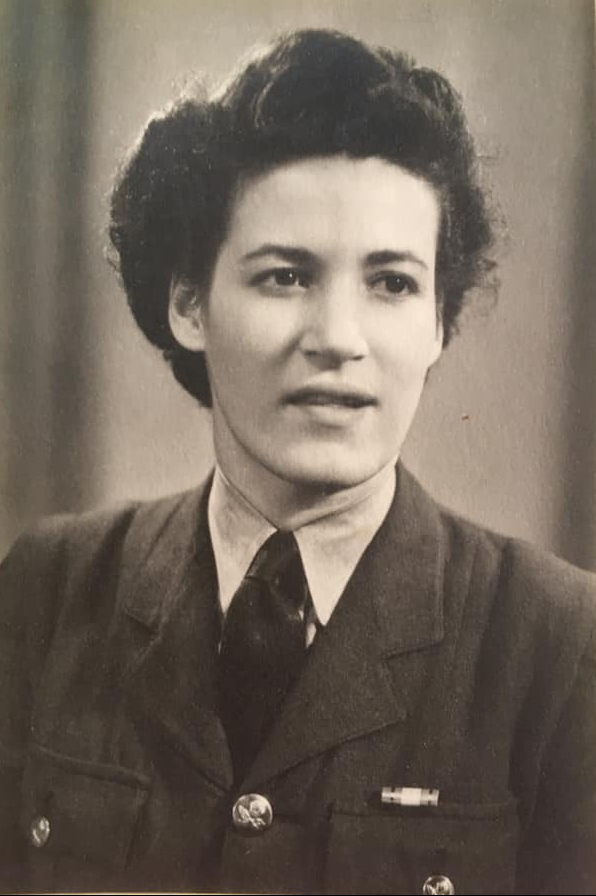 Those "horizontal bars" are reflected light. Fresh medal ribbon is usually quite glossy, and can give reflections like that. The ribbon is for the Defence Medal.

The Defence Medal was more of a campaign medal than a bravery decoration, and several million were awarded. For UK residents, the qualification was 1,080 days of service in the UK, or 360 days overseas service in areas not subject to air attack or invasion, or 180 days overseas in threatened areas.

Incidentally, the picture is necessarily from 1945. The Defence Medal was not instituted until May 1945, and general issue probably took several months, while the subject was demobilised in late 1945.

12
What caused this cratering pattern at Hiroshima?
3
Interpretation of a WWII badge of rank(?) / medal
4
What kind of fence is used at this British airfield?
11
Who advised FDR on foreign policy before and during WWII?
3
Identifying a WW2 German badge/medal
2
Identifying a badge/medal
10
How much time did people have to take shelter during the Blitz in 1940-41?
9
What is this German/Italian badge?
21
What type of plane is this wreck?
19
Is this a Sherman, and if so what model?