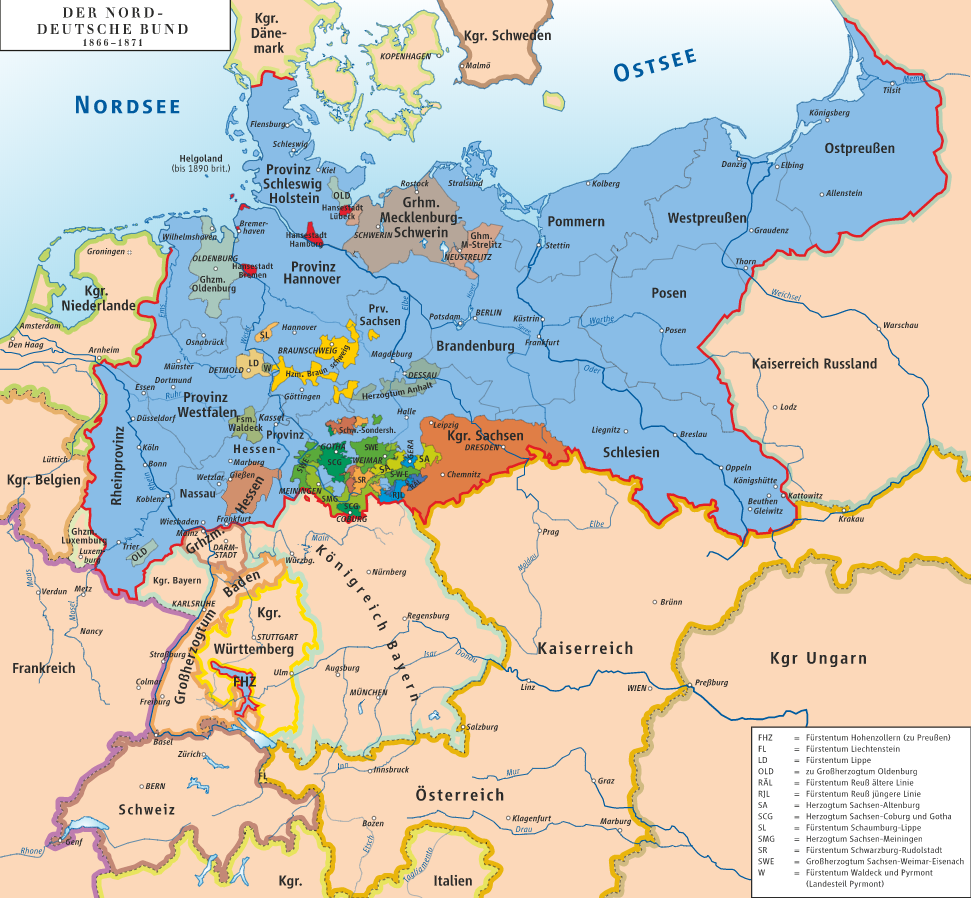 5
How did member states of the Holy Roman Empire justify only including part of their land inside it?
-2
Which European nation had the most kings in the 18th century?

22
Why was the shape of German states pre-WWII (especially Prussia) so complicated?
17
Why was Germany unified in Versailles not Berlin?
10
Annexation of the Kingdom of Hanover by Prussia
22
What East German laws and regulations were extended to the West after unification?
6
Did the Marshall plan only give back a part of what was taken?
9
Why didn't the linguistic split overlap with the religion split in Prussian Silesia?
6
How was the Karwendel railway important to Germany's plans for WW1?
1
Why were the kingdom of Prussia's territorial ambitions focused in Saxony?