Is this Civil War era uniform?

I have a photograph of a relative in uniform, likely from the 1800's. He's listed as a corporal. Any ideas as to the time period for this uniform. On the back of the photograph is written, "corporal Harry Adamson, K 4th o v 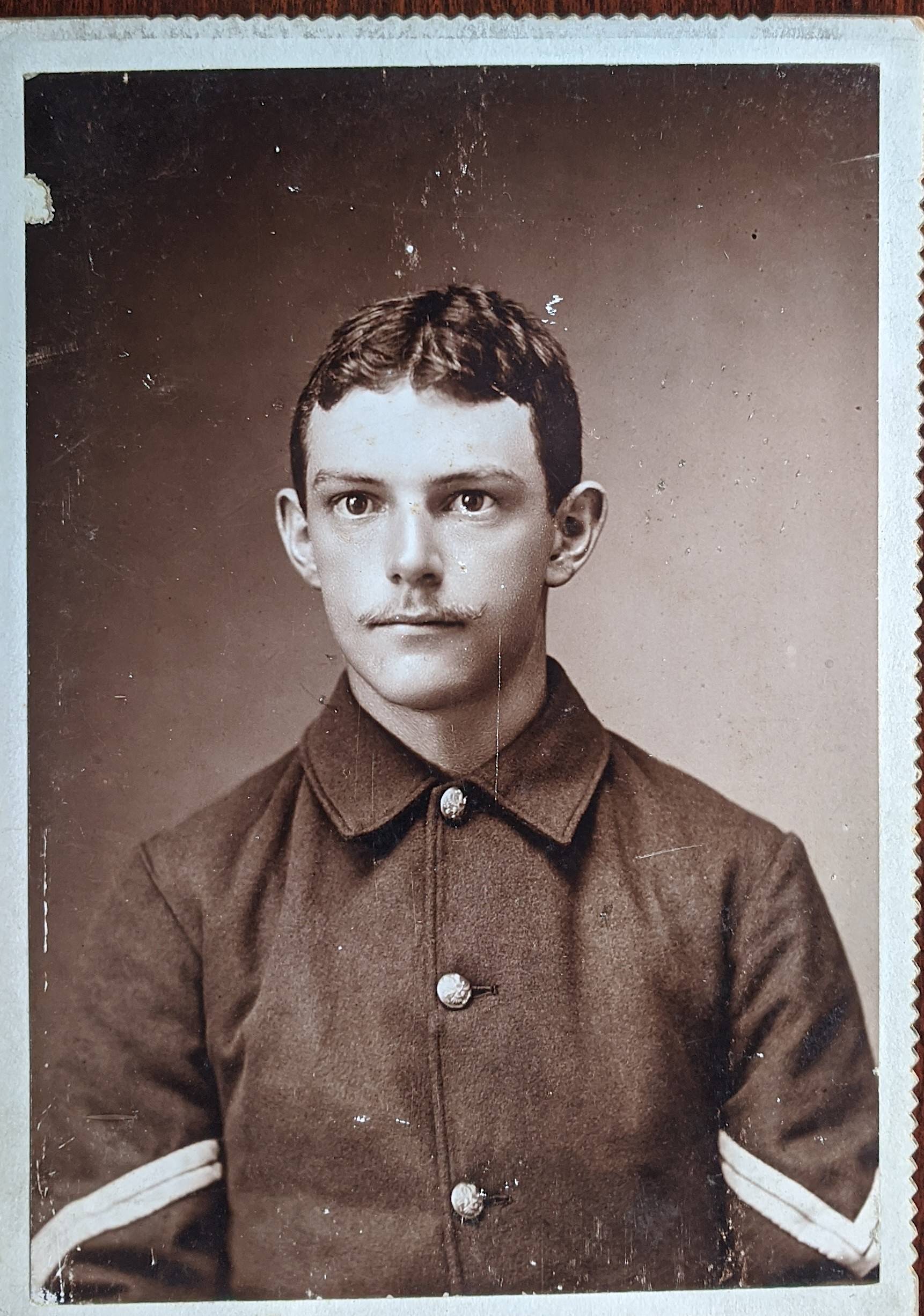 identification uniform
Share
Improve this question
edited May 11 '20 at 6:03

There was another 4th Ohio volunteers, also known as the 14 Ohio National Guard, During the Spanish-American War in 1898.

Thus you photo should be from either 1861-65 or 1898. If you have any evidence of when your relative lived that should help you identify which war he was in.

You should be able to find and search databases of Cival war and Spanish American War soldiers.

That appears to be a sack coat. US enlisted soldiers during the Civil War were issued this blouse, commonly called a "sack coat". These were the most issued and used garments during the civil war. Invented, or first used?, in Europe 1857, they were a significant change from the more fancy frilly uniforms which preceded them. They were adopted by the United States during the civil war because they were easy to make and functional. Warm made out of heavy 20 oz wool. Necessary because the US army grew from 16,215 in 1860 to 1 million men in 1865. That's a lot of uniforms. 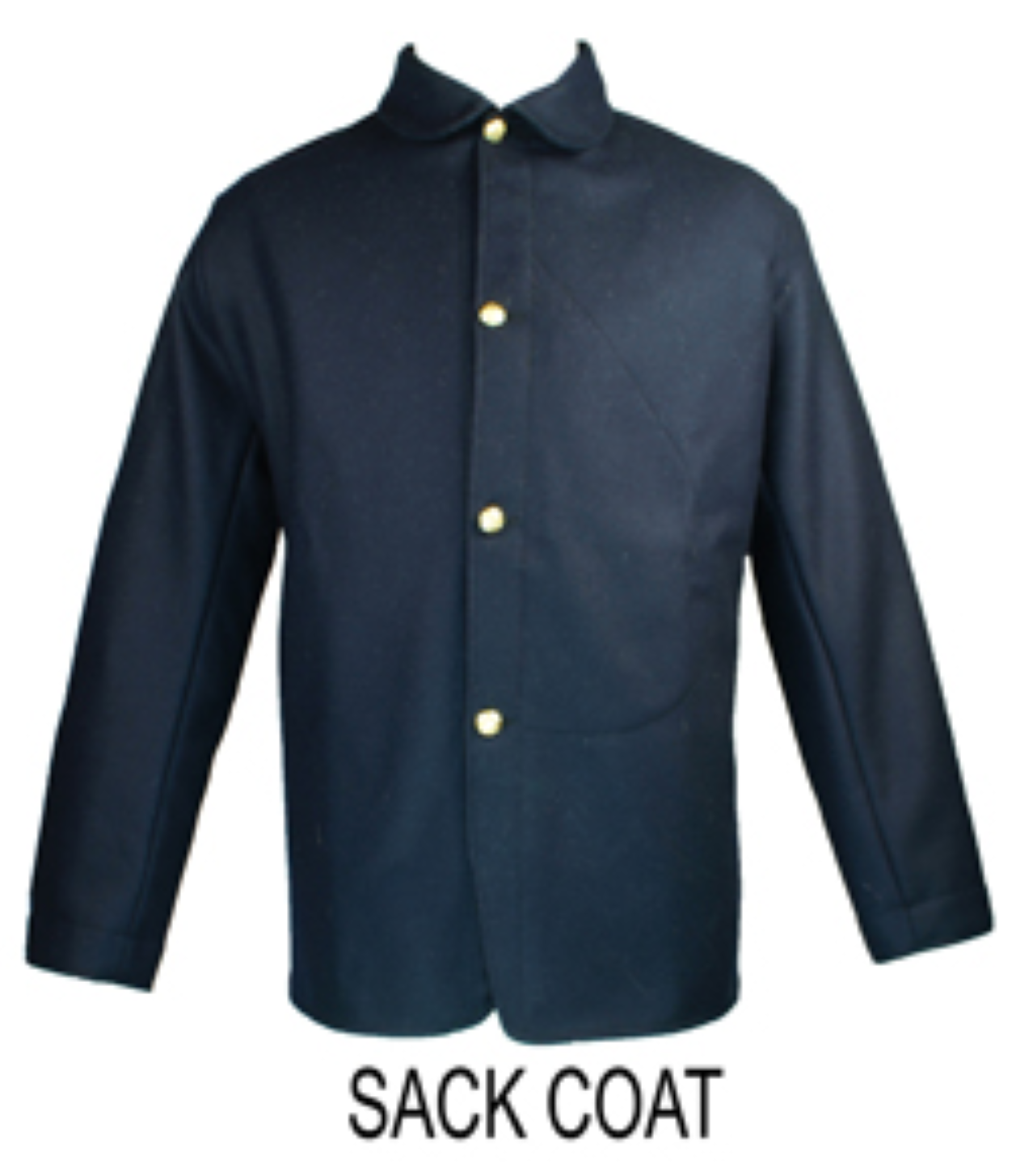 Notes on the Federal Issue of Sack Coat
The Federal issue sack coat of ihe Civil War is a paradoxical garment. In its day it was cheap, common, utilitarian, and entirely lacking in military panache; in fact, it was rather homely. It was used.hard until worn out, issued out as second rate clothing during the Indian Wars, given out to reservation Indians, and finally ending up as moth fodder in great-greatgrandfather's attic. Yet no other 'common' Federal Civil War garment has generated such intense interest among 20th Centu~y collectors or commanded such premium prices as the humble fatigue sack coat.

The problem here is that there were multiple versions of the sack coat used by the US army over the years. The 4 button used in the civil war and a five button used after 1874. We don't have enough of the picture to tell which which we are looking at here. From counting or positioning the buttons we can see.

Looking at the Buttons. (Zooming in).. 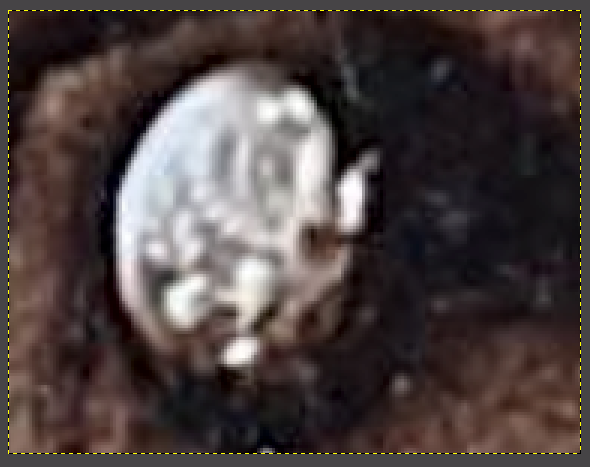 It appears to me the blown up button on this blouse looks more like the button used after 1885. Going by the angle of the eagle's head and neck forming more of a right angle than a curve. Also the eagle's wings. 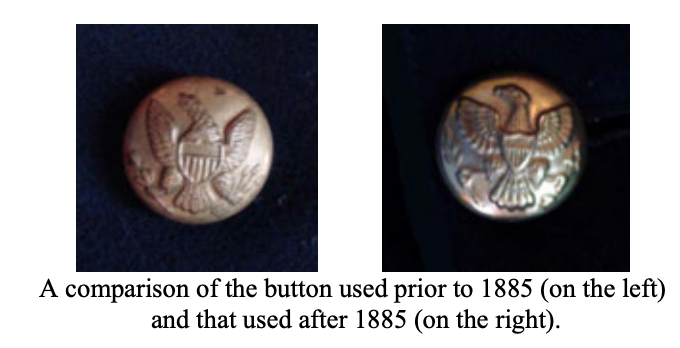 I also found a Congressional record documenting the promotion of a Harry Adamson, to second lieutenant. here page 3357 But that's from 1917.

And in 1934, the Promotion of Major Harry Adamson see page 100 second column