Do these depictions of hunt in medieval Catholic churches have the same symbolic meaning? If not, what is it?

I have come across 3 depictions of a hunt in Catholic churches.

The first two are tiles that were on the floors of an English abbey and a church not far from Reims, France; I could not find any analysis. They seem to be out of tune, given the devotional nature of the churches.

The third one is a fresco from a Mozarabic church. There is a Wikipedia article that discusses it. It reads: on the right is a hunter riding a horse, helped by three dogs chasing hares, which end up trapped in the forest. The hare is a symbol in Christian iconography of the fragility of the soul and strong sexual desire or lust, which must be harassed and overcome.

Is there a similar meaning behind hunters shown on the tiles? If not, what is it? 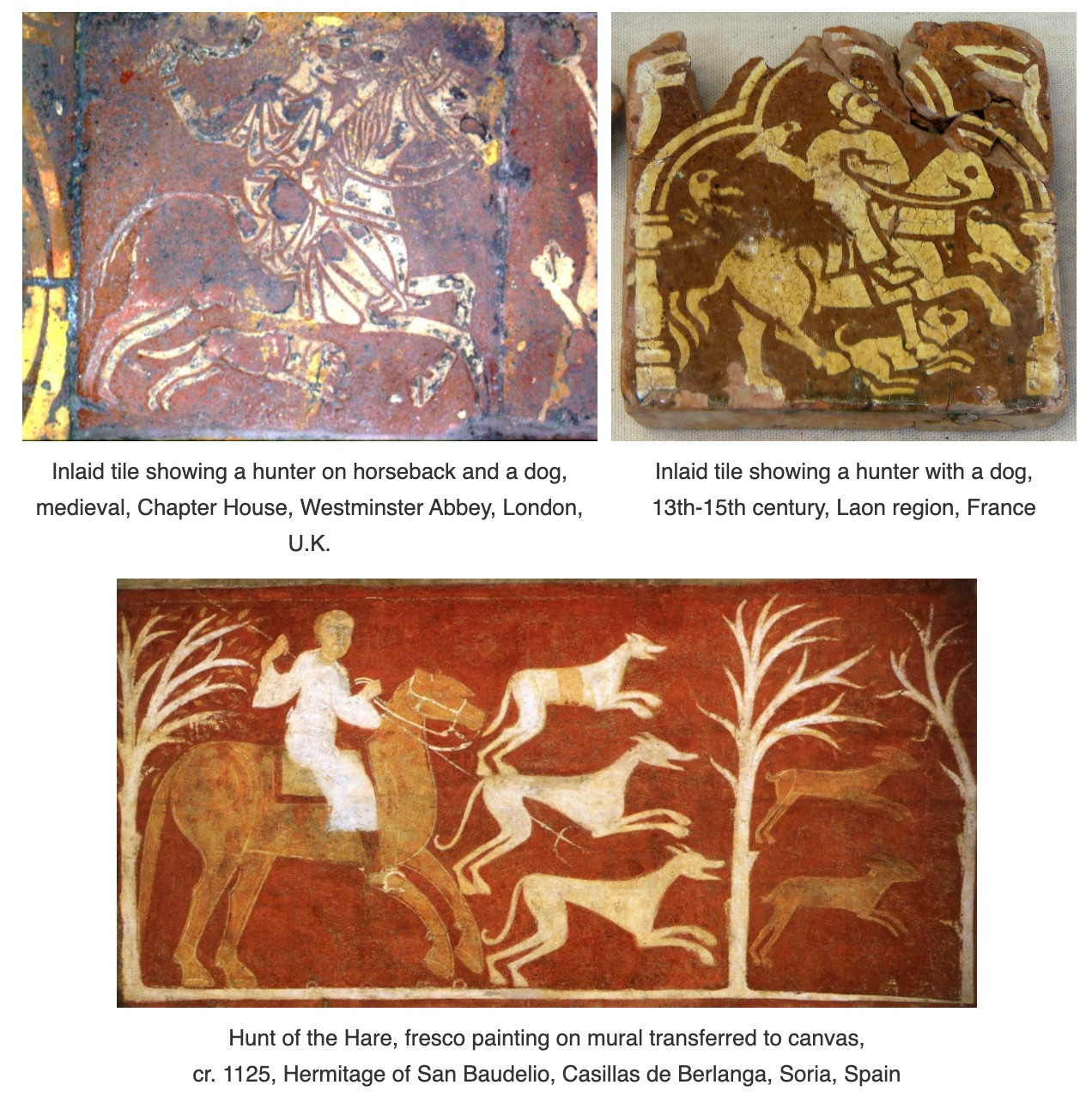 28
What is the meaning of people “looking elsewhere” on medieval paintings?
14
What caused the imposition of strict celibacy for Catholic priests during the 11th century?
18
What is the meaning of a glove on the tail of monsters in illuminated manuscripts?
7
Did the medieval Europe have an active “lowbrow” culture?
2
Why was James II and VII (same person), the last Roman Catholic monarch of Britain, not forced to convert to Anglicanism?
33
What is the date and original source of this medieval picture?
30
What's the meaning of a knight fighting a snail in medieval book illustrations?
4
What authority did the Catholic Church have over European monarchs from 900–1450?