Did British WWII generals have a choice which uniform to wear?

Could the generals of the British army choose what kind of uniform to wear? I am mainly asking because Bernard Montgomery is very often photographed in a battle dress even in very official events like getting an award. In other photographs in a sweater when meeting the prime minister and the chief of staff, who is in a full uniform with a jacket. Was it his personal choice? 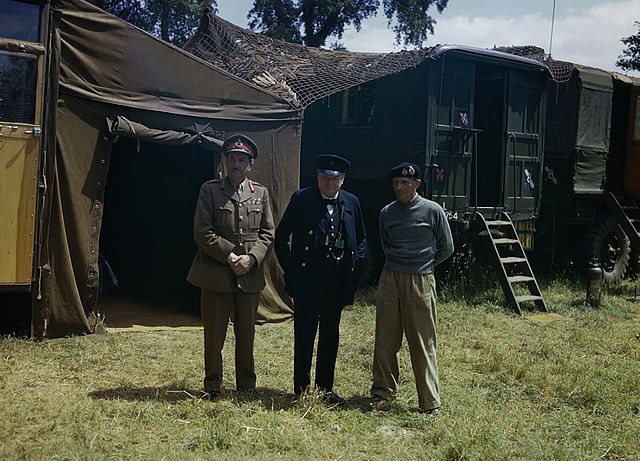 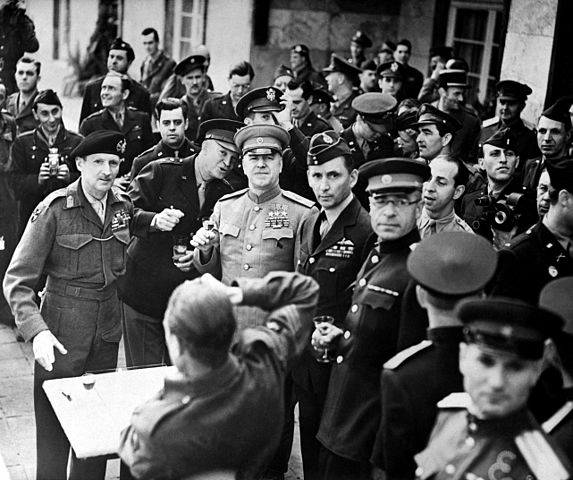 world-war-two united-kingdom uniform
Share
Improve this question
asked May 21, 2020 at 17:19

A full copy of the current British Army dress regulations can be found here. It's a 1,279 page PDF. Obviously, it is not obeyed scrupulously all the time, and there is a history of senior commanders dressing somewhat informally. A prime example is Lieutenant-General Thomas Picton, who commanded his division at Waterloo in civilian clothes, because his luggage had not arrived. It would not have been sensible to spend time borrowing uniform: the forthcoming battle was what mattered.

For the first photo, note that Churchill and Alan Brooke are visiting Montgomery at his own HQ. That means he is the officer ultimately responsible for dress standards, and in the field, these things can be relaxed if it does not impair efficiency. There is a legend that George S Patton insisted on saluting in combat zones; a British officer who did that would be quietly corrected by his commander, and subjected to "saluting traps" by his men.

In the second photo, Montgomery is engaging in a little image-polishing by wearing combat uniform, implying that he's achieved more than all these brilliantly-polished staff officers. However, when you look at the very short list of men who were awarded the Order of Victory, and see that he was awarded it before Eisenhower, Monty has an arguable point. He's also the senior British officer present, so there isn't anyone with authority to complain.

Not the answer you're looking for? Browse other questions tagged world-war-two united-kingdom uniform or ask your own question.

8
After America achieved independence, did George Washington continue to wear a military uniform?
4
What uniform did the Supreme State Arbiter of the USSR wear?
5
WW1 Uniform - Which country does this uniform belong to?
0
What uniform does PewDiePie wear in this picture?
8
Which army uniform is this (2nd Boer British or WWI US)?
6
Did RAF fighter pilots wear ties while flying in WW2?
4
What British WW1 uniform is depicted on this photo from Taunton?
3
What is this Victorian era British uniform?
5
What is this 19th century British army uniform?