Can anyone find the Cartier designs for the unmade Baroda Crown of Maharaja Sayajirao Gaekwad III?

This video, The Great Indian Crowns, featuring Jewellery Historian and Author Rene Brus, mentions a 'Crown Project' at the 14:23 mark. It was a 1930s project to make a crown for Maharaja Sayajirao Gaekwad III of Baroda State, and it is said that the project - although never completed - did last for several years, with Cartier making a number of designs. They also provide this image with the caption that it is one of the designs for the 'Baroda Crown', although it looks like a turban headpiece so common to the era, raising the question whether he was seeking a crown or a turban with headpiece. I'm wondering if anyone can find the design images that Cartier drew up. 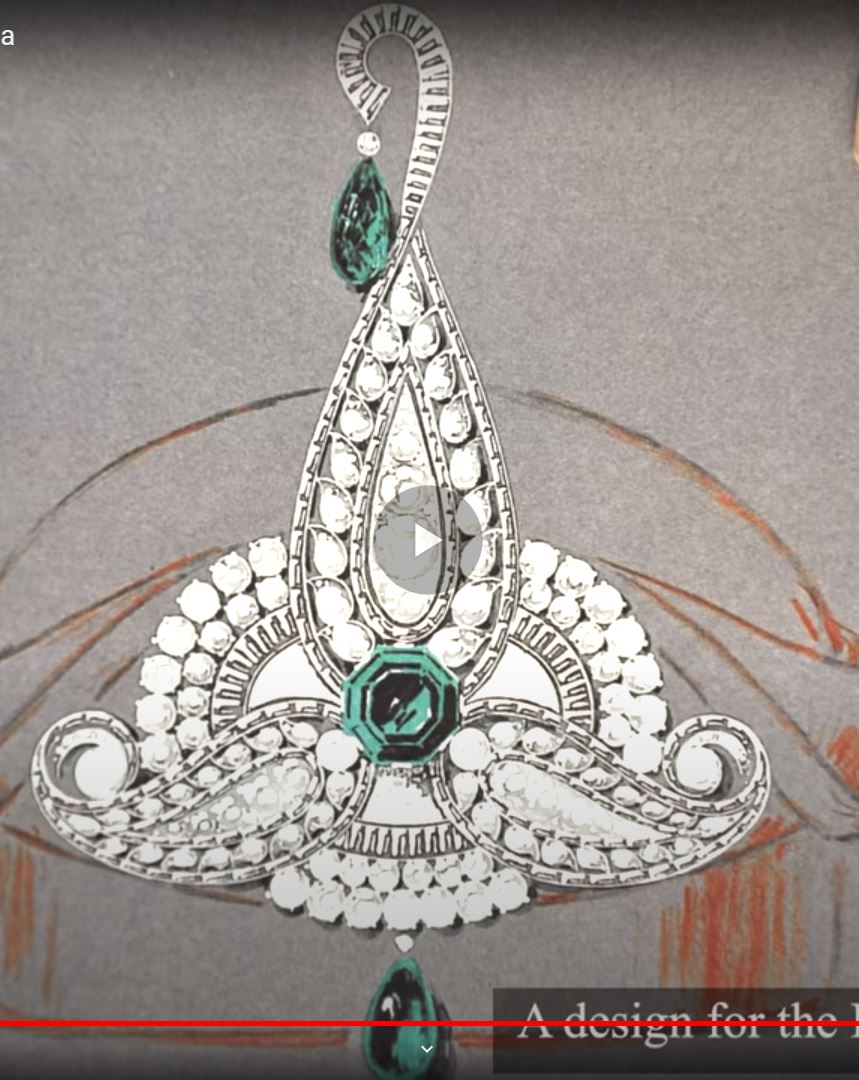 The project is briefly mentioned in the book Cartier, by Hans Nadelhoffer, but focuses more on the 'Nassak' diamond that Jacques Cartier suggested the Prince buy for "the central stone in the turban ornament". The paragraph also says the project was for a "crown and a turban," making me wonder exactly what the order was, for a crown or a turban with ornament or both.

This article with Radhikaraje Gaekwad, a member of erstwhile Baroda royal family, mentions 14 sketches having been made by Cartier for a project that was never realized.

Browse other questions tagged india jewelry or ask your own question.

4
Did the East India Company shareholders get any compensation when the Crown took over in 1858?
3
How can I research multiple raids at the Somnath Temple?
5
Where can I find maps and other historical resources / references of Calcutta / Kolkata in the Victorian era?
6
What materials would have been used in the ancient Mesopotamian crown?