The current (summer 2020) occurrences of looting and rioting are targeting stores and businesses, so I am wondering if houses and apartments might potentially become targets at some point. In previous American riots (eg 1968, 1992), did looters ever enter residences in the affected cities?

To pick just one notorious example, 99 years ago to the day, black people's homes were heavily looted by whites in the Tulsa riots of 1921. As this article describes, at least 65 looters were arrested. In addition to taking basic goods like sacks of flour, they opened up safes in people's homes to take gold and silver.

EDIT, July 2020: I should have made clear that the looting was not the central aspect of this event. It was a massacre and (as @T.E.D. pointed out in a comment) the total destruction of a prosperous black neighborhood called Greenwood. Excavations of a potential mass grave recently began in Tulsa. The Washington Post reports

Historians believe that as many as 300 black people were killed, and 40 square blocks of what was known as Black Wall Street were destroyed by fire. The destruction included more than 1,250 homes, churches, schools, businesses, a hospital and library.

Yes. In San Francisco, 1849, a gang called the "Hounds" looted and destroyed residences in the district of Little Chile:

"The Chileans in large numbers are living in tents on the outskirts of town. About 10 o'clock at night the Hounds made an assault upon them, tore down more than a dozen of their tents, broke open their chests, stole their money, tore their clothing and scattered their property, and fired upon them with pistols intending to kill as many as they could."

By the next night 17 suspects had been detained by a volunteer police force, a forerunner of the famous Committees of Vigilance.

(There has been debate in the comments about whether the episode was a "riot". This was actually one of the criminal charges brought by prosecutor Hall McAllister. Here is the Alta California's reporting on the charge of Riot from August 2, 1849: 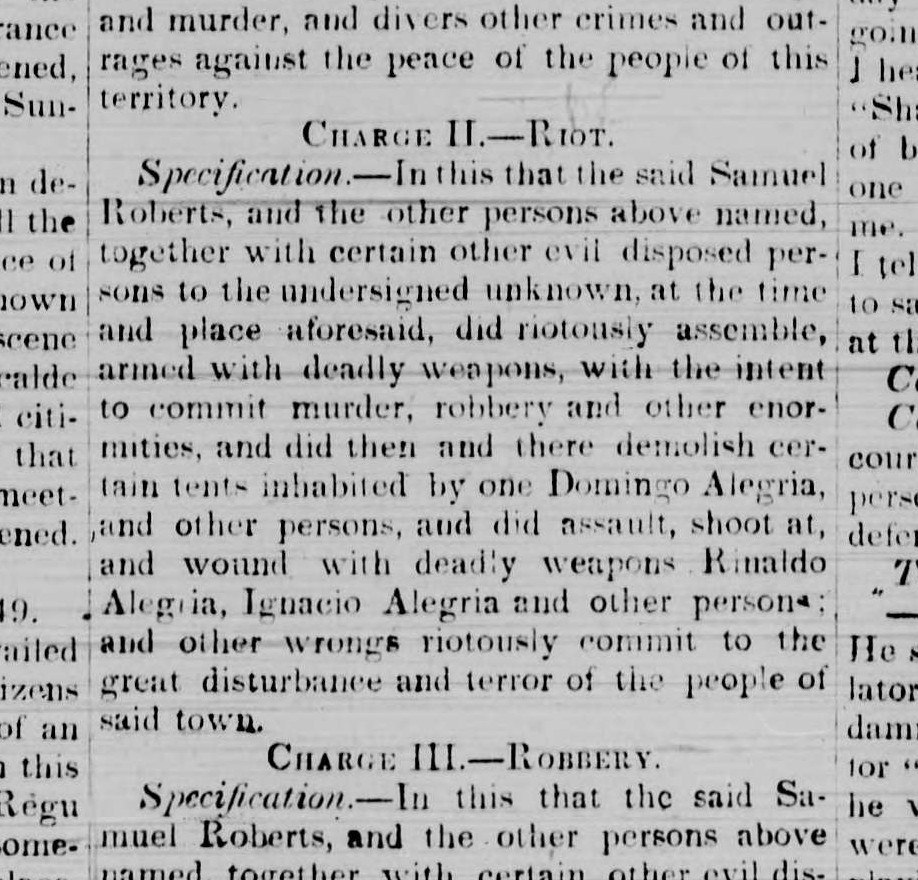 Secondary sources also calling the event a riot include Soulé's "Annals of San Francisco", Ellison's "A Self-Governing Dominion", and Monaghan's "Chile, Peru, and the California Gold Rush of 1849", which devotes a whole chapter to what it calls "The Anti-Chilean Riot".)

Not the answer you're looking for? Browse other questions tagged united-states crime cities or ask your own question.