My son also found the same coin in spiel platz while he was playing. Have you got any further infornation about your 2 coins? 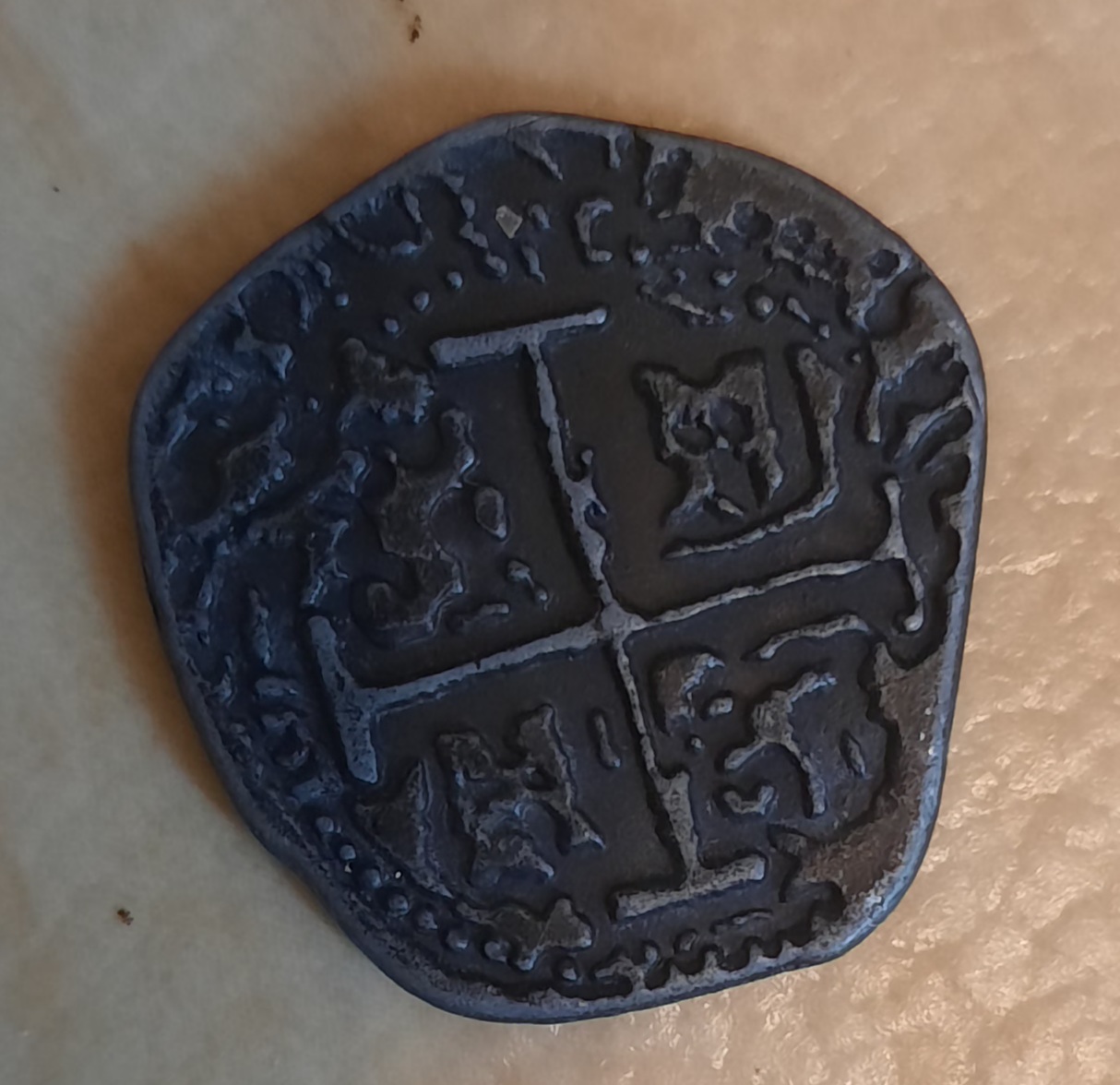 Answer: This is a low-quality modern reproduction (fake) of an antique coin. You can analyze the coin and see it for yourself: The ridges are meant to suggest a heavily corroded surface but the flat and smooth background indicates no corrosion at all. The lower surfaces have been painted a uniform black/grey color. The raised surfaces have the consistent dull grey color of cheap metal. One can't tell from a photograph, but the coin might have very light feel, indicating a cheap mixture of zinc and other metals, possibly including toxic lead.

In contrast, a real ancient coin would not have uniform flat surfaces (like the ones you see above). It would not have a painted background. Its raised surfaces would show more polishing and extra wear closer to the outer edges. It would have the weight and feel of "a real coin."

As pointed out by @LangLangC, it is usually possible to find nearly identical copies of modern fakes online. Ancient minting techniques showed greater variation from the outset. Centuries of aging only increases the variations from one coin to another.

Not the answer you're looking for? Browse other questions tagged identification numismatics or ask your own question.