Did Hellenic-Romans have Ancient Greek heritage?

I had the results of my "true ancestry" back. You upload DNA data and they compare it to DNA obtained from ancient burial sites.

Interestingly, I had a strong match to "Hellenic-Roman", but nothing turned up for "ancient Greek". Older matches were Anatolian and Canaanite regions and Minoans.

Yes, in ancient times there was a Greater Greece that included what is now extreme southern Italy. From about 700BC to around 300BC. This initially consisted of colonists from various parts of Greece, but of course over time their descendants culturally (and presumably genetically) assimilated with the surrounding Latin culture from further north in the peninsula. For most of the next 500 years, Greece and Italy were part of the same governmental/cultural unit: The Roman Empire. So that's about 500 years together as one culture. Mostly. The Greeks in the eastern half of the empire kept their language the whole time, which tells you there was likely only limited assimilation going on in their zone*

However, prior to this point, it appears that the Greek and Latin cultures had gone their separate ways thousands of years before, likely somewhere on the eastern European steppe. Aside from both being Indo-European, the two languages aren't closely related at all.

After the fall of the Roman Empire, they went their separate ways for nearly 2 more millennium (to today). A lot of different things happened in both places during that time. So from what I know of their history, I find the idea that some think they form a cohesive and exclusive genetic unit ... somewhat surprising. I'd honestly want to see the details before giving it much credit. 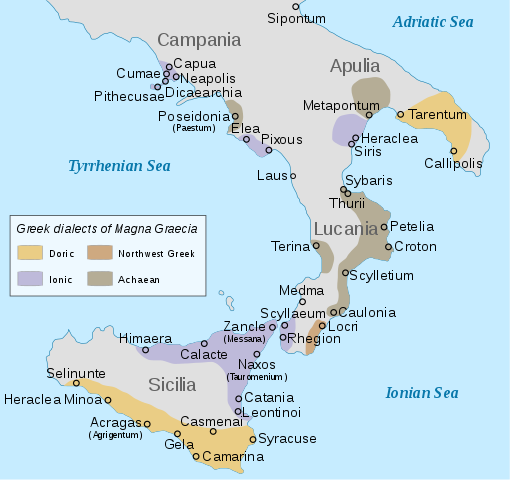 Now lets dive deeper into how valid this is for a person's DNA results.

it appears that website doesn't actually do DNA testing themselves. What they do is take the outputs from other services that do perform DNA testing, and try to match historical cultures with the DNA results.

From user James Stratman on WikiTree:

... My True Ancestry isn't a DNA testing company. You just submit your raw data from FTDNA, Ancestry, LivingDNA, 23andMe, etc. to this company and they give an analysis of ancient groups and where you fit in. I did try the freebie version and it was okay. I do find such analysis to be rather generalized and doesn't really solve or break through any ancestry walls that I need going back 600 to 1000 years.

Of course by the principle of GIGO, this is only going to be as valid for you personally as the data that was fed into it. There's a lot of debate about that. There's a good chance your DNA analysis is only a bit better than random.

The next question is how well that site maps those results to cultures. Here, I've got a bit of an issue. It seems likely they are just taking whatever common culture at some point encompassed the area specified by the DNA tester, and telling you about its history. For example, for Ancestry.com one option appears to be Italian-Greek, with a big circle drawn around the central Mediterranean. So this could be an opportunity to tell you about the Roman Empire, or perhaps going the other way about Magna Graecia. Its a cool way to learn about history, so I love it as a tool for that. But is this really your personal family story? It could be, but there are other options too. How did they pick the one they did? Does it matter?

* - Of course anyone familiar with demographics in the USA can tell you that culture and genetics can easily be two completely disjoint things, at least for a while.

30
Who were the Huns and/or Xiongnu?