Are there historical statistics about the number of market towns?

As a way to understand changes in the middle ages, I want to know the development of market towns. Particularly, I am looking for the increase in their number, organised by country and period (e.g. century).

So far I haven't found much. For instance, Wikipedia states:

After this date, the Black Death caused many markets to be abandoned. It has been estimated that there were about 760 official markets during the Tudor and Stuart period.

Wikipedia also mentions a "systematic study of European market towns between the 13th and 15th century" made by Braudel and Reynold. It might refer to the book "Civilization and Capitalism, 15th–18th Century". I searched through it but has no statistical analysis of different countries and periods. There are some statistics, as the one reflected in the map below, but no spatial-temporal comparative analysis. 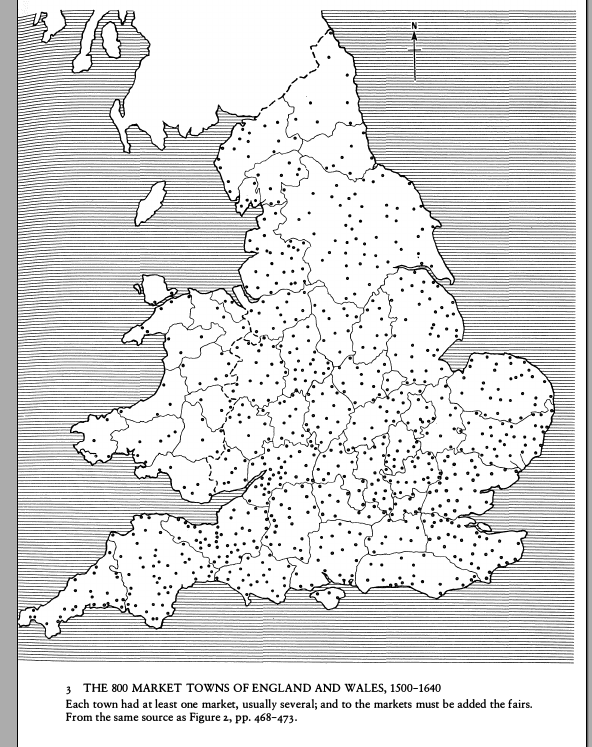 Are you aware of a systematic, country-period analysis of the evolution of market towns?

Browse other questions tagged middle-ages economy cities or ask your own question.

6
What is so special about the location of Mexico City?
11
What was the “Brakteaten” medieval monetary system?
2
Which European towns or cities are architecturally most similar today to how they would have been in 16C-17C?
1
Why did towns became ghost towns after the mines dried up?
13
Why are the historical large cities in the southern US not the large cities in the South today?
23
Are there historical texts in England querying where Roman structures came from?