Does anyone recognize this uniform?

I think it may be a Polish uniform, but I'm not sure. The eagle hanging down from the chest pocket seems unique in my web surfing for similar uniforms My family came to US from Snietnica, Galicia in 1907. So either it's a uniform prior to 1907 or it's another family member who remained in Eastern Europe. I would love to know a time range for this style uniform. 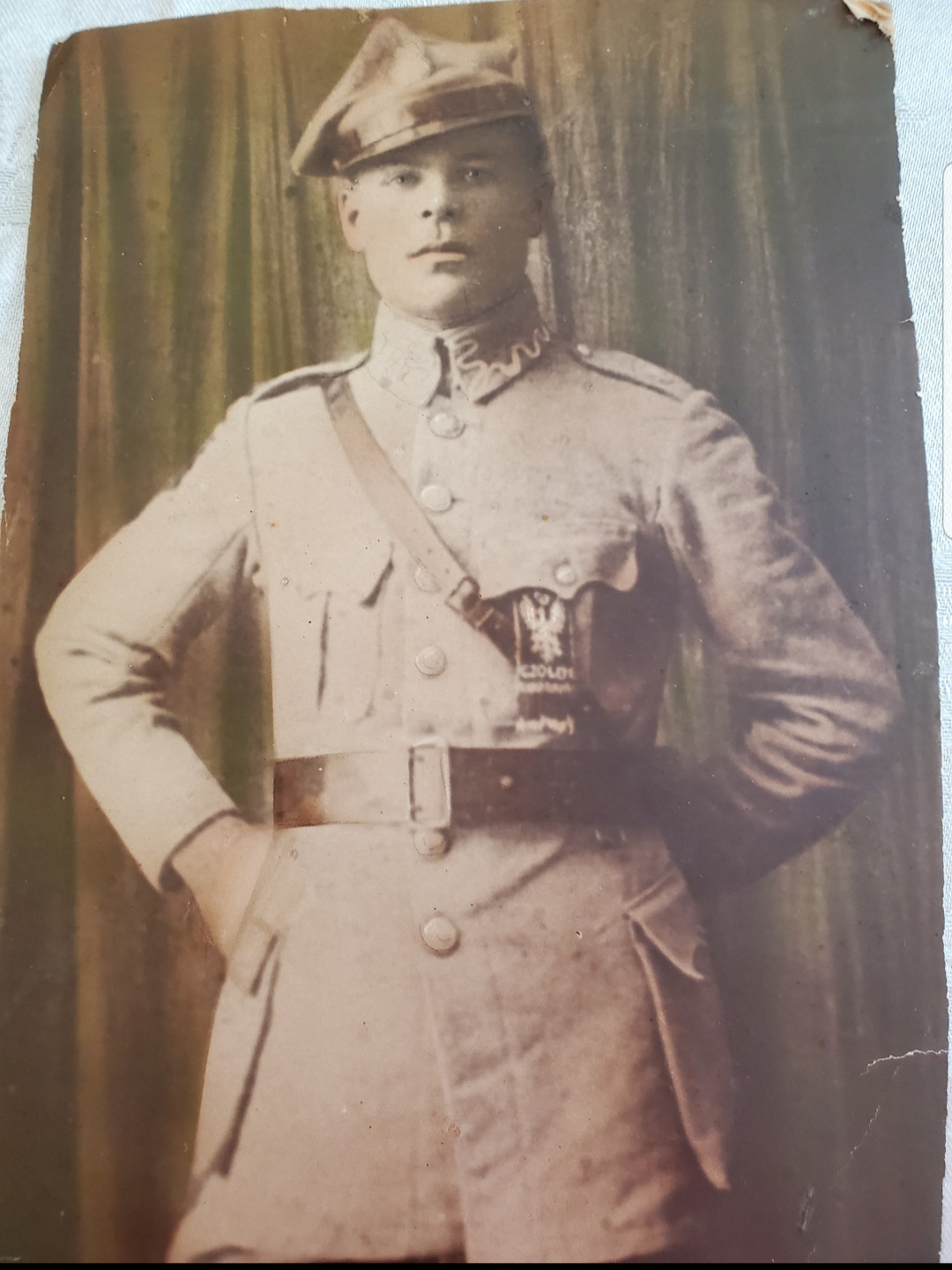 This is a placeholder for an answer. This is definitely a Polish uniform. The cap shape and collar decoration are distinctively Polish. The cut of the uniform looks World War I-ish. I don't think the Sam Browne belt was much used outside Britain until about 1910, and became extremely widespread after World War I.

The Wikipedia article on Sam Browne belts has a photo of a modern Polish officer wearing the same kind of cap as your relative, with a zig-zag decoration on his cap related to the wiggly collar decoration on your photo (as discussed here; that discussion cites this), and of course sporting a Sam Browne. The first two of these three things are definitely Polish.

Since Poland was not an independent country in the period 1795-1918, without an army of its own, it is unlikely your photograph dates from before 1918. I believe during World War I there was a Polish Legion fighting with the Germans against Russia and a Blue Army fighting with the Allies against the Germans. After the war veterans of the Blue Army wore a uniform similar to yours, even though during the war itself the Blue Army uniforms did not look like yours.

If the writing on the breast-pocket badge says "Czołgi" [="tanks"] as Spencer commented, the likelihood is that this was a Polish uniform of the period 1918-1939. The Polish Army made extensive use of tanks throughout the interwar period, as described in this Wikipedia article.