Please help with identifying this uniform, taken in Turkey 1940s

My Greek uncle worked in the American Embassy in Turkey and this picture I believe was taken in the embassy, circa 1940s - he was about 20+ then. I have researched epaulettes, uniforms of the Turkish army, but no joy. It would greatly help to know the identification of this uniform. My uncle is to the left of uniformed man. Thank you for any help you can give. 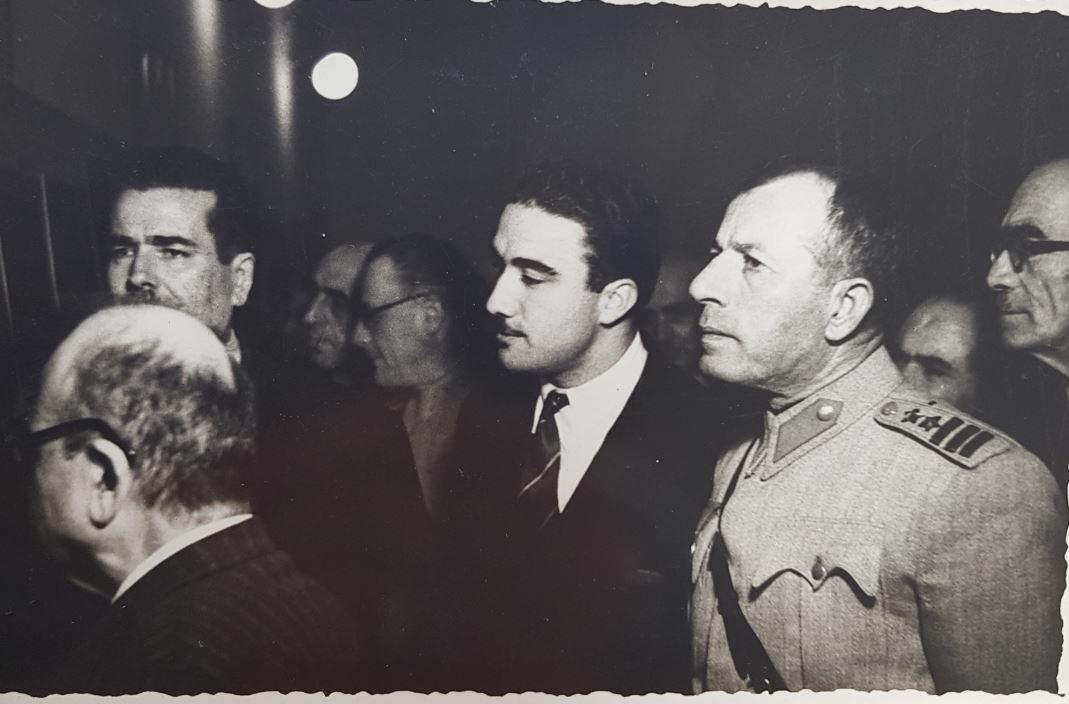 With the Decree dated 23 May 1933, the shapes of the ranks have been kept but they were applied to the shoulder straps. Also another rank was established Orgeneral (General – now 4 star). Only Maresal insignia (Field Marshal) was kept on the collar. (Picture 18)

shows the shoulder straps of a Tümgeneral (=2 star general, major general), which look to me to be the same as those on your picture.

Not the answer you're looking for? Browse other questions tagged world-war-two military identification or ask your own question.