What is this Victorian era British uniform?

Could someone help me identify this British Victorian period uniform? Is it possible to know the regiment and rank from the photo? (No name, no date, but certainly taken in the 1880s-1890s)

Thanking you in advance, 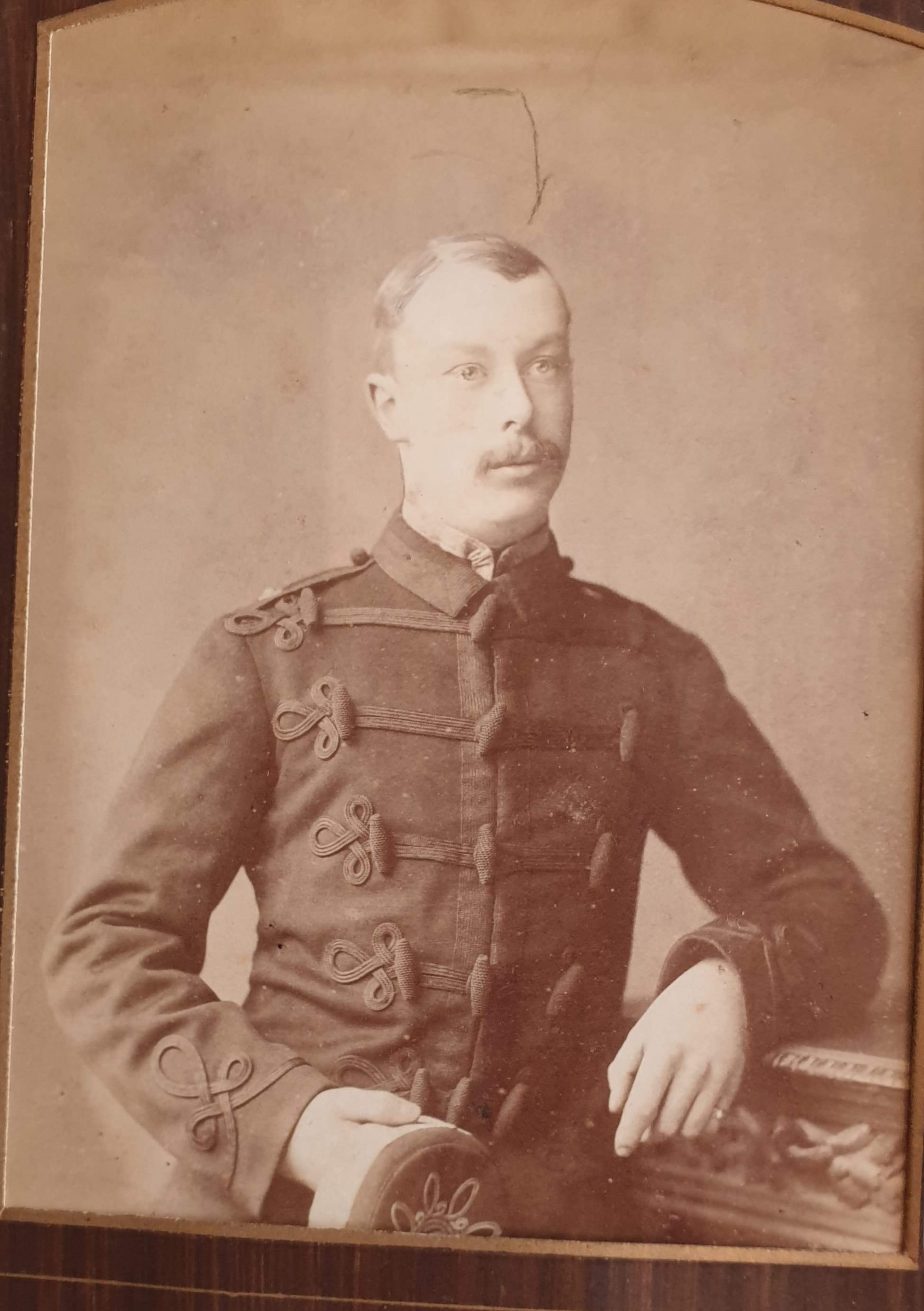 A little research leads me to conclude this individual was an officer of the Royal Artillery. Two elements of the photo give information to pursue, the jacket and the cap.

The uniform displayed in the above image is listed as an 'Officers Patrol Jacket' at the Australian War Memorial website: 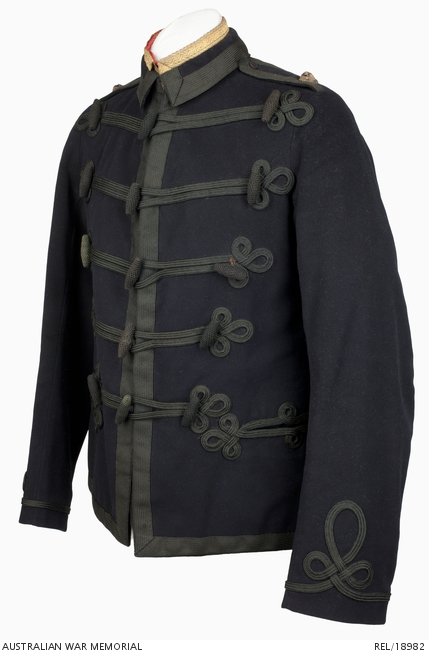 There is a good amount of information you can read describing the uniform at the above site, but from the 'units' section in the description

it appears that this jacket may have been used by various units throughout the UK.

I did find another very similar jacket to the one in the OPs photo listed for sale at a site called Oakleaf Militaria. 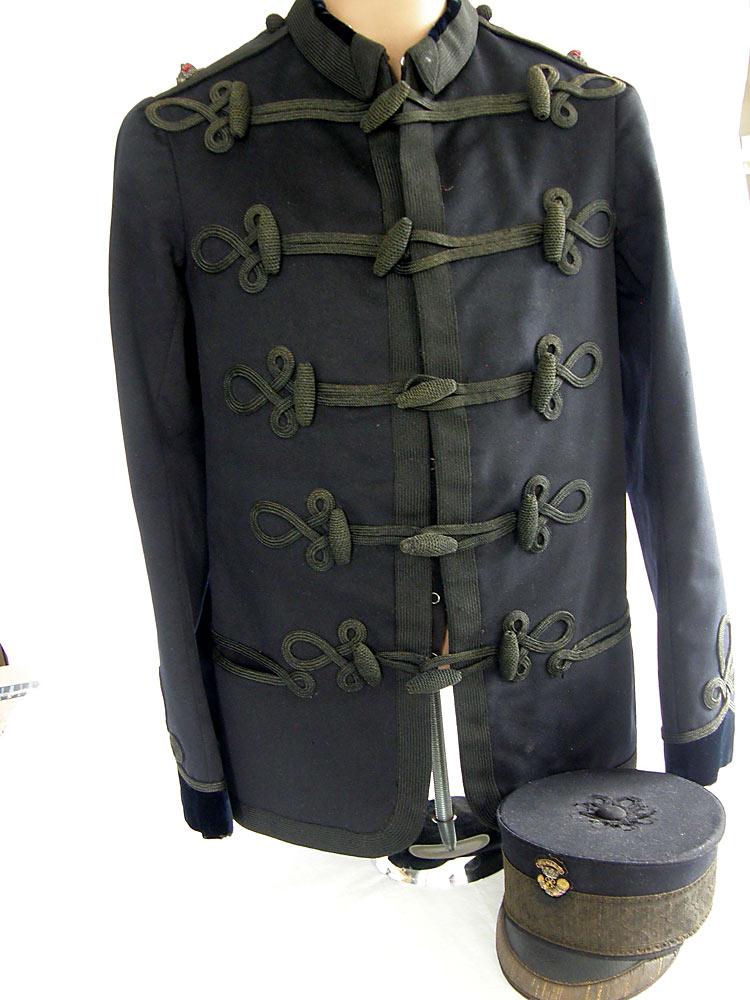 The identification of this item also lists it as an officers 'patrol tunic', but the pattern on the top of the forage cap doesn't seem to match that of the OP's image, so I do not think this would be the correct unit.

A little further browsing, and associating the Artillery info from the Australian War Memorial site has lead to a couple of hits concerning the headgear.

The site The British Empire has a good image showing a pillbox cap with what appears to be the same design: 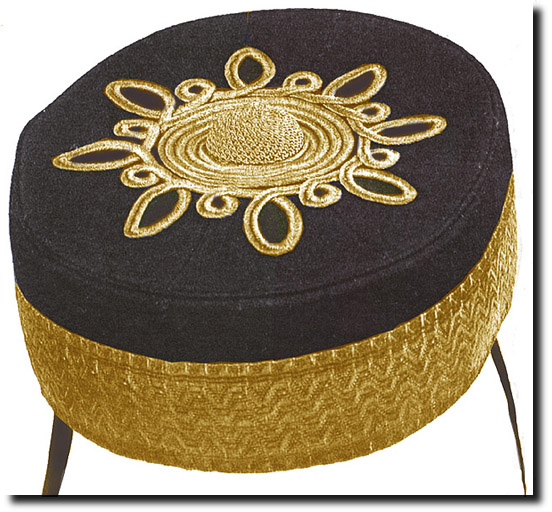 The caption there says (emphasis mine)

This item of undress headwear was discontinued after 1902. The star-shaped decoration in gold braid on top was special to the Royal Artillery.

This does seem to narrow the cap to one used by Royal Artillery Units.

Another image of a similar cap: 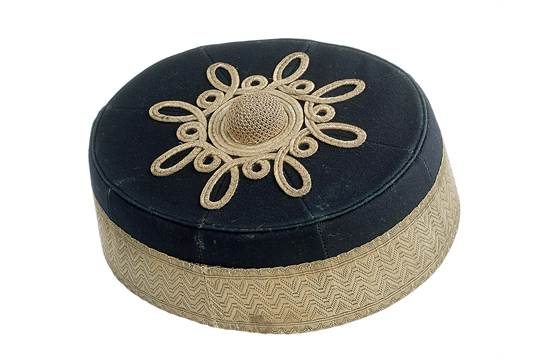 This item from an auction site, The Saleroom is identified as

So we can safely conclude from the jacket, an officer, and by the cap design, a member of the Royal Artillery. (and since the cap was discontinued in 1902, this gives us an end limit to the date range)

Not the answer you're looking for? Browse other questions tagged identification uniform victorian or ask your own question.