How did himuros operate for storing and transporting ice in Heian Japan?

I'm trying to learn more about himuros (ice houses) and ice transportation in 1000 AD Japan. Does anyone have good articles, or can describe in more detail what they looked like, and how ice was stored and transported?

Based on the scant information I'm finding in English and online, a proper answer to this might be difficult even with some serious library research.

Here is a brief mention from the book Vanishing Japan: Traditions, Crafts & Culture by Elizabeth Kiritani, which unfortunately includes no footnotes:

Ice made from water that was naturally frozen in the middle of winter [was] carefully preserved through the hot months of summer in Heian Period storehouses called himuro. Up to two-thirds of the ice would melt before the end of summer, leaving a precious third for the enjoyment of the court people.

Ice was kept in the mountains where it was collected in the winter and stored in huts sunk into the earth (himuro). In summer it was sold at a high price to the noble families who liked to regale themselves with sorbets made with crushed ice and flavoured with herbs.

The footnote on this points to p. 147 of the 1964 edition of Morris's The World of the Shining Prince, but that may be incorrect as I'm not seeing anything about ice there, or anywhere else in that book.

The following is from a footnote from the book Enduring Identities: The Guise of Shinto in Contemporary Japan by John K. Nelson:

The lecturer, Edani Hiroshi of the Heian Museum in Kyoto... stated flatly that the Kamo people were in charge of making ice for the imperial household. They did this by digging chambers in the earth: large stone-lined pits (himuro) where ice could be stored through the hot summer months. [...] Once the practice became established in Yamato-Japan, there was even a court department regulating himuro production, recounted in the Engi shiki as having occurred during the reign of Nintoku (313 c.e.).

(You can search a translation of the Engishiki here but I've not found relevant information there so far.)

Note that this long predates the period you are asking about. The other references I am finding so far are for the much later Edo period and after. Here is an interesting blog post with photos of an annual ritual that is still practiced today but date to the Edo period. The Himuro Koya (Ice House Cottage) used for this ritual is still made of thatch. 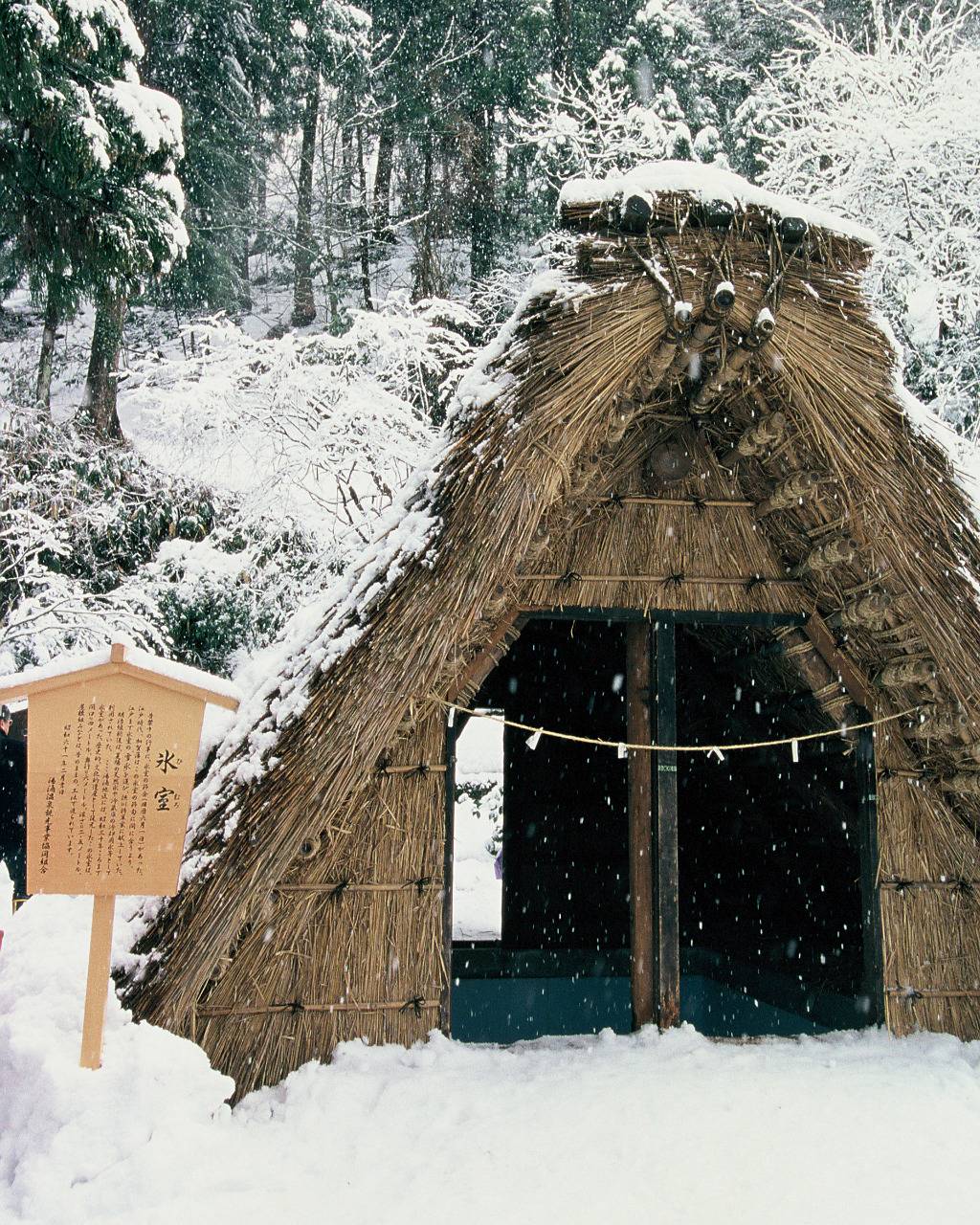 Sorry, not a Japanese reference but there is a very interesting movie about ice in old Korean (Joseon) called "The Grand Heist". There are many places online to watch it.

Not the answer you're looking for? Browse other questions tagged japan classical-japan or ask your own question.

5
Where can I find more information about this use of Yakuza against a demonstration in 1960?
3
How was Pre-Samurai Japan structured ? What part did solders and warriors play in the yayoi culture and how did the Yamato state wage war ?
109
On 1941 Dec 7, could Japan have targeted the Panama Canal instead of Pearl Harbor in a surprise attack?
2
Could German citizens visit Japan during the Nazi era? And if so what would the locals think of them?
54
Why does Japan use the same type of AC power outlet as the US?
7
Why did animation become so huge in Japan compared to other countries?