How did the pincer movement at the Battle of Cannae work? [closed]

Ask Question
Asked 6 months ago
Active 6 months ago
Viewed 118 times
0
Closed. This question is off-topic. It is not currently accepting answers.

In an effort to understand both the Battle of Cannae and its early use of double envelopment (Pincer movement) in 216 BC, I came across the following diagram: 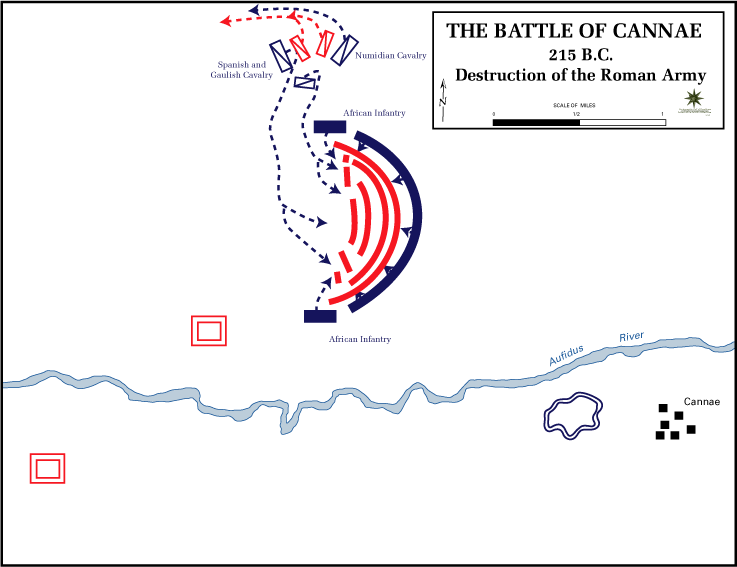 The diagram doesn't seem particularly well labelled. I take it from context that Hannibal's forces are in blue and the Romans are red, but I am left with the following questions:

I can answer some of these questions, as I had a hand in writing the present version of the Wikipedia article -- which I admit needs more work.

Not the answer you're looking for? Browse other questions tagged military roman-empire pincer or ask your own question.

47
How did the Roman state verify citizenship?
4
How was Takeda defeated at the Battle of Nagashino?
3
How did criminal law work in the Roman Empire?
8
Did Aetius or Attila fight in the Battle of Worms (436)?
2
How did a travelling Roman army decide where to temporarily camp for the night?
8
How did an unditching beam work?
1
What happened to Gordian III in the Battle of Misiche?
34
How were Martello towers supposed to work?