What tanks/armored vehicles are in these pictures? 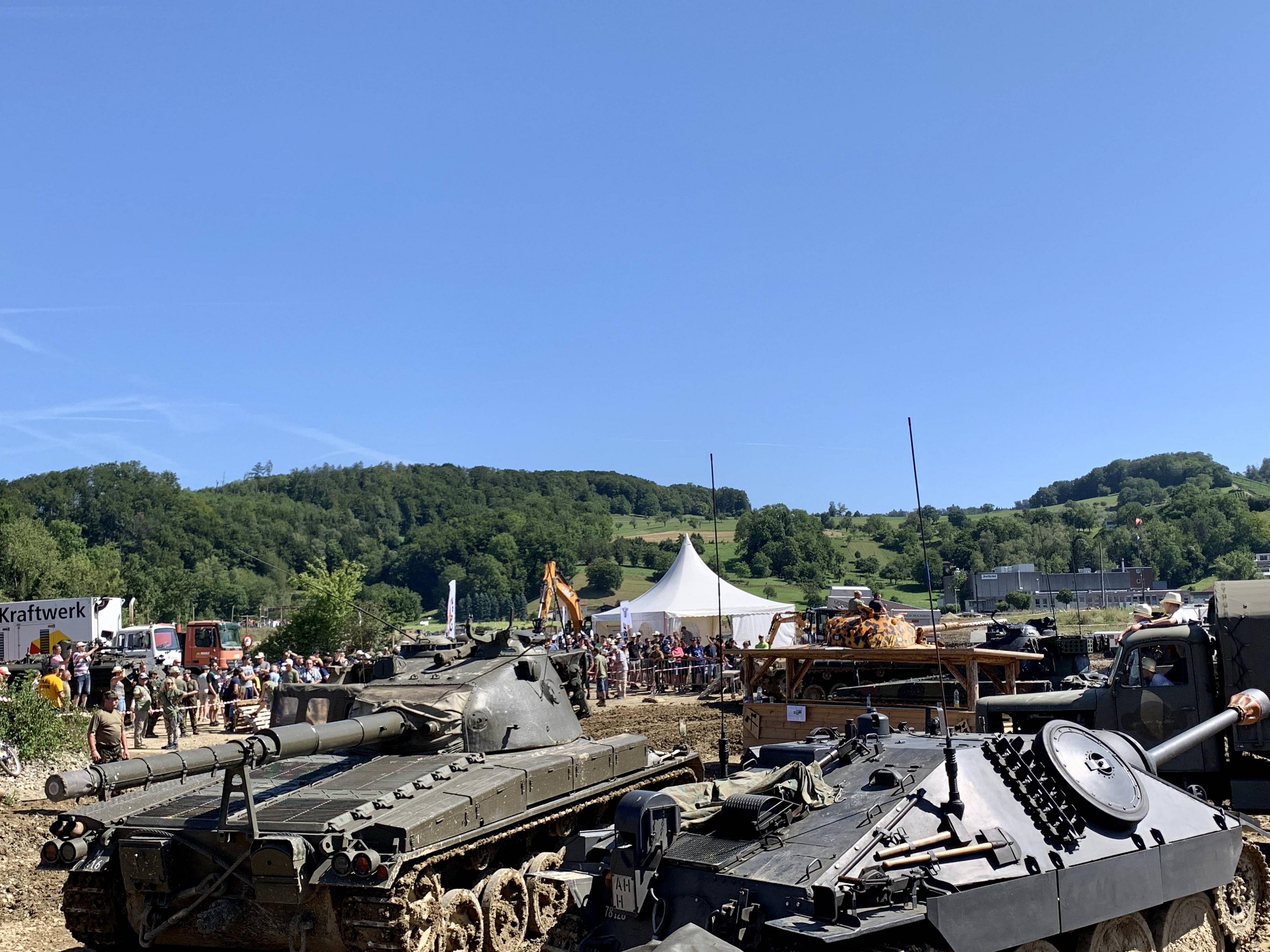 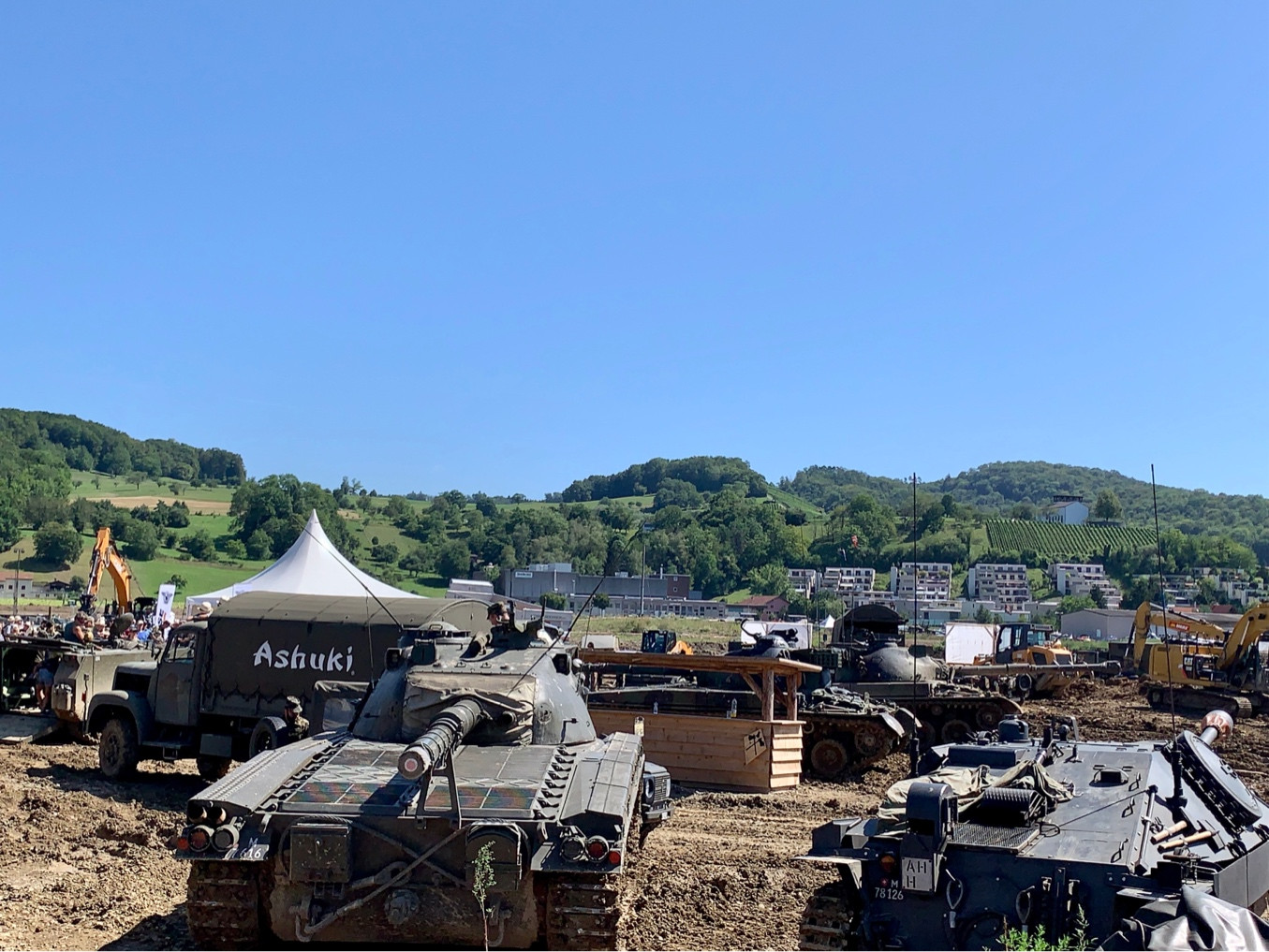 According to a page on the 'Convoy to Remember' site you linked, the one on the right is a G13, a post-war Swiss variant of the Jagdpanzer 38 "Hetzer", and the one on the left is likely a Panzer 68, a Swiss main battle tank developed in the late 1960's.

The description from Convoy to Remember can be found here, and from the picture on that page you can see the same 'AH H' and 'M 78126' markings as in your picture:

The one on the far left is less distinctive and doesn't have the same sort of ID numbers as the G13 in your picture, but from similar images I've found on the Convoy to Remember site and elsewhere it seems to be a Panzer 68. It's hard to tell because of the wood structure blocking them, but I believe the tanks in the background two more Panzer 68's.

Here's the description from the same page linked above, where you can also see a side view with the turret facing forward:

Finally, the covered truck driving past in the background is likely a GMC CCKW, a truck produced in the US in large numbers during WWII.

Not the answer you're looking for? Browse other questions tagged world-war-two military 20th-century identification photograph or ask your own question.

8
Why are modern tanks regiments called cavalry?
13
Are these Red Army uniforms authentic?
2
How "old" is mechanized infantry in terms of usage in warfare and what should be called as such?
8
What are these items in this 16th century plan of an English town?
7
What do these artillery shell stamps indicate?
16
What uniform are these gentlemen wearing?