Why did really old paintings use such bizarre, unnatural perspective/proportions?

I say "really old" because at least in the 17th century, they are all photo-realistic. (I still don't understand how anyone can paint that beautifully and realistically.)

However, let's say the 15h century or earlier, all the paintings seem to use a completely warped perspective. Nothing seems to "make sense" proportionally; people and objects seem to be able to have any size and proportions that the artist feels like using at the moment, or found convenient, or whatever the reason may be. A large ship can be represented by a contraption that barely fits a couple of people side by side, with humans of the same size next to it. It looks very strange to me, every time.

It's almost as if the entire concept of "perspective" was invented just a few hundred years ago, but that sounds bizarre. Us humans have had eyes for an extremely long time, and our brains surely haven't fundamentally changed in that short period of time, so we clearly knew that a large ship is... larger than people. It seems to make no sense to paint in such a manner. It couldn't be that they didn't "understand" this, or that their skilled fingers somehow couldn't paint it onto a canvas.

They must have had some reason. I once heard or read somewhere something about them considering the size of an object or person to equal their or its importance. While strange, it could somewhat explain this for me, but I still think it sounds very odd that they would not simply make the king or queen "glow" and have a central position in the painting, perhaps standing close to the "camera". The wildly varying proportions of everything makes it seem very abstract and surreal rather than "real".

Those beautiful, realistic paintings just a couple of hundred years later seem basically like (very well shot and lit) photographs, and I can stare at them forever in awe. The ones with "random proportions" make me angry and confused more than amazed most of the time... although the fact that they really did this is in itself fascinating to me. Which is why I ask.

It sounds like you are talking about the transition from Romanesque/Gothic painting styles to Renaissance styles. This is a big topic in Art History (or at least was when I took it back in the '80's).

A lot of this may just come back to issues of style, which of course exist because they exist. However, there were some practical differences between the two.

Almost all Romanesque and Gothic art was done on commission from some branch of the Catholic Church. This meant they were generally intending to depict ideas, beliefs, and actions. Any human figures in the scene would have just been symbolic tools toward that end.

Also oil paints and the techniques to work with them had not been developed yet. Those older paintings were mostly done with quick-drying egg tempera paint. This meant artists had a much more limited palette to work with and couldn't do details very well, so a modern "realistic" depiction of things was far more difficult. In an environment where realism is not an option, it only makes sense to lean a bit into the representational nature of the resulting art.

In fact the concept of "realism" itself was only invented the 19th Century. The word itself is first attested in 1826, and first used as we are using it in 1856. Before that, the more "realistic" Renaissance painting style was referred to as "naturalism". Both however refer to specific styles. It looks like the representational philosophy itself, divorced from style or era, is properly referred to as Illusionism or "realistic illusionism".

Anything other than photo-realism makes you 'angry and confused'? That's sad. You're missing out on enjoying a whole lot of good stuff!

Early pictorial art was often allegorical rather than strictly representational. Items were sized and placed to show their relationships and relative importance. Or just placed. Want a boat? Want an elephant? OK, here's one of each! As you say, Noah's Ark might be depicted as barely large enough for a handful of passengers. Here's a modern example of this style. (Note, two male lions!) 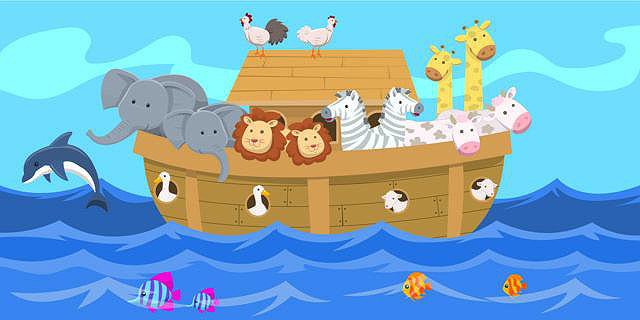 In the early 15th century, linear perspective was invented (or re-invented). Painters had great fun with their new toy! Leonardo's 'Last Supper' demonstrates impeccable perspective, but invents rather unlikely architecture in order to do it! 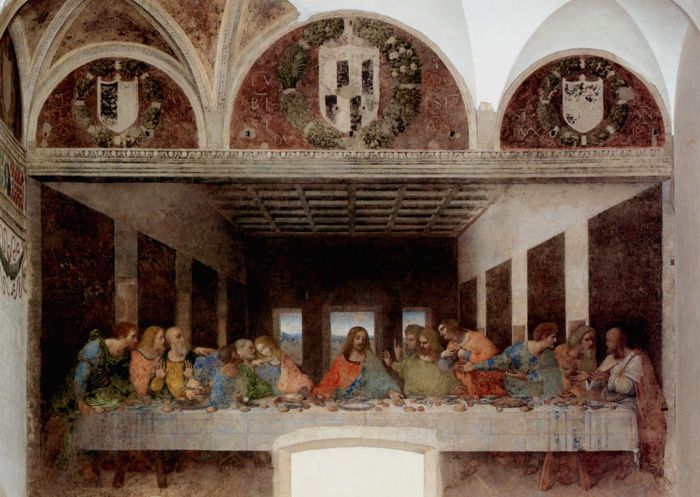 Later, 'two-point perspective' allowed a sort of 'heightened reality', 'perspective in stereo' if you like! 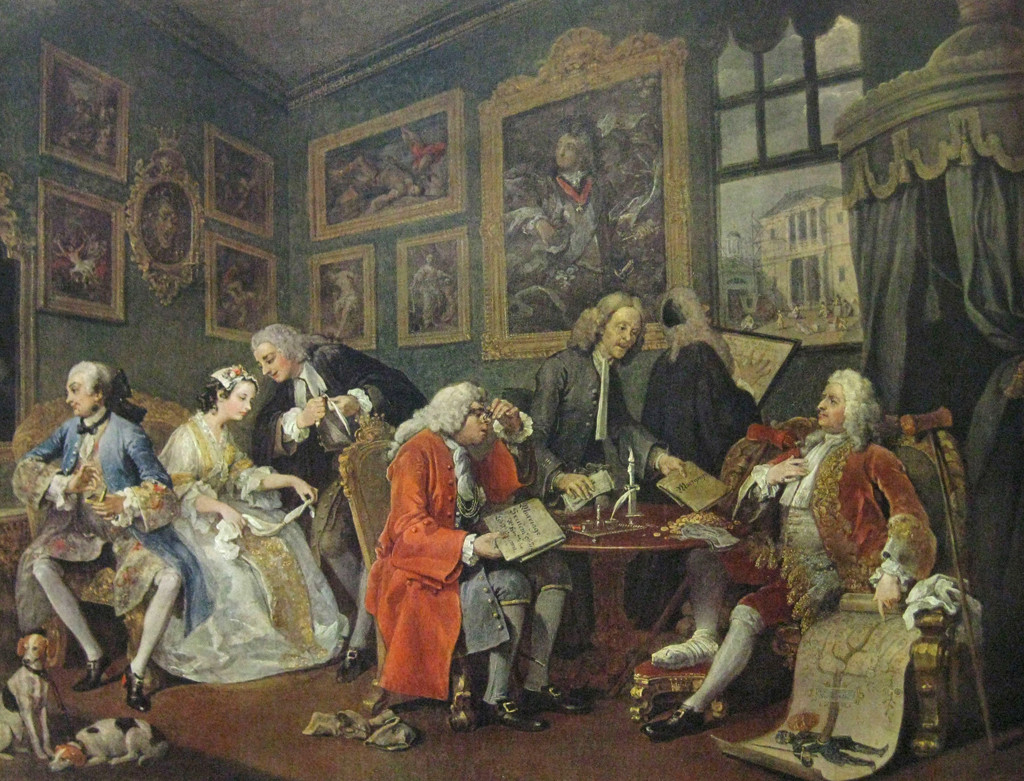 'Three-point perspective' can add a further illusion of solidity. 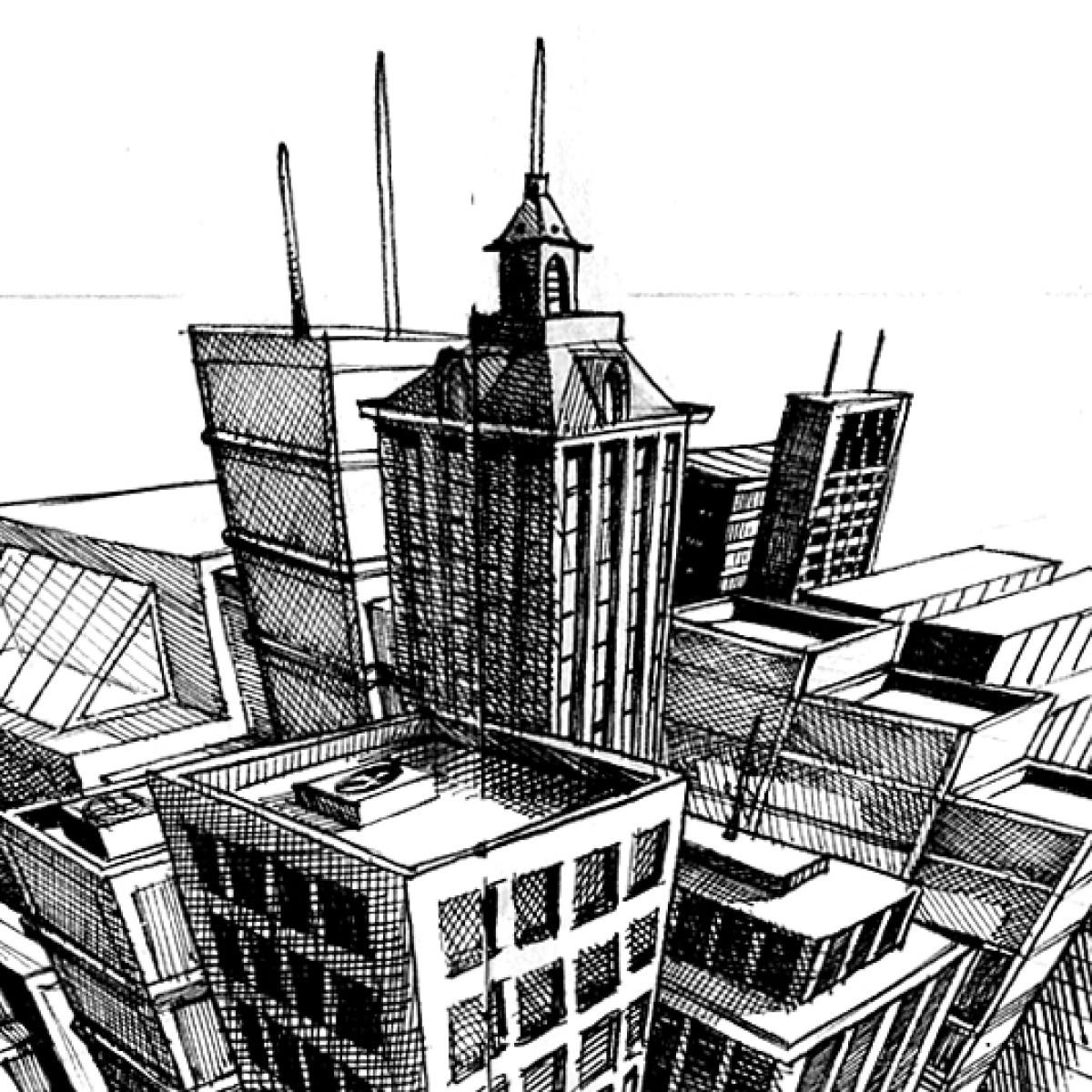 Or maybe you prefer photorealism. Unexaggerated natural perspective, as would be seen by a camera lens. 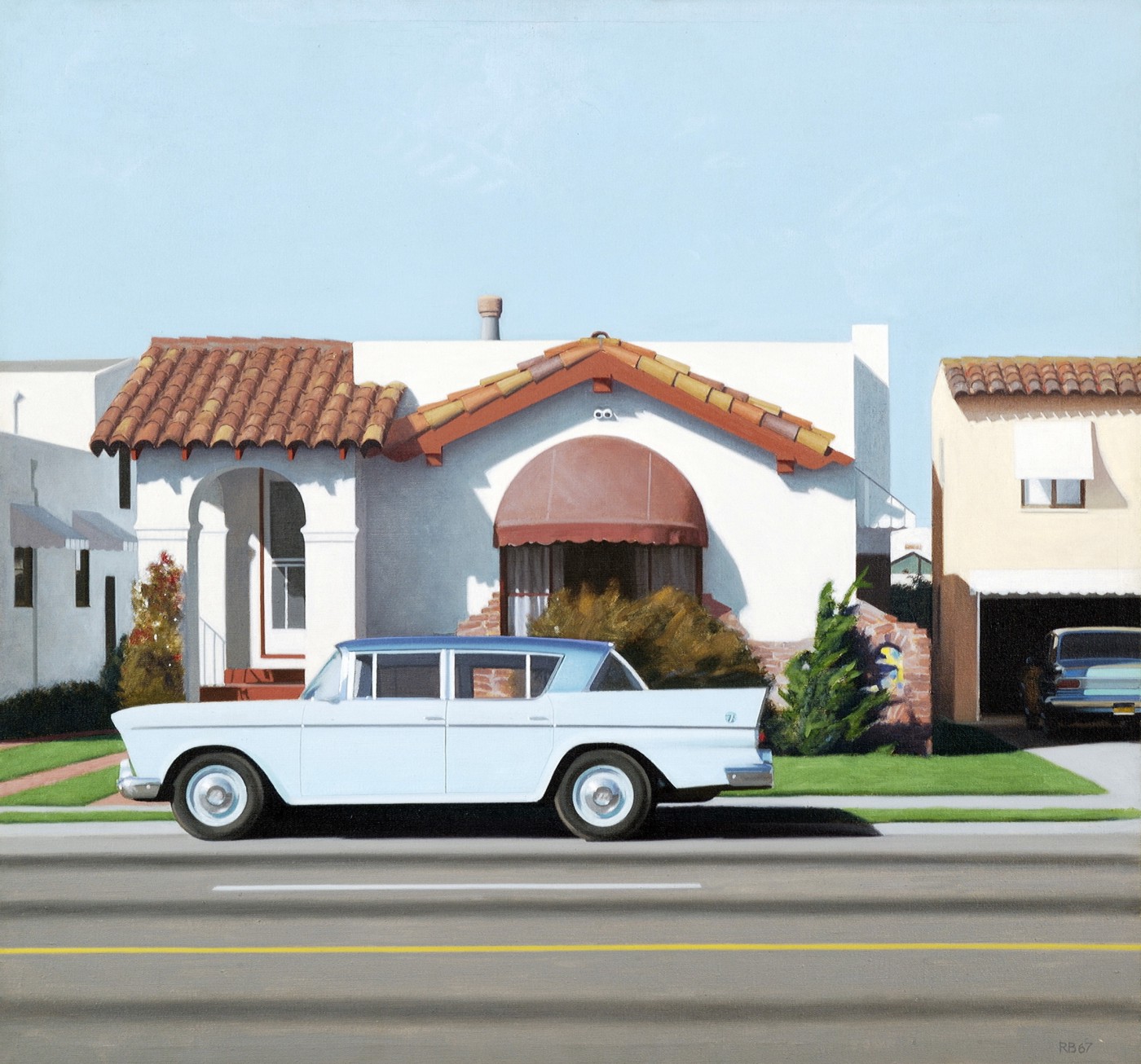 Not to be confused with Hyper-realism, where a painting or drawing attempts to fool the viewer it IS a photograph! 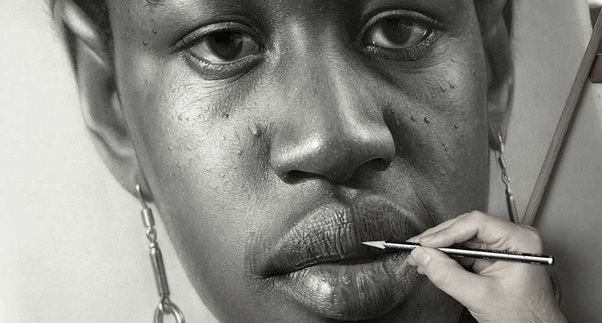 There's been some perspective around for a long time.

Look at this ceiling, from "The Vergilius Vaticanus" dated around 400 C.E. 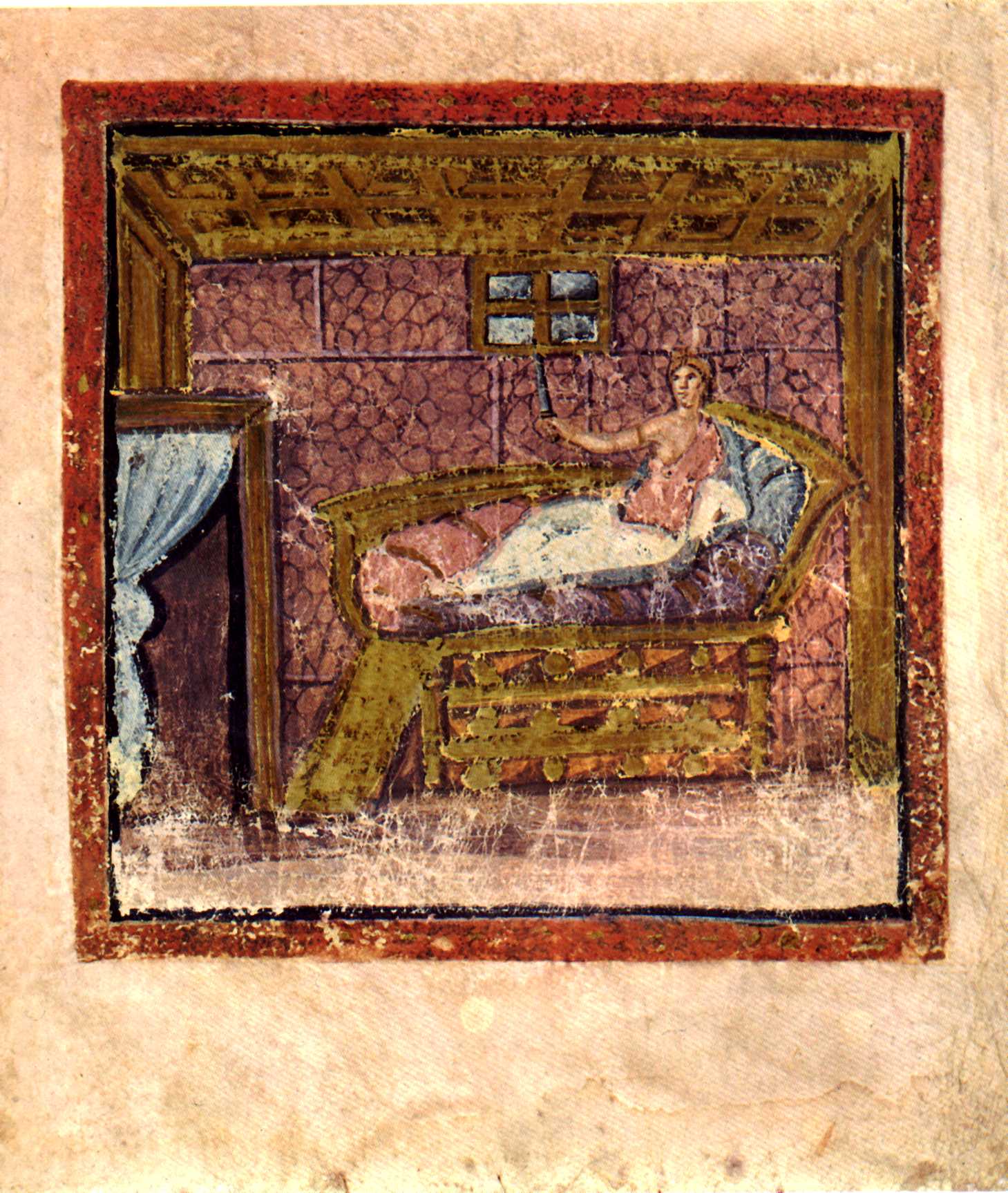 And here's a Chinese painting from around 1000 CE showing a pretty good oblique projection: 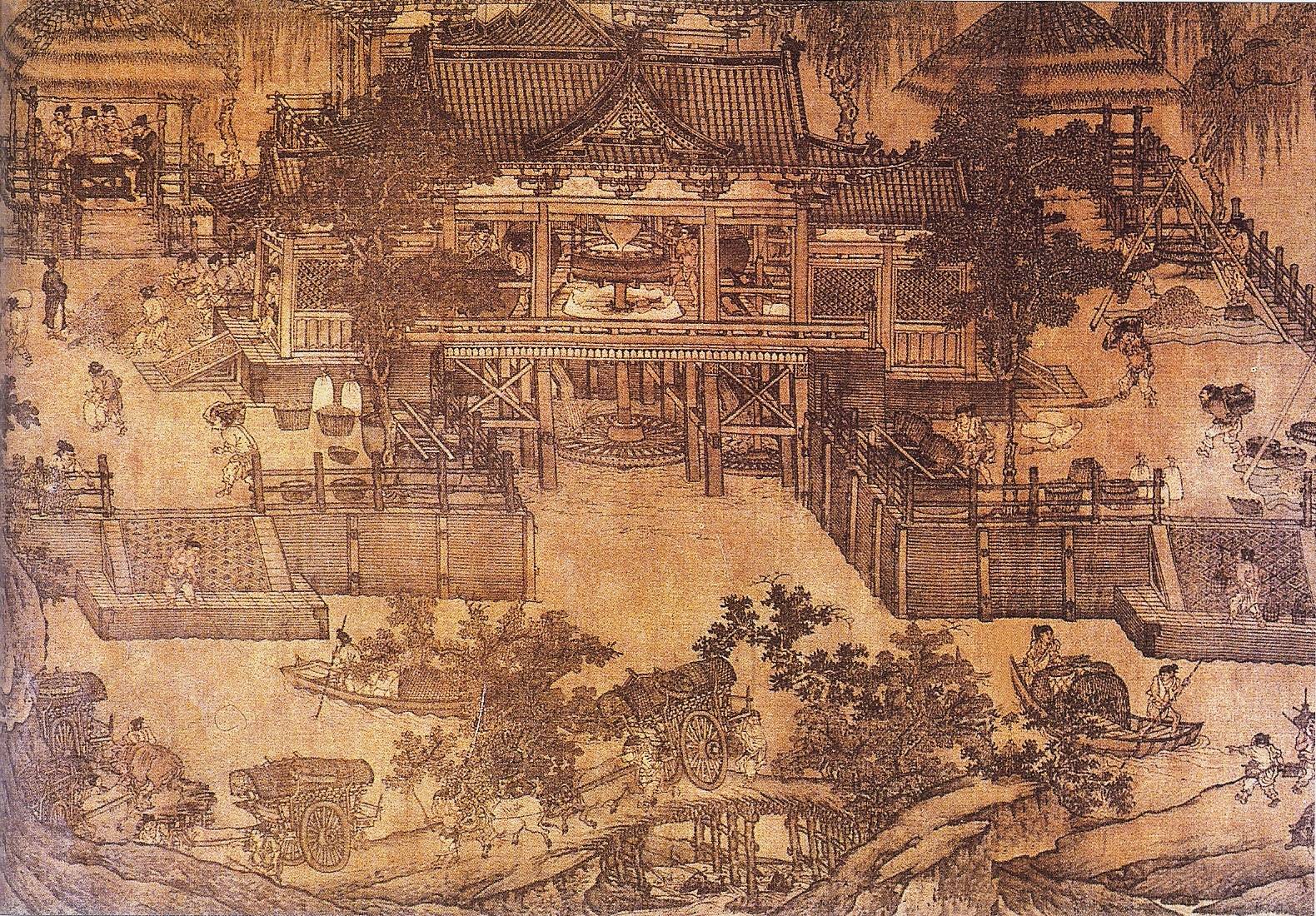 And this detail from the gigantic "Along the River During the Qingming Festival" 1085 C.E. 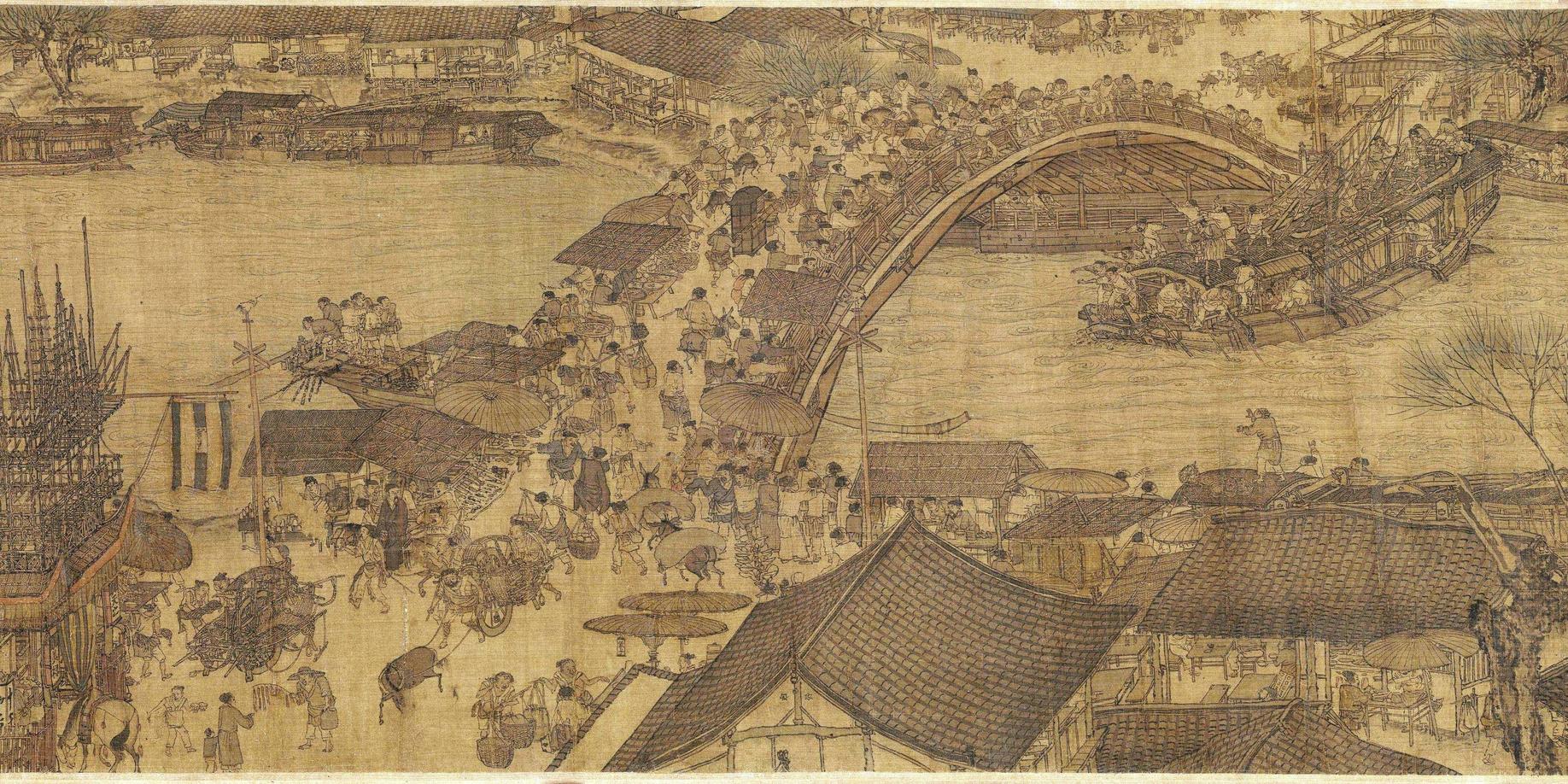 And in "Presentation at the Temple" - 1342 C.E. - there is clearly perspective on the floor tiles - but much less so in the rest of the image: 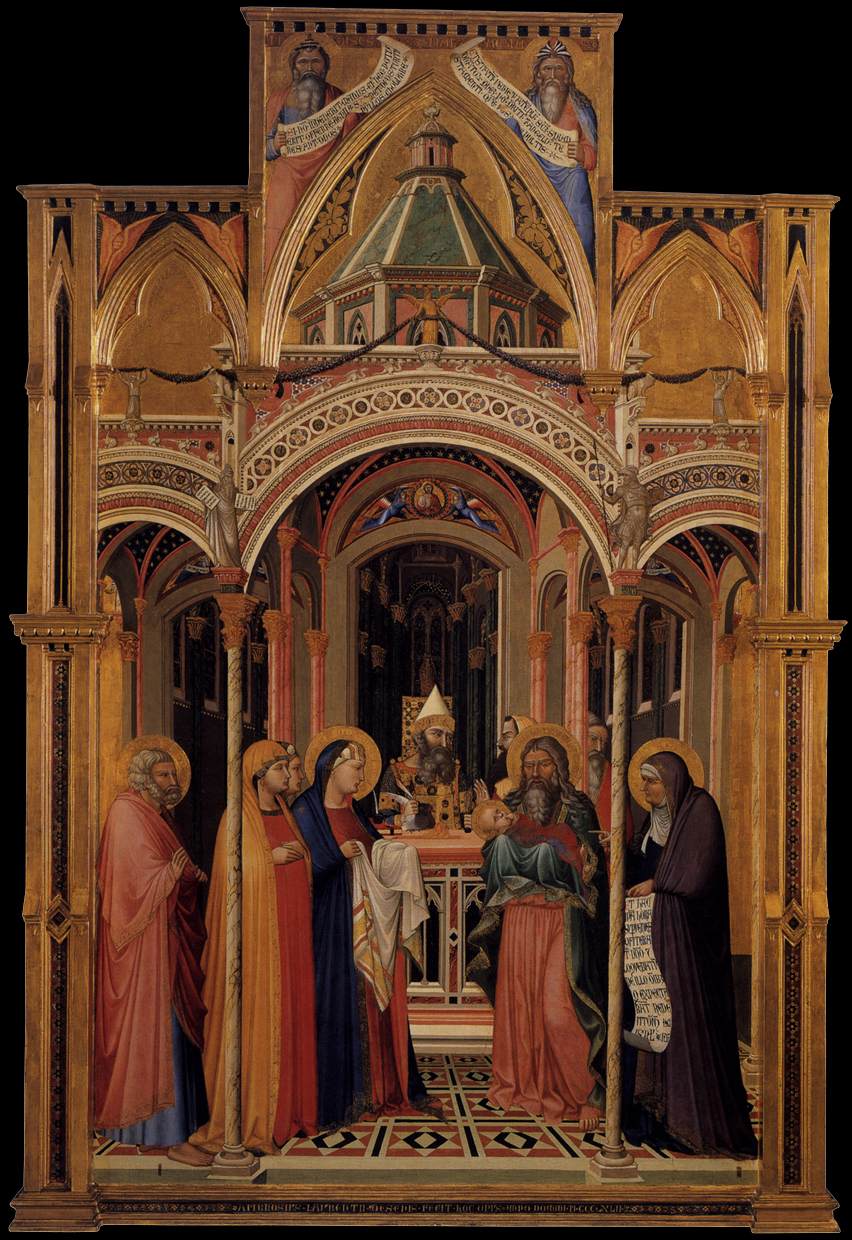 This circa-1400s print from "Romance of the Three Kingdoms" has some items in projection - and others not. Compare that table to the things on it: 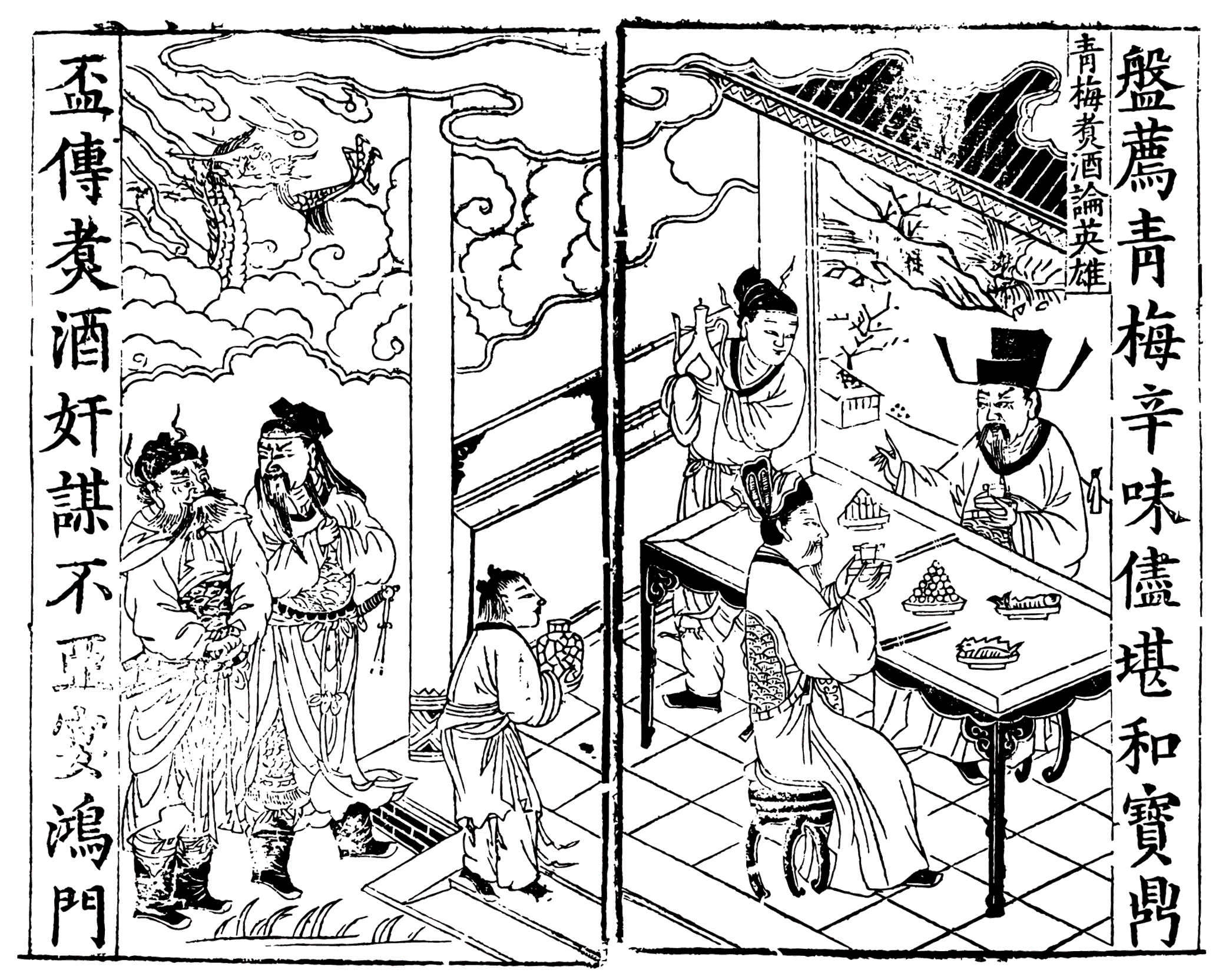 So clearly, artists noticed perspective pretty early on when they were representing things like tiled floors. It just seems to have taken a long time to understand what was going on there well enough to apply the same effect to things like wheels, bunches of grapes, and human beings.

I grabbed most of these examples from the 'History' section of Wikipedia's page on graphical perspective which you might enjoy reading.

Not all "really old" art has no perspective. True, it's not usually seen, but good examples of it show up wherever there's a culture that was rich enough to have full-time, professional artists, and that valued realism in art.

Most answer ups to now with examples of correct(ish) use of perspective in art are max from about 1000 CE, and the Roman example from 400 CE is sort of amateurish.

Here is an interesting analysis of a great example of a much older, well-executed perspective in Roman art from the Villa of P. Fannius Synistor at Boscoreale, buried during the eruption of Vesuvius on 79 CE.

As a counter-example, there's Egyptian art, which overwhelmingly used hieratic scale: the more important people and topics are physically larger, but they were perfectly capable of realism, as evidenced in their more classically-proportioned sculptures.

I remember other older examples of perspective in Roman and other cultures, but don't have the time right now to find examples. A quick search finds this interesting article with descriptions of perspective in older (~500 BCE) Greek theatrical background art.

Not the answer you're looking for? Browse other questions tagged 15th-century 13th-century 14th-century 12th-century painting or ask your own question.

14
In Europe, why were there few portraits showing a real likeness of the subject before the 15th century?
-1
Why do very old arts (paintings, sculptures) look pretty inaccurate and abstract?