What is the relationship (if any) between Skøyen and Skøyenåsen in Oslo?

In Oslo there are two neighbourhoods called Skøyen and Skøyenåsen

Skøyen and Skøyenåsen are not close to each other, though, they are roughly 10 km apart, on opposite sides of the city.

According to some sources and Wikipedia, the word "Skøyen" is of unknown etymology. Is this correct, or is there some information somewhere on the etymology?

Do these two places just happen to both share this name, or is there some relationship between them? Did one give rise to the name of the other? Or perhaps they both just share the same etymology?

It was two different farms with the same name (Bull, Akers historie, p. 11).

(The map shows the oldest names, from the Bronze age or earlier.) 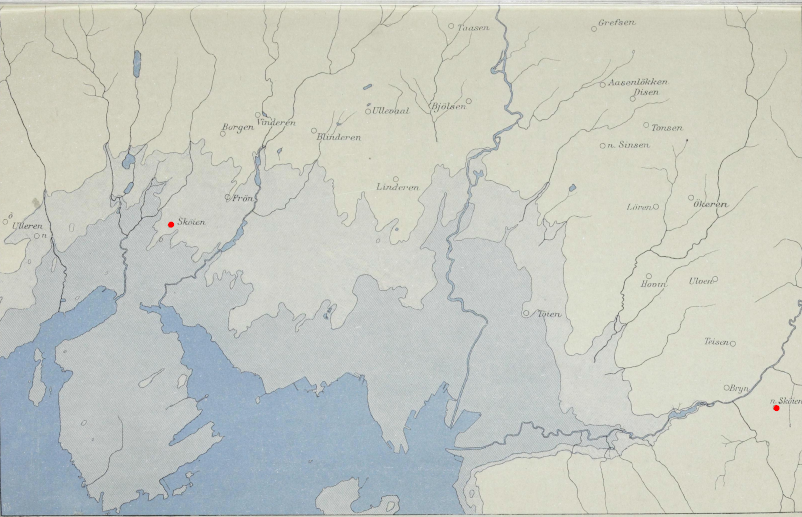 So Skøyenåsen belonged to Nordre Skøyen in East Aker.

Not the answer you're looking for? Browse other questions tagged etymology toponymy norway or ask your own question.

8
Are there any good sources on the history of the name for Kazakhstan?
2
What is the back story behind the Baja California towns of “Purgatorio” and “Providencia”?
8
What was the flower of Empress Taytu?
1
What was the capacity of Vemork power station?