Did the 1st Marine Division use the M3 carbine on Okinawa?

I wanted to know if the 1st Marine Division used the M3 infrared sniper carbine on Okinawa during World War II. 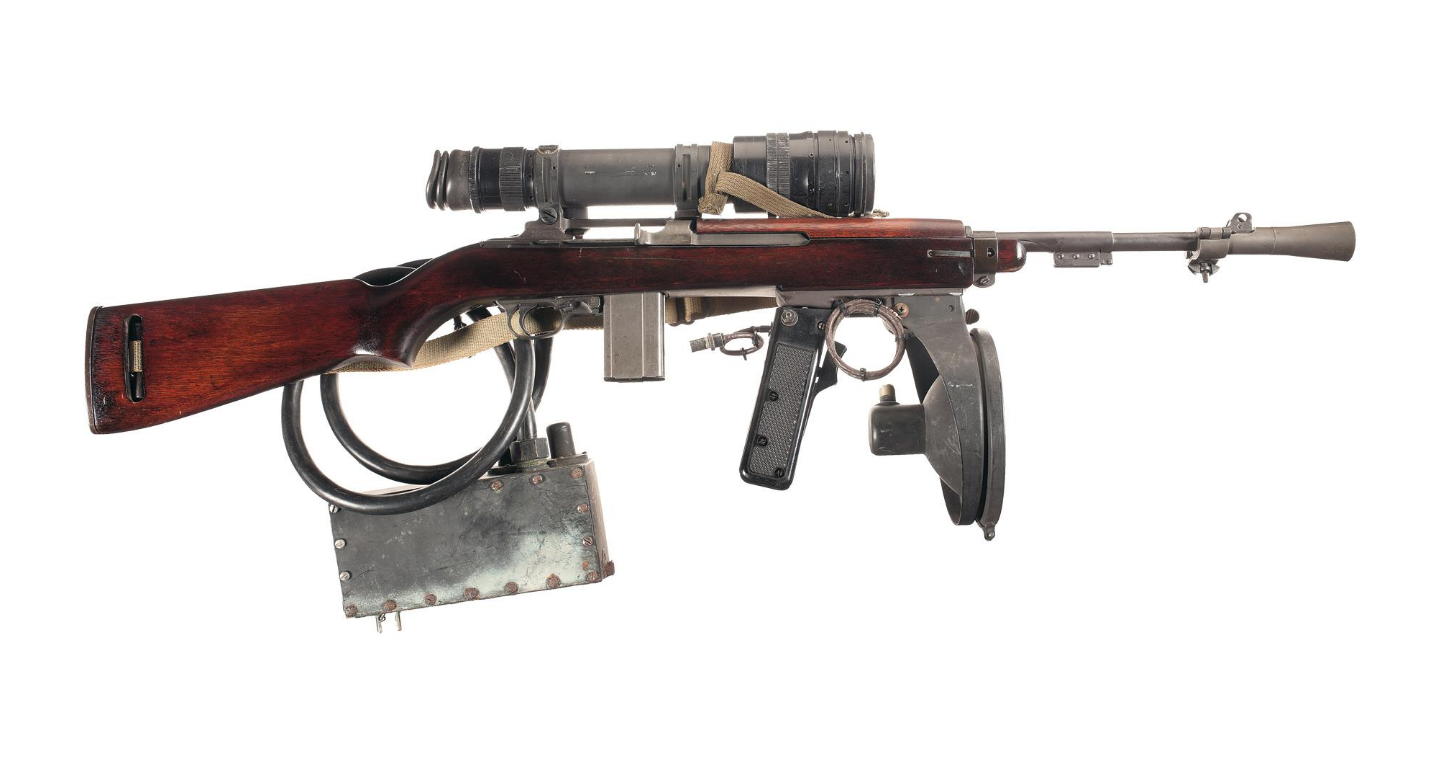 [Note: pictured is a T3 carbine with an M2 sniperscope]

While it had a scope, it wasn't a sniper weapon. The infrared scope had an effective range of about 70 meters which matched well with the short range of the M1 carbine it was derived from. The M3 was primarily used to great effect to defend against Japanese nighttime infiltration.

Was the 1st Marine Division issued any T3/T120s? I don't know, but I doubt it. It was an Army project and only about 150 were on Okinawa. I doubt they gave any to the Marines.

Not the answer you're looking for? Browse other questions tagged world-war-two war technology weapons ww2-pacific-theater or ask your own question.

11
Did the German Enigma machine use multiple encryption keys?
2
Was Marine Corps B. Gen. Evans Fordyce Carlson — leader of the Carlson Raiders — suspected of being a communist?
9
Why were Soviets so extremely effective snipers in WW2?
2
Did French Seamen Join the US Merchant Marine in WWII?
11
Why was the Aeolipile not put to practical use in classical antiquity?
18
Did the Germans use the V1 and V2 missile system on the Eastern Front in World War 2?
2
How frequently did the KMT use telegrams to communicate; from where (roughly) and to whom?
15
When was the first electrical intra-battlefield communication?
42
Why was capturing the south of Okinawa necessary?
10
Why did the US Navy and Marine Corps use satanic symbolism in WW2?