Tullia was the daughter of the great Roman politician Cicero. She had a few marriages and according to English Wikipedia she had two sons, the first one of which died the same year it was born. Tullia gave birth to the second son in 45 BC, who survived. The English Wikipedia doesn't say anything more about that.

Do we know anything more about her second son (name, what happened etc)? Since Cicero lived two years longer than Tullia, one would assume that Cicero would have said something about the grandson in his letters, but that's maybe a longshot.

Yes. Cicero did mention his grandson in very few letters that we know. But we do not know very much about this child, except that it was born away from its father Dolabella, who by then went by the name of Lentulus, after an adoption of his into that plebeian family, to get into the political office of tribunate. A short bout of letters and no further mention of the child led to the conclusion that it also died very soon after birth, shortly after its mother, early in 45.

Tullia’s child was also a son and was born safely, some time in January. Asconius (5C) tells us the birth took place at Dolabella’s house, but he does not mention the divorce, so he may be making an assumption. It is more likely that the baby was born at Cicero’s house. […]

The baby was called after Dolabella and presumably recognised, by letter, as Dolabella’s younger son. Tullia, probably some weeks later, was taken to the villa at Tusculum to convalesce. She died there in February, no doubt of complications. We do not know where she was cremated (perhaps in Rome) or where the ashes were deposited. She was perhaps thirty-two. […]

There are no letters to Atticus in December, January (both Cicero and Atticus were in Rome) and February. The correspondence resumes on 7 March, when Cicero had hidden himself away at Astura. So we have no details on Tullia’s illness and death. Cicero grieved long and sincerely. […]

‘I should like you some time, when it is convenient to you, to visit baby Lentulus and choose slaves, as you think fit, from the staff and assign them to him’.

It sounds as if the baby was at Cicero’s villa at Tusculum (rather than in his house in Rome, where it would have been easy for Atticus to drop in), for it appears the baby is in the same place as the household slaves, who seem to be Cicero’s own, perhaps including those who had loved and served Tullia. A wet-nurse (unless Tullia suckled him herself as long as she could) and other staff must have been found for him at birth.
These are extra attendants of some sort, perhaps a doctor or a male paedagogus, for instance, or child companions, and possibly they are to be transferred to the baby’s ownership. In any case, we see Cicero taking a close interest in the baby’s welfare. There is a follow-up letter thanking Atticus for visiting him and asking him to assign whichever servants and as many of them as he decides. Unhappily, this is the last mention of the child, who probably died in infancy.

The letters mentioned are classified as follows (formatted as quote, but shortened from the endnotes):

According to Publius Cornelius Dolabella's Wikipedia biography, the second child of Tullia and Dolabella was born in 45 BC and named Lentulus. Unfortunately Lentulus is suspected to have also sadly passed away very young.

In 45 BC Tullia divorced him and gave birth to a son named Lentulus at her father's house, some weeks after the birth she died of complications and the boy is suspected to have passed away young.

Families in the Greek and Roman worlds

The source for this claim comes from a book named Families in the Greek and Roman worlds:

We know that Cicero made provision for his short-lived grandson, the child of Dolabella and Tullia in 45 BCE. 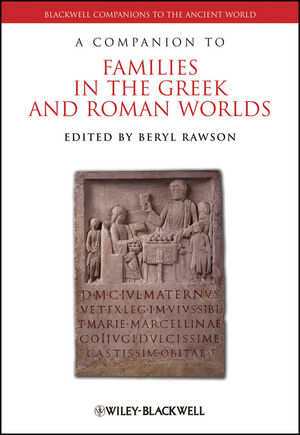