But I don't see "Senior Superintendent" on Wikipedia "Great Britain Police Ranks and Insignia" or its headings for City of London or Metropolitan Police. Superintendent jumps to Chief Superintendent.

If answer is no, what happened to rank SSP in U.K.? Why no more SSP?

your answer appears to be on wikipedia

The rank structure, organisation and insignia are similar to those used by the Metropolitan Police Service until the mid-1970s.[41]

According to the official web site of the Hong Kong Police Service, on both it's Rank and Promotion page 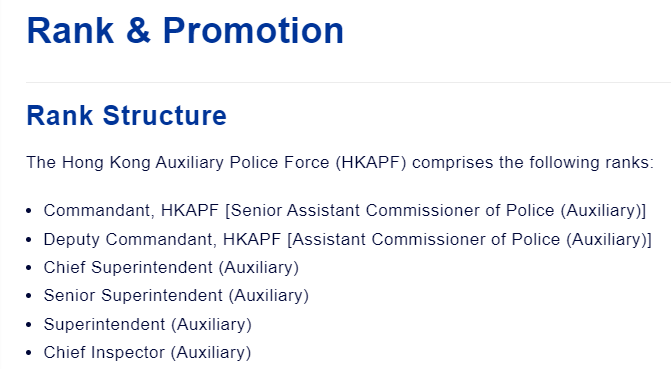 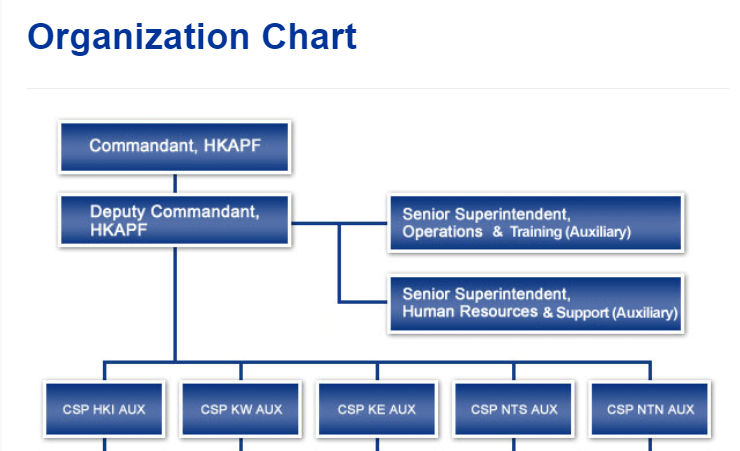 According to your Wikipedia reference, the traditional Chinese and insignia are:

Comparing to British Police Services, there is considerable variation in the gazetted ranks between for example Scotland Yard, London Police, and Metropolitan Police. This is to be expected, with the size and responsibility of the various services varying considerably - the larger forces having an additional rank or two at the top level. 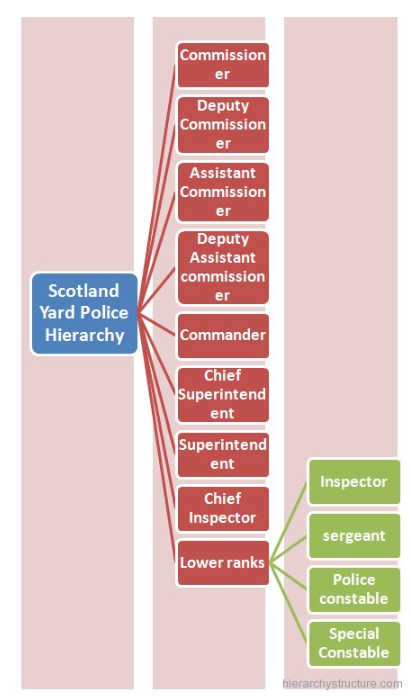 Note that while City of London has just 5 ranks above Chief Inspector, the Metropolitan Police and Scotland Yard have 7. Hong Kong also has just 5, the same as City of London, befitting a force of similar size and responsibility. Northern Ireland also has 5, while the Isle of Man has only three. It's less about the precise names for the gazetted ranks, though the common history clearly shows, but rather the responsibilities.

Not the answer you're looking for? Browse other questions tagged police or ask your own question.

7
What were the ranks in the Army of Imperial Spain?

19
Private firms (aka mercenaries) as a police force
19
When did one-way mirrors become widely used by police?