What are the hay effigies in this Japanese movie?

I am moving this question from Movies.SE in hope of getting the answer here

The movie The Blind Swordsman Zaitochi (2003) takes places somewhere in a small town in Japan, probably around the 19th century (one of the characters tries to shoot using a revolver). During the movie, the main character witnesses a procession carrying hay effigies, that are later placed on the fields: 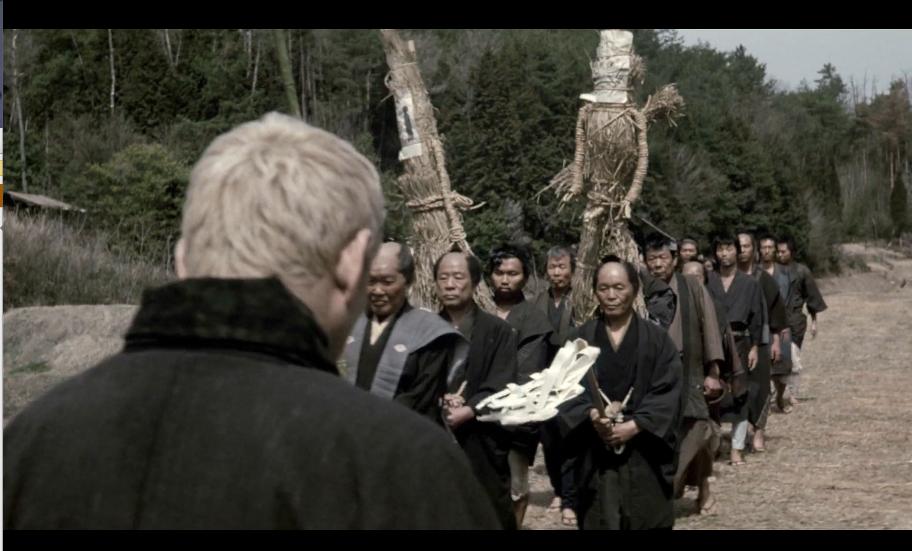 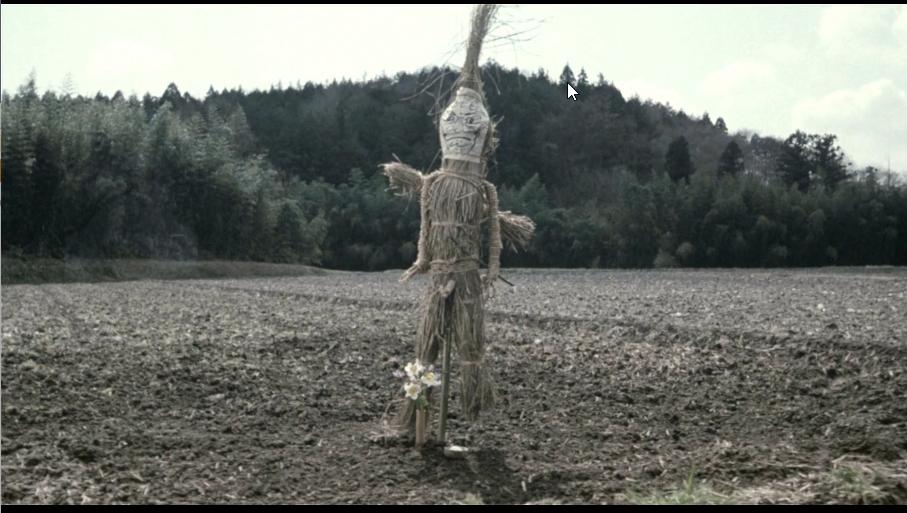 Initially I thought that they are just scarecrows, but the whole procession (and a bit of reverence when the main character picks up the fallen effigy) suggests that they might have a bigger cultural or religious meaning.

What are those effigies? What do they represent and what is their purpose? If they are just scarecrows, why there is such a huge ceremony involved?

It's a scarecrow, but, in Japan, the setting up of the scarecrow is a ritualized process:

... the Scarecrow Festival or Kakashi Matsuri takes place in autumn, from 8th-16th September [Dates were specific to a locaton]...

Japanese farmers invited the god of agriculture to leave his home in the mountains each spring and enter their scarecrows, called kakashi. The kakashi could see everything, and the birds who landed on them whispered secrets to the god. When the autumn harvest was completed, the kakashi were taken down and stacked in a pile. The farmers prepared rice cakes to thank the god for his service and to provide food for his long journey back to the mountains. After the rice cakes were placed around the kakashi, the pile was set ablaze and the god was released. The ceremony was known as “The Ascent of the Scarecrow.”
—'The Wise Scarecrow of Japan and the origin of Scarecrow Festivals, Rituals and Legends'

@KillBean's comment reference to Kuebiko is apposite as that kami is the first recorded instance of a deified scarecrow.

This gallery includes many other pictures of very well decorated scarecrows.

Not the answer you're looking for? Browse other questions tagged japan cultural-history edo-period or ask your own question.