Did any deputies in the USSR ever get recalled via provisions in the 1977 constitution?

Many socialist countries, including the USSR, had provisions in their constitutions for recalling deputies by voters/citizens.

For instance, 1977 constitution of the USSR has

Article 107. Deputies shall report on their work and on that of the Soviet to their constituents, and to the work collectives and public organisations that nominated them. Deputies who have not justified the confidence of their constituents may be recalled at any time by decision of a majority of the electors in accordance with the procedure established by law

Was recalling of deputies ever done in practice in the USSR using the procedure outlined in article 107?

All Soviet constitutions, starting from Soviet Russia Constitution of 1918 (link to article) had provisions to recall deputies.

Deputy recall was not a grassroots-driven instrument, just like the elections was not open and free, in all cases it was a way for the party to punish those out of line and in the turbulent 1930s was likely used as one of the mechanism to purge "enemies of the people".

By the time of Era of Stagnation in 1970s purges were over and deputy recall was likely very rare (perhaps, with exceptions when deputies were convicted of criminal offenses, that were kept quiet from general public to avoid casting shadow on the official institutions). It is important to understand the larger political context in the USSR: the deputies in voted unanimously and in most cases gave rubber-stamp approval for decisions already made propagated top down from Politburo. 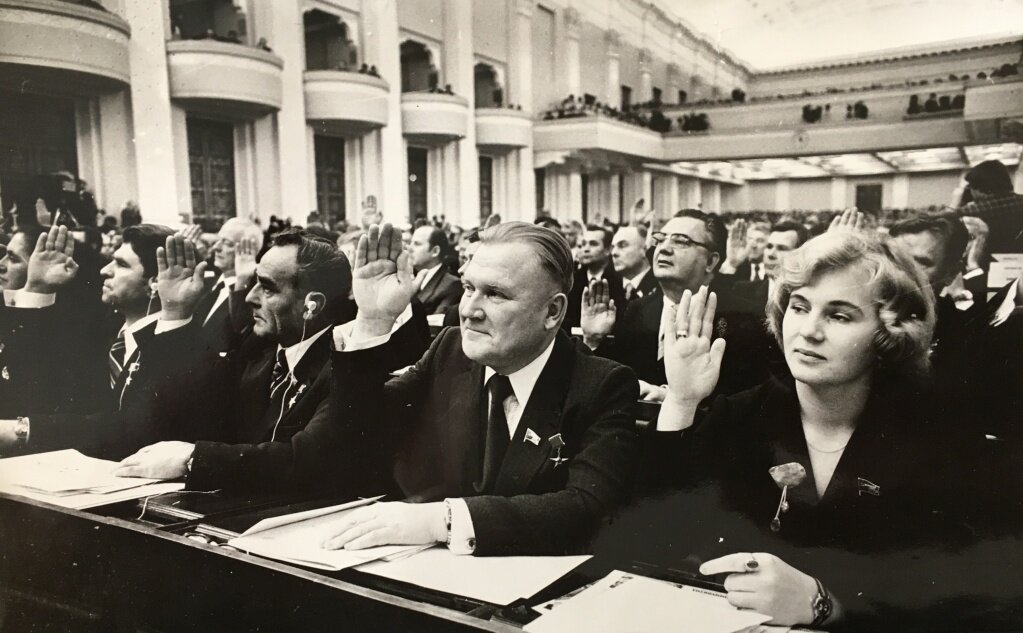 3
Was it Stalin behind the idea of universal elections in the USSR?
20
Was German ever an official language in the USSR?
7
Did Engels and Welles ever call for the extermination of Basques and Serbs?
16
In the USSR, what if any was the formal, ideological response to the Cultural Revolution in China?
16
Why did the USSR preserve the national republics?
5
Did Hitler, or any non USSR residents in the 30s-40s know about Stalin's purges?
18
Why did people in the USSR participate in elections?
12
Why did the USSR annex Tannu Tuva?