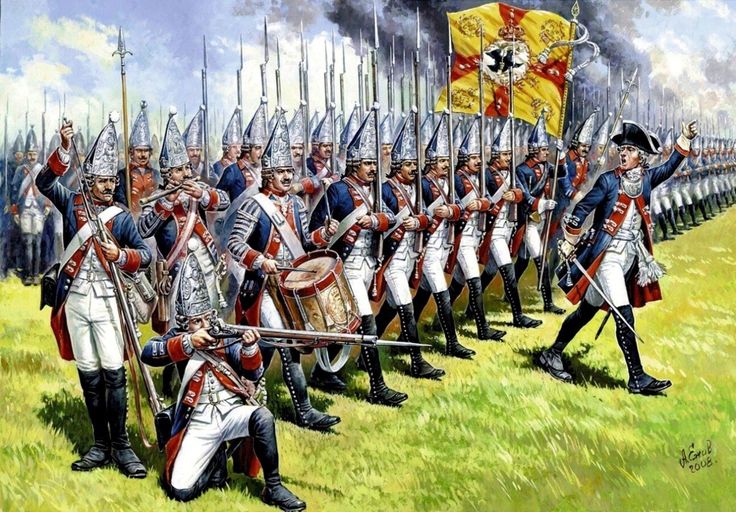 Reset to default
25
Want to improve this post? Add citations from reputable sources by editing the post. Posts with unsourced content may be edited or deleted.

The idea was to let an entire regiment fire simultaneously on an opposing regiment. Usually you hit something, if within range. Shooting at anything over 100 meters was hopelessly optimistic. Even if one regiment fired on another regiment.

The illustration is created with what is called artistic liberty. The uniforms are pretty decent, but the action is anything but. Why would a drummer walk in the front line? That's one musket less for shooting, and a more valuable target (the drummer) needlessly exposed.

Muskets in the era didn't have rifling. The bullet was round, fitted not too close in the barrel. A tight fit would help with the accuracy, but at the cost of reloading speed. Which wasn't particularly high to begin with. So, the musket couldn't be accurate. That's why it didn't have sights, or at best a front sight only. And it's the reason why entire regiments shot at other regiments. You needed that many muskets to shoot at such a large target in order to hit something.