Do the edges of the CK3 map reflect real discontinuities in the medieval world?

Crusader Kings III was released a week or so ago, mostly to critical acclaim. I, too, have played the new release, and enjoyed it thoroughly. However, the while the new map is significantly better than its predecessor, the matter of where the edges are drawn is still causing me a bit of unease. Do they actually reflect real geographical and/or cultural discontinuities/separations/gulfs/etc in the medieval world?

This is what the map looks like for the 867 AD start. 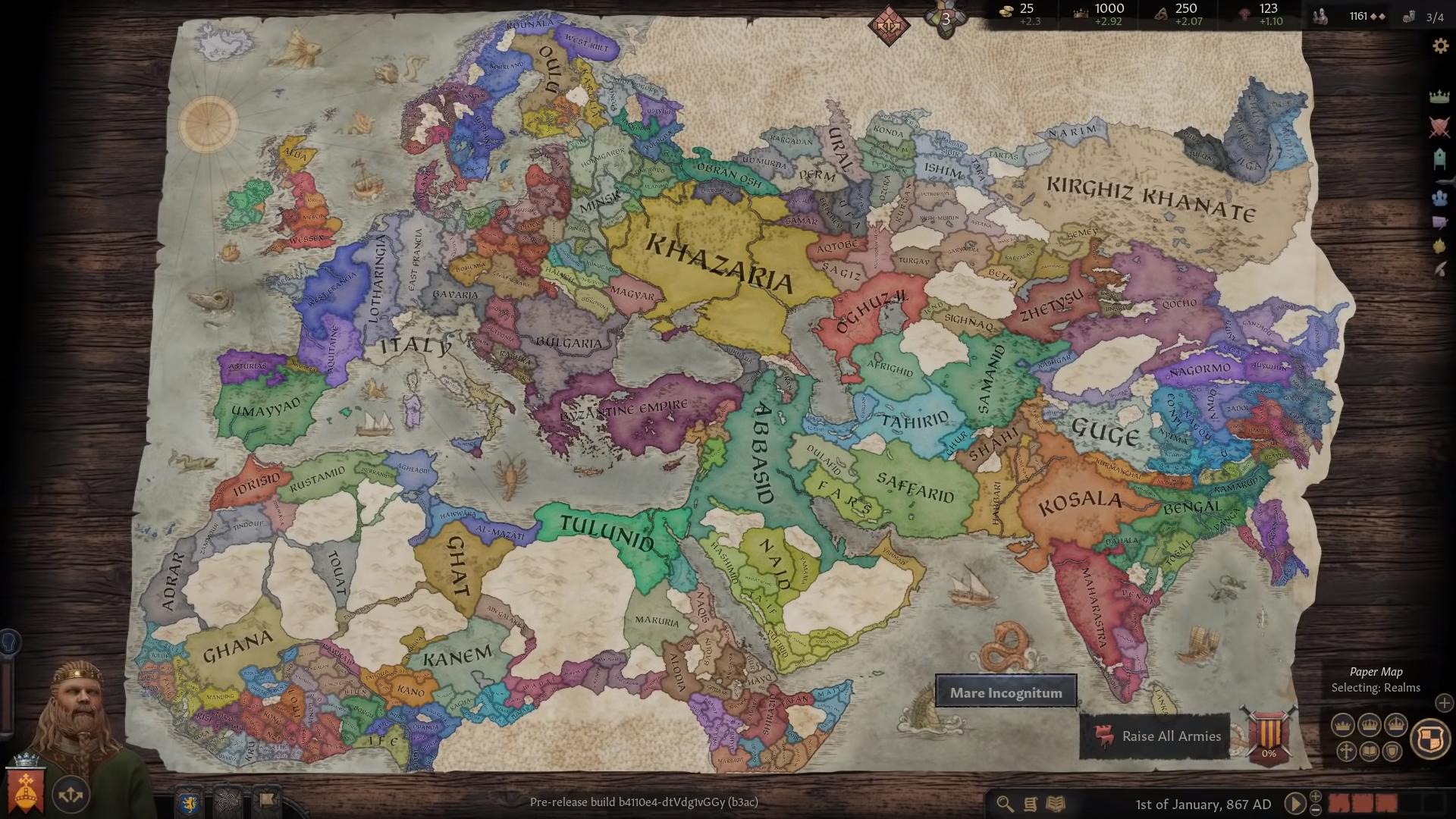 And this is my take on the four edges: north, west, east and south.

This, I think, is the least contentious edge. The 'wide and wasteful' arctic ocean presents an impossible barrier even today. The only things north of Norway's North Cape are Svalbard and the ice cap, neither of which were inhabited in medieval times.

The closest thing to a criticism of the map's northern edge that I can think of would be that large parts of northern Russia have been excluded from the game. But these regions are sparsely populated even today, and had little impact even on Russia's more temperate climes.

This, again, is fairly uncontroversial. Leif Erikson may have landed in America, but the true significance of his voyages wasn't realised until centuries later. Even Madeira wasn't discovered until 1420, so the Atlantic makes a good western edge.

This edge would be the one that has aroused the most controversy amongst the community, but I personally am quite happy about it. The Gobi desert is a natural barrier between China and Mongolia, just as the Himalayas are a natural barrier between China and Tibet (or between Tibet and the rest of China, depending on your politics). If you're going to exclude China from the map, this is the way to do it.

For me, the one question mark over the eastern edge is the cutoff between Burma/Myanmar and Bangladesh. Perusing Google maps, there are almost no roads joining the two modern day countries, and Bengali is an Indo-European language whereas Burmese is Sino-Tibetan. On the other hand, Burma was part of British India. Is this a reasonable place to draw such an absolute border? Was there much contact between Bengal and Burma in the middle ages?

The southern edge represents the biggest change from CK2's map, which had drawn a straight line through both Ethiopia and Mali. The new edge is a massive improvement, but I still have two queries:

Browse other questions tagged middle-ages travel cartography or ask your own question.

8
What evidence is there of Asians and Africans in medieval Britain other than Moors in the 7th century?
26
Were there inns and hostels in medieval Europe?
1
What animals did South East Asians ride in the Middle Ages?
7
What sort of maps did the ancient Greeks make and distribute?
4
To what extent did the medieval European peasantry know their extended family?
5
When did the Portuguese decide to extend their West African exploration to finding a sea passage to India?
23
Was frequent bathing for personal hygiene in medieval Europe common or not?