Why did Robert Walpole get painted with a crown on his right side?

In this painting of Robert Walpole by John Theodore Heins Robert is painted with a crown on his right. Robert Walpole is according to Wikipedia "a British politician who is generally regarded as the de facto first Prime Minister of Great Britain". 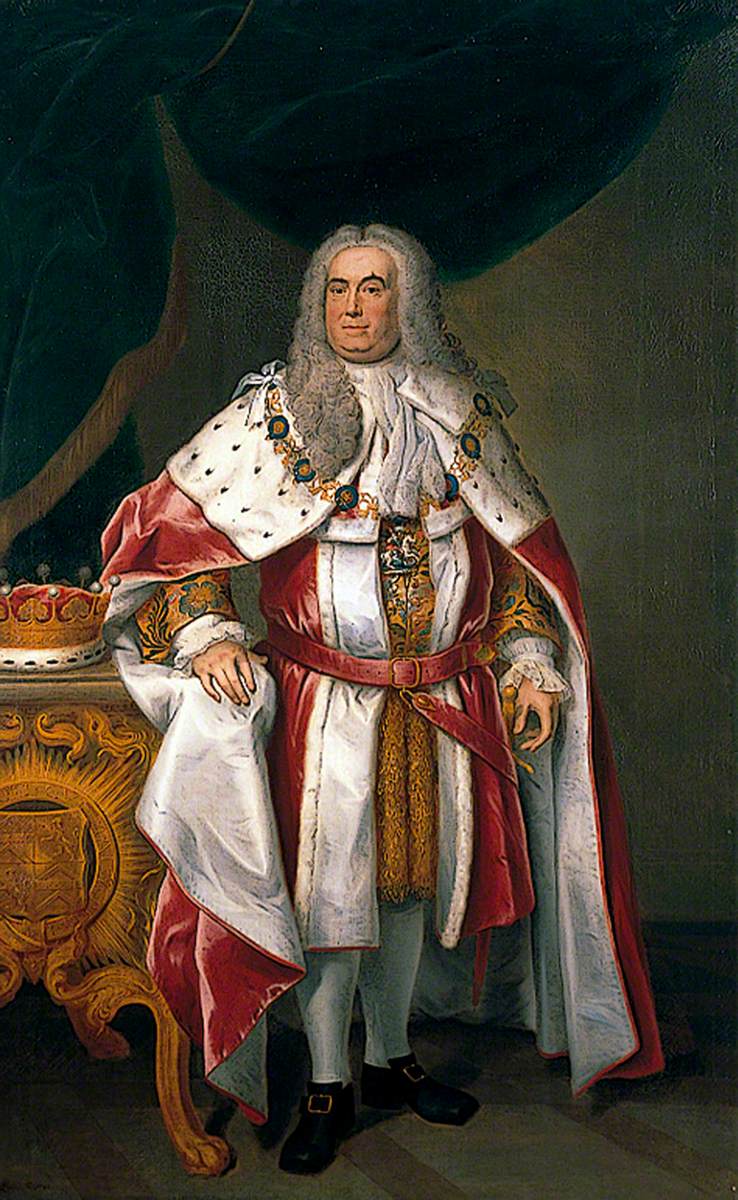 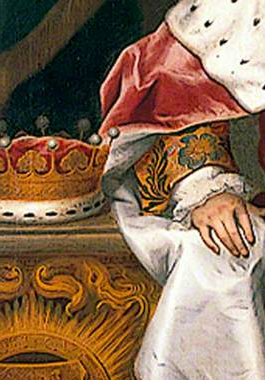 pictured above : Portrait of Sir Robert Walpole (1676-1745) Earl of Orford, painted by John Theodore Heins (1697-1756) followed by a close-up of the crown. attributed to Norwich Castle / Public domain

When looking at a portrait of him I noticed a crown on his right which looked odd to me since Walpole certainly wasn't royalty and the way this portrait is painted reminded me of royal portraits, like for example the portraits of his contemporaries George I and George II which use many of the same elements:

So my question is : Why did Robert Walpole get painted with a crown on his right side?

I have searched a lot on the Internet but with no avail, am I missing something obvious here or is the answer a little more nuanced?

The painting shows Robert Walpole in his full regalia as First Earl of Orford. The "crown" is not, in fact technically a crown, but rather a coronet, which forms part of that regalia.

The Wikipedia article includes a series of images depicting the coronets for various British coronet rankings. I have reproduced the image of an Earl's coronet below:

The portraits of King George I and King George II that you have added for comparison also show them with their royal regalia, including their crowns, orb, and sceptre.

Not the answer you're looking for? Browse other questions tagged art 17th-century great-britain or ask your own question.

5
European painting of a man standing on a dragon with his sword drawn, who painted it/what century is it from?
9
Why did Fakhr-al-Din seek a treaty with Tuscany, of all places?