Can anybody help identify this uniform ? Circa WW1

I presume this photo is circa WW1. Can anybody identify which unit, regiment and rank, this would be very helpful. 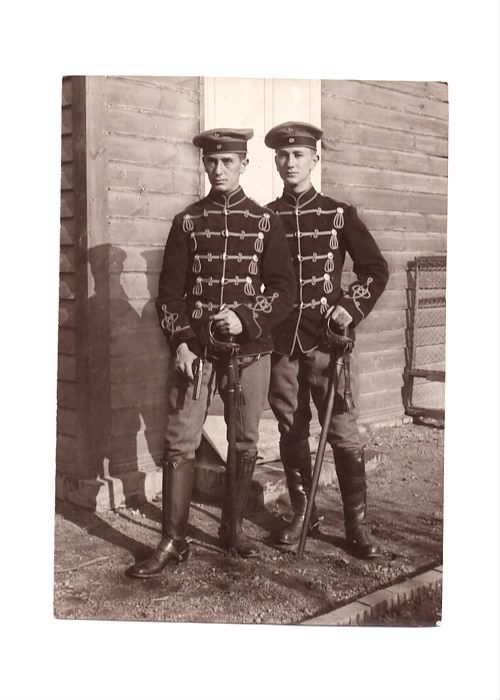 This is a partial answer. This looks like a German Hussar uniform, as shown on the web page. This style of jacket (called an "Atilla") seems to be a distinct part of the uniform of Hussars. The cap badge is distinctly German. But the German Army had many Hussar regiments, and I don't know how to tell the rank. Their youthful appearance, and the lack of extra decoration, make me think the two figures in the photo were relatively junior in rank.

Looks like the same one at West Point. https://history.army.mil/museums/IMCOM/westPoint/index.html

very bottom of the page, on the right. 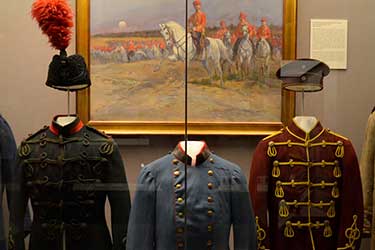 Not the answer you're looking for? Browse other questions tagged military world-war-one identification uniform or ask your own question.